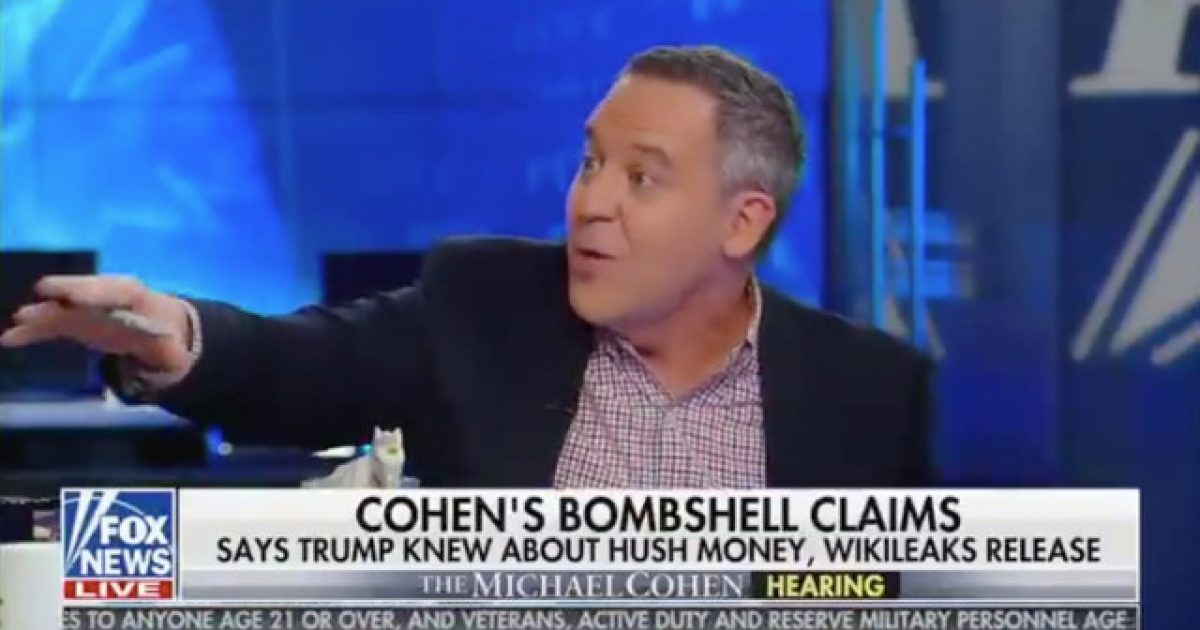 Things got a little tense between Fox News hosts Greg Gutfeld and Juan Williams after the left-leaning voice on “The Five” accused Gutfeld and others of being “deep in the bunker.”

The increasingly tense exchange, which resulted in Gutfeld threatening to throw Williams off the set, occurred during the co-hosts’ analysis of the testimony of Donald Trump’s former personal lawyer-turned-“rat” Michael Cohen.

Cohen told the House Oversight Committee Wednesday that his former boss — for whom he once said he’d “take a bullet” — is a “racist,” “conman,” and a “cheat,” who has been involved in “illicit acts.” Presenting what he describes as “irrefutable” evidence of Trump’s wrongdoing, including after taking office, Cohen painted Trump in all the ways Democrats have repeatedly portrayed him. But Cohen also admitted that he had no evidence whatsoever of collusion and failed to present solid evidence of clear illegal actions.

“Gosh, are you guys gonna ever let me finish!” exclaimed Williams.

“No, because you’re always ‘finishing’!” said Gutfeld. “There’s somebody sitting there who hasn’t said a damn word!”

“You are so deep in the bunker and—” Williams began, but Gutfeld, clearly livid, cut him off.

“Again, you’re so blind, because you, like Greg, are deep in the bunker.”

“You know, if you say that again, I’m going to throw you off the set,” says Gutfeld, apparently serious.

“Because you know what the bunker means?” says Gutfeld, leaning in and pointing at him across the table. “What your intimating is that who is in the bunker? Adolf Hitler, correct?”

“No I was not,” says Williams.

“You’re so far off,” says Williams, repeating, “No,” and trying to explain himself.

“You choose the worst intent of people’s words,” says Gutfeld. “Like when I say that I believe something, I’m in the bunker.”

Things getting a bit heated today between @greggutfeld and @TheJuanWilliams on @TheFive – Clip: pic.twitter.com/nyf0sU76FN

There’s about to be a fist fight on Fox News pic.twitter.com/PeNmDYIGc8

Wow. Was that intense or what? We’ve all seen Gutfeld get really wound up in the past, but in all honesty, it really takes a lot to get him this ticked off. That should tell you just how badly Williams was getting under his skin.

Was Williams really referring to Hitler with his bunker comment? Could be, but it seems more likely he was referring to the idea of being in an insulated bubble surrounded only by an echo of your own ideology, rather than looking at objective facts.

If that’s indeed what he meant, then the same charge could be levied at him and other Democrats. If, however, he was referring to Hitler, well, his comment is rude, off color, and inexcusable.

Regardless, it must’ve been an entertaining segment to behold live on the air.