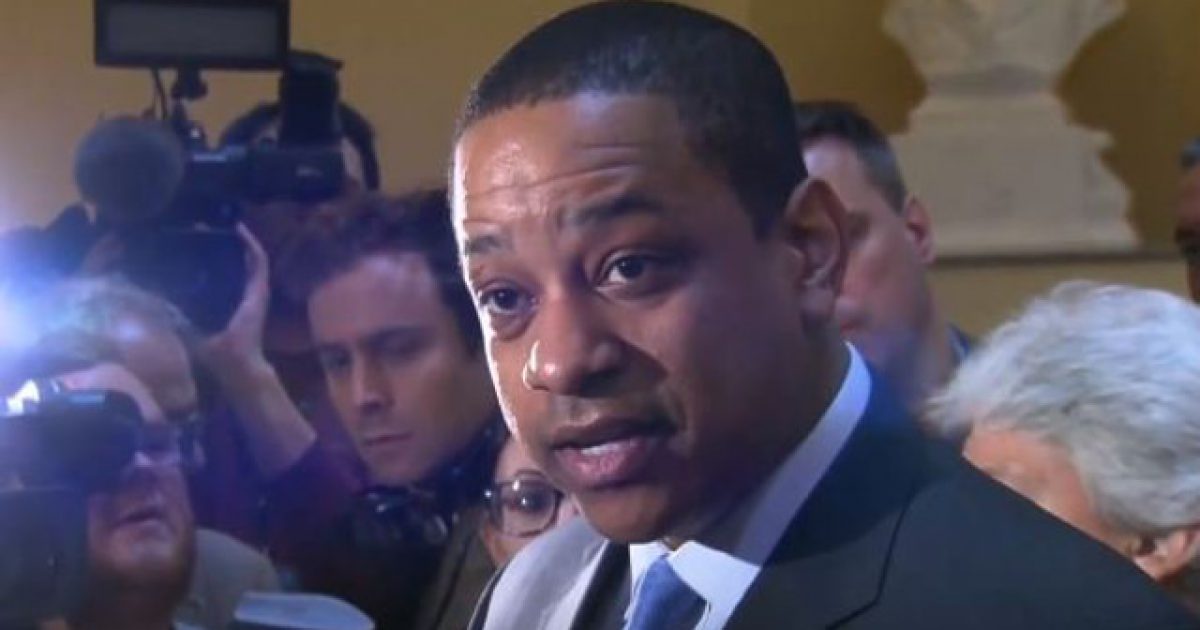 Earlier this week, Virginia Lt. Gov. Justin Fairfax released a statement denouncing allegations made against him of sexual assault, a reasonable move to make with such an egregious claim being made against you.

However, what’s really making the rounds online right now is what Fairfax said later on in the day. It seems Fairfax is suggesting that Northam might have been the one who leaked the allegation in order to run his name through the mud.

Notably, Fairfax is next in line to take over as the state’s governor if Northam were to answer calls for his own resignation.

After he advocated for abortion up to the minute of birth and infanticide in a radio interview last week, an alleged photo of Northam in either blackface or KKK attire from a 1984 medical school yearbook resurfaced. Northam initially copped to the racist photo and issued an apology. Strangely enough, he then had a change of tune: it’s not him in the photo, he claims, but he did darken his face during a talent show to look like now-deceased pop icon Michael Jackson. Northam also told reporters that he can still moonwalk.

A reporter asked Fairfax on Monday his thoughts concerning a statement from the Collective Political Action Committee (PAC), which suggested Northam’s team was behind the leaked sexual assault allegation.

This has gone far enough. Now @GovernorVA‘s team is attacking @LGJustinFairfax. This must stop now. Read our statement. #WeRiseTogether pic.twitter.com/kcdZB5Oplz

“Collective PAC has made its statement,” Fairfax said.

Vanessa Tyson, a fellow from Stanford University, is the individual who is claiming that Fairfax assaulted her back in 2004 at the Democratic National Convention, according to a report by Big League Politics.

However, Fairfax’s name is not actually mentioned specifically in the accusation, though it is implied.

“Imagine you were sexually assaulted during the DNC Convention in Boston in 2004 by a campaign staffer. You spend the next 13 years trying to forget it ever happened. Until one day you find out he’s the Democratic candidate for statewide office in a state some 3000 miles away, and he wins that election in November 2017,” said a post from the accuser. “Then, by strange, horrible luck, it seems increasingly likely that he’ll get a VERY BIG promotion.”

It does seem awfully convenient that this particular report would come out right when Northam was facing some very serious fallout from his blackface pictures, doesn’t it?

Perhaps Fairfax is on to something? Maybe this guy really did leak this information in an attempt to make him look bad. If so, that’s a pretty good summarization of Northam’s personal character.