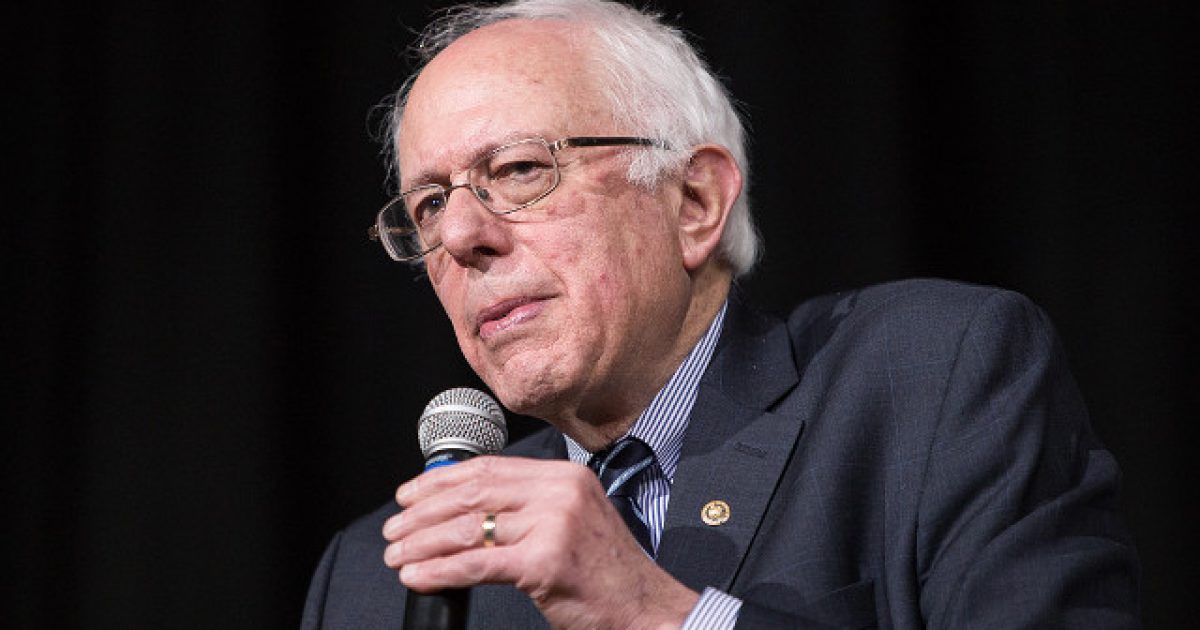 Democratic socialist Sen. Bernie Sanders does not seem to have a very large fanbase in Florida these days, as Miami Democratic Congresswoman Donna Shalala has declared “he’s not going to be the the nominee of the Democratic Party.”

Why the hostility toward Bernie? It apparently has to do with his refusal to denounce Venezuela’s Nicolas Maduro as a dictator and throw his support behind Juan Guaido as the country’s interim leader.

Socialists have to stick together.

Asked directly by Univsion’s Jorge Ramos in an interview Tuesday if he believes Maduro is a dictator and should “go,” Sanders glaringly hedged. “Is Nicolas Maduro a dictator, Senator, for you? And should he go?” asked Ramos.

“I think clearly he has been very, very abusive,” Sanders replied. “That is a decision of the Venezuelan people. So I think, Jorge, there’s got to be a free and fair election.”

Sanders then turned the conversation into a condemnation of America’s past actions in Latin America: “But what must not happen is that the United States must not use military force and intervene again as it has done in the past in Latin America, as you recall, whether it was Chile or Brazil or the Dominican Republic or Guatemala,” said the democratic socialist. “The United States has a very bad record of intervening in Latin American countries. That must not happen again. The future of Venezuela must be left to the Venezuelan people.”

Asked if he would recognize Guaidó as the interim leader of the country, Sanders said, “No.” He then vaguely mentioned “serious questions” about the legitimacy of the election that resulted in dictator Maduro maintaining power. “There are many people who feel it was a fraudulent election,” said the senator, refusing to specifiy if he is among those “many people.”

Socialist Sen. Bernie Sanders (I-VT) refused to call for Nicolás Maduro to step down and did not recognize Juan Guaidó as Venezuela’s leader during an interview with Jorge Ramos. pic.twitter.com/dVZ5CK5N3P

For many Miami Democrats, Sanders just disqualified himself from representing their party in the presidential election. One of their major concerns, as Politico stresses, is that comments like Sanders’ from Democratic leaders might play right into Trump’s hands as he has taken the lead internationally on condemning Maduro and backing Guaidó as Venezuela’s legitimate leader. Democrats fear that Trump may be even to win over some of the Hispanic vote on the issue.

Among the voices condemning the Vermont senator is Rep. Shalala, who has recently filed legislation to help Venezuelans fleeing Maduro’s iron-fisted socialist regime and the economic crisis his socialist policies have engendered.

“He is not going to be the nominee of the Democratic Party. He has demonstrated again that he does not understand this situation,” Shalala told Politico. “I absolutely disagree with his imprecision in not saying Maduro must go.”

Democratic State Sen. Anette Taddeo joined Shalala in stating that she is “dumbfounded” by Sander’s response, going so far as to call him “clueless,” wondering if he’s even been fully briefed on the situation going down in the country.

It certainly seems that Bernie has fallen out of these folks’ good graces, but is that really enough to get the average voters to fall out of love with his “free stuff” mentality? That’s a harder question to answer.

Honestly, there’s still a good chance he could become the nominee, seeing as a lot of Democrat voters are tired of the establishment in their own party.