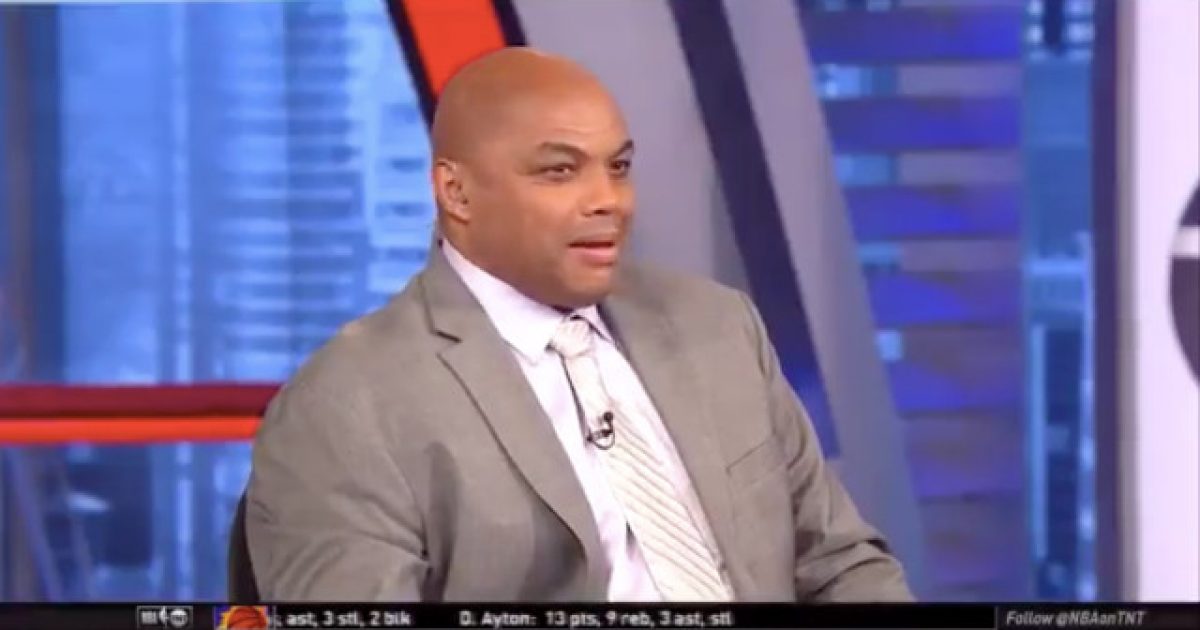 During TNT’s “Halftime Report” Thursday evening, co-host Charles Barkley left fellow host and legendary basketball player Shaquille O’Neal gasping for air and begging him to stop after he set his sights on actor Jussie Smollett, the guy who fabricated an elaborate hoax about an attack he supposedly endured.

This is pretty hilarious.

On TNT’s “Halftime Report” Thursday night, co-host Charles Barkley left co-host Shaquille O’Neal pleading with him to stop after Barkley’s comments on the Jussie Smollett fiasco had O’Neal practically gasping for air from laughing so hard. Barkley referenced the evidence that Smollett had written a check to the two Nigerian brothers allegedly involved in the attack on him as well as actor Liam Neeson’s admission that years ago he had gone looking for a black man to hurt after a friend of his alleged she had been raped by a black man.

The segment starts with co-host Ernie Johnson posting one more post-it note on a wall filled with the team’s various predictions.

Co-host Kenny Smith asks, “Ernie, what’s the most ridiculous one over there that’s still living that you would say has no chance of happening?”

Barkley answers from the host’s table: “Two black guys beating a black guy up.” That triggers Shaq to start cracking up.

The camera shows a close-up of the wall; one note reads: “Chuck: 11/1. The Blazers will have a better record than the Pelicans.” Another reads, “11-29-18. Chuck: The Clippers will not make the playoffs.”

Johnson, trying to keep the segment on track: Uh, the Clippers, well, the Clippers will not make the playoffs, and uh —

As the camera shows a close-up of some of the post-it notes and Johnson returning from the wall, Johnson, still attempting to keep the show on track, says, “I think that’s probably — I think that’s probably it. Okay. The Lakers will not make the playoffs; the Kings will, is the latest position. Go ahead, Kenny. I can’t believe you, Chuck.”

Barkley: America. America, let me just tell you something.

Barkley: Do not commit crimes with checks — (Shaq loses it again) C’mon, man, If you’re going to break the law, do not write a check. (Shaq is laughing so hard he’s throwing his head back)

Smith: Cause if you’re writing a check, then what?

Barkley, repeating as the picture of Smollett is flashed on the screen: America, don’t commit crimes with a check. There’s Jussie; you wasted all that time and money. You know what you should have did? Just went up in Liam Neeson’s neighborhood. He could have solved all your damn problems.

There’s a bit more to the exchange, but this gives you a pretty clear picture of those these two feel about the whole Smollett incident. Pretty funny stuff to be honest.

When someone does something as ridiculous at what Smollett did — a hoax which actually required him to beat himself up physically — they are absolutely deserving of all the mockery they will receive as a result of such insane actions.

No one should feel sorry for Smollett. What he did is egregious and will make life harder for folks who are legitimately assaulted by others to have their stories believed. If anyone deserves to be made fun of, it’s someone like Smollett.