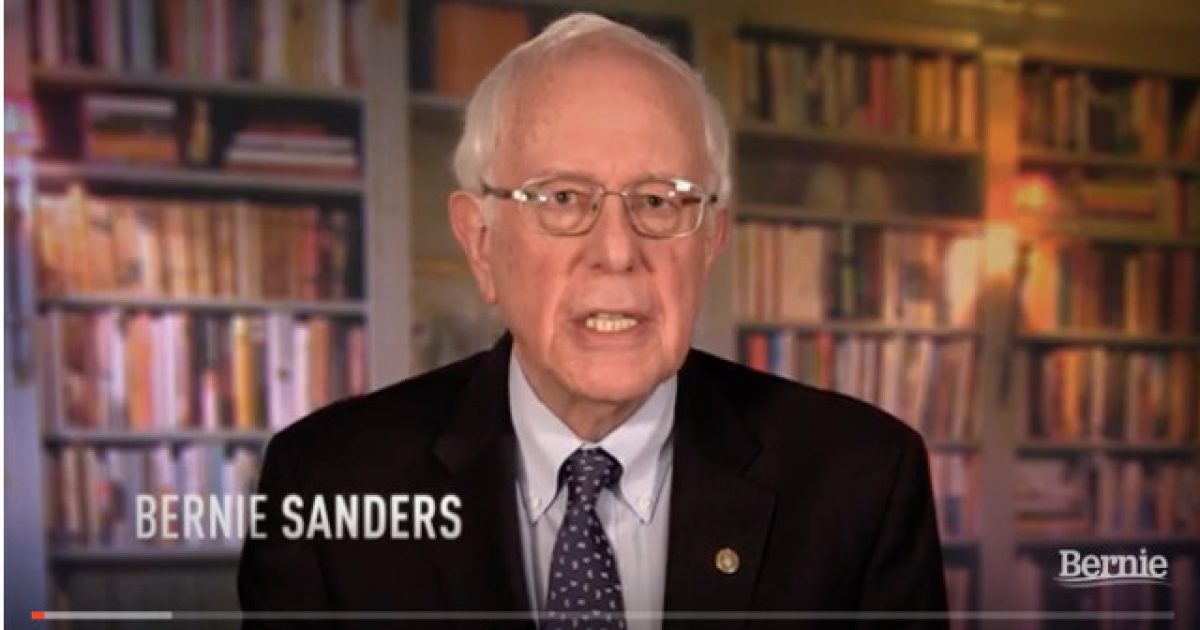 A crusty old white dude, Sen. Bernie Sanders, has once again decided to throw his hat in the ring for the coveted office of President of the United States.

How did he break the news to the country? By going off on President Trump of course. How else would a leftist hitting the campaign trail make their presence known in 2019?

“Hi, I’m Bernie Sanders. I’m running for president,” Sanders begins, managing to produce the only real hint of a smile in the ten-minute announcement video, which features him running through his key talking points from his failed 2016 run and denouncing the sitting president as a pathologically lying racist, sexist, xenophobe, and tryant.

“You know as well as I do that we are living in a pivotal and dangerous moment in American history,” says Sanders, about 4 minutes into his announcement. “We are running against a president who is a pathological liar, a fraud, a racist, a sexist, a xenophobe, and someone who is undermining American democracy as he leads us in an authoritarian direction.”

Sanders, of course, doesn’t provide any evidence to back up his brutal description of Trump; instead, after denouncing the democratically elected president, whom nearly half of the country currently supports, he moves on to declaring that he’s the right guy for the job because he is someone who can “bring us together.”

“I am running for president because now more than ever we need leadership that brings us together, not divides us up,” Sanders asserts.

The senator calls for 1 million volunteers to join his campaign to help him supposedly bring about social and economic justice and end racism, sexism, bigotry, and everything else he says Trump embodies.

With all of the talk that’s been going down recently about Rep. Alexandria Ocasio-Cortez being the fresh new face of the Democratic Party, Sanders was asked in an interview how he himself might fulfill that role. His answer will most definitely illicit a chuckle or two.

The 2020 presidential campaign landscape is shaping up to be more of a farce than the one in 2016, what with Elizabeth Warren, possibly Joe Biden, and now Bernie Sanders all vying for the Oval Office.

If you thought the debates back then were strange, just wait until it all starts up again next year. Oh boy.