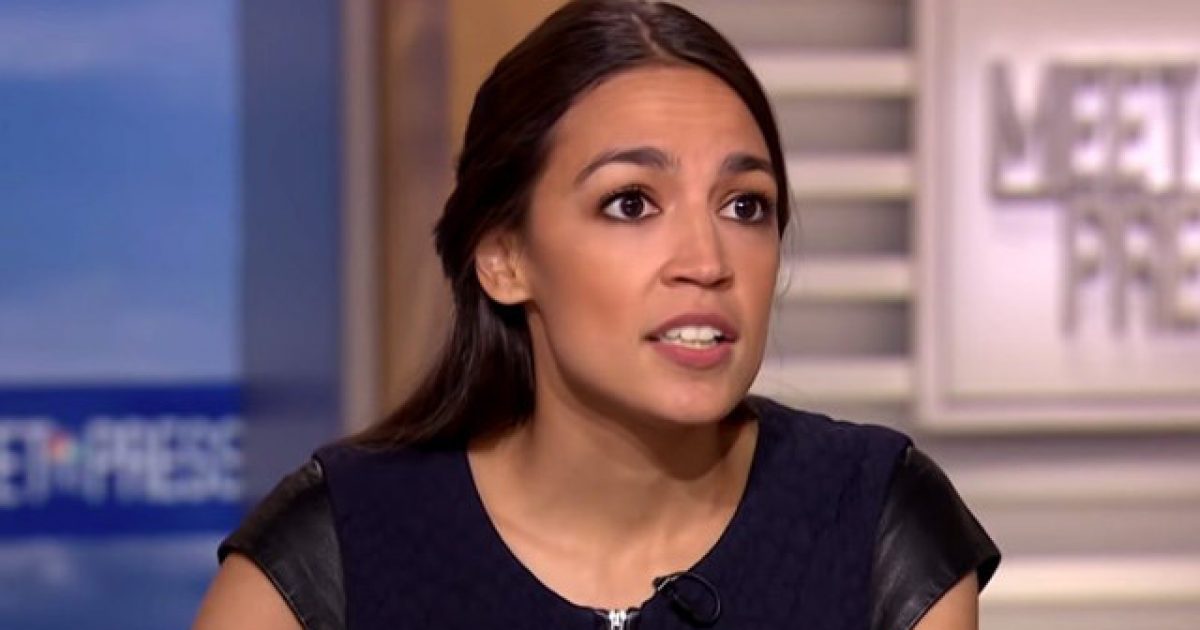 A large billboard in Times Square took aim at Rep. Alexandria Ocasio-Cortez, ripping her to pieces over her celebration of Amazon’s decision to toss out plans to make New York City the location of their new headquarters.

A conservative advocacy group, Job Creators Network, are responsible for the billboard.

The billboard notes that 25,000 potential jobs that were lost, as well as $4 billion in lost wages.

“Thanks for nothing, AOC!” the billboard adds.

She wrote, “Check out the sign in Times Sq.! ⁦Thanks to @JobCreatorsUSA⁩!”

A portion of the organization’s news release on the billboard reads:

Today, the Job Creators Network is putting up a billboard in Times Square calling out Rep. Alexandria Ocasio-Cortez for the role she played in the recent termination of Amazon’s HQ2 that was planned to be constructed in Queens. The pullout of Amazon — because of anti-business politicians, notably Ocasio-Cortez — is a major blow to the New York economy. The retreat will not only cost the area $12 billion in economic activity, but 25,000 new jobs that would have paid an average salary of $150,000.

“The Amazon pullout is a perfect example of what we’ve been saying: socialism takes and capitalism creates,” Ortiz explained. “The economic consequences of Amazon’s pullout is just a small taste of the harm that is to come if Ocasio-Cortez’s anti-business canon comes to fruition and is made federal policy.”

The Amazon headquarters would have brought $12 billion in tax revenue to the city over a ten year period.

A spokesperson for the company recently spoke out and said that 70 percent of New Yorkers were supportive of Amazon coming to the city.

“While polls show that 70 percent of New Yorkers support our plans and investment, a number of state and local politicians have made it clear that they oppose our presence and will not work with us to build the type of relationships that are required to go forward with the project we and many others envisioned in Long Island City.”

Ocasio-Cortez claims to have some sort of education in economics, but you’d never guess it by her horrifically bad economic policies and principles.

Who in their right mind would ever protest the idea of a big corporation coming to the city, bringing massive amounts of much needed tax revenue and providing jobs for countless individuals who need them. This is the kind of relief the city needs and she helped blow that for her constituency.