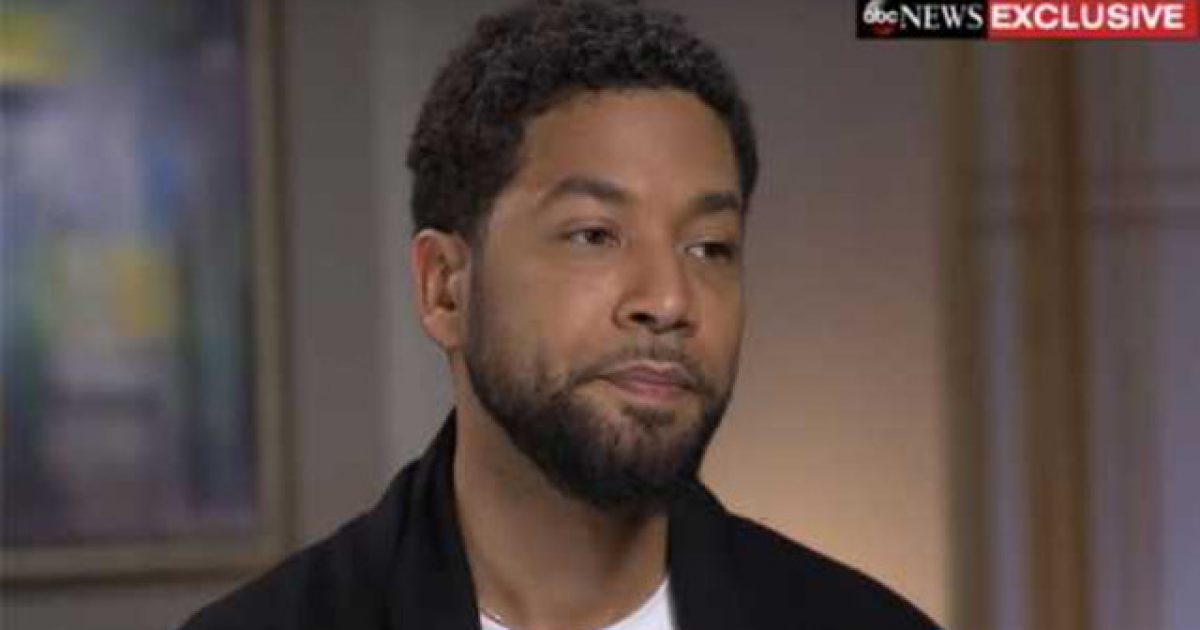 Well, it appears that the strange case of actor and alleged hate crime hoaxer Jussie Smollett has taken yet another bizarre turn, as new evidence has surfaced that could potentially prove his claim that he did not pay two Nigerian brothers to stage an attack against him.

What a mess this whole situation is.

When Chicago Police apprehended Smollett last week, charging him with felony disorderly conduct for allegedly filing a false police report, detectives revealed that part of the evidence against Smollett were $3,500 checks paid to brothers Olabinjo Osundairo, 27, and Abimbola Osundairo, 25.

On Sunday, TMZ obtained documents that confirm those claims. From TMZ:

TMZ has obtained documents that on the surface back his claim the $3,500 check he wrote to Abel was for training. The check was written to Abel on January 23, 2019, six days before the “attack.” The memo line reads, “5 week Nutrition/Workout program Don’t Go.”

Sources connected to Jussie tell us, the reference to “Don’t Go” is a song for which Jussie was going to shoot a music video … featuring himself shirtless. The sources say Jussie had gained weight — he was 192 lbs and needed to lose 20 pounds for the shoot, and that’s why he hired Abel … whom he says he calls “Bon.”

Additionally, TMZ also obtained text message screenshots that appear to corroborate claims that Smollett was being trained by the Osundairo brothers. The text messages include nutrition and training instructions.

The Osundairo brothers also reportedly told a grand jury that Smollett paid them to train him and provide nutritional instruction.

If you’d like to take a look at those messages, they can be found here.

So the question is whether or not he actually did fake the attack against himself, and to be honest, it’s sort of a mystery at this point.

At first, it appeared the attack was legitimate, then things began to shift and the whole thing looked like a scam. Now it’s sort of up in there.

This whole situation is a good lesson in why we should all wait for the evidence to be presented before assuming someone’s guilt, as jumping the gun does nothing but make us all look fools in the end.