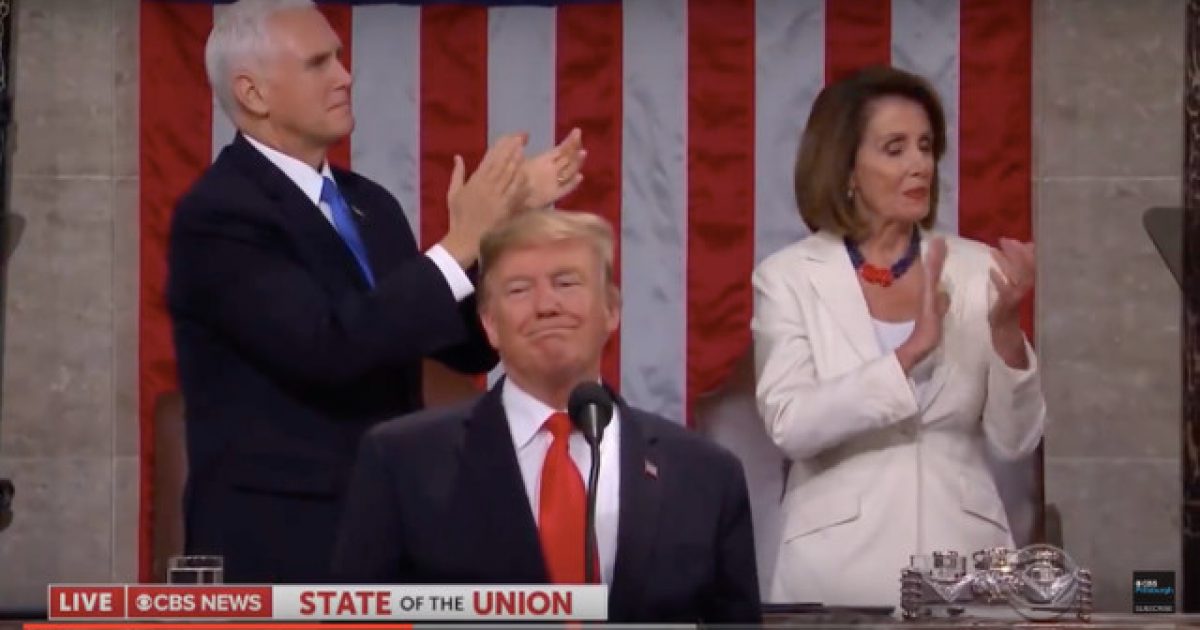 One of the highlights of the State of the Union address delivered by President Trump Tuesday evening was when members of Congress spontaneously broke out into a rousing rendition of “Happy Birthday” dedicated to one of the president’s guests.

The president was honoring a Tree of Life massacre survivor, Judah Samet, who’s also a Holocaust survivor. It just so happened to be Samet’s 81st birthday, which the president made a note of during the address.

In response, many members began singing in his honor, and Samet responded by yelling, “thank you!” to the president.

“They wouldn’t do that for me, Judah!” the president joked.

The president went on to recount how Samet remembers his family being saved from the Nazi concentration camps by American troops.

“More than seven decades ago, he narrowly survived the Nazi concentration camps,” said the president. “Judah says he can still remember the exact moment nearly 75 years ago after ten months in a concentration camp when he and his family were put on a train and told they were going to another camp.”

“Suddenly the train screeched to a very strong halt,” the president paused dramatically.

There was wild applause at Samet’s story.

How awesome is that? This was a truly classy move on the part of the president, bringing Samet to the address.

Trump has a very strong relationship with folks in the Jewish community and is an ardent supporter of Israel, our only truly trustworthy ally in the Middle East.

It’s refreshing to have someone with that sort of attitude in the White House, particularly after almost a decade with a leader who pretty much hated the nation of Israel.