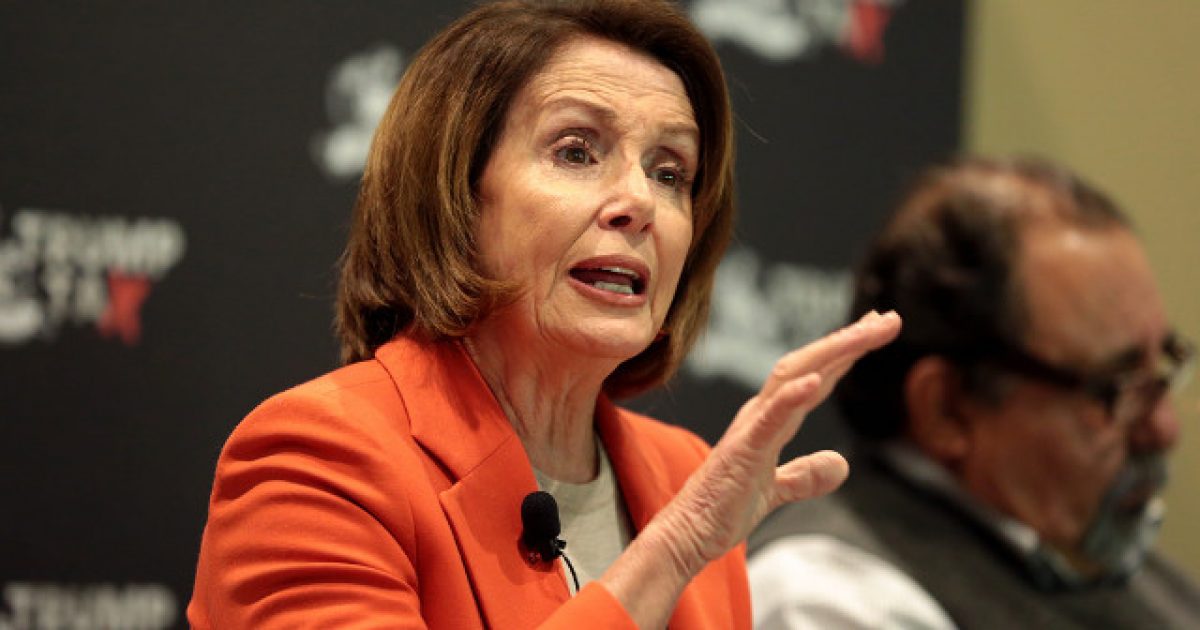 Speaker of the House Nancy Pelosi sneakily tried to delete a tweet condemning the alleged attack against actor Jussie Smollett as new evidence emerges that points toward the whole thing being a hoax.

Guess this is what happens when you immediately react to a situation without obtaining all of the facts first. It leaves you a complete and utter embarrassment.

Before any facts were known in the Smollett assault — which allegedly occurred early in the morning on Jan. 29 — Pelosi expressly condemned what Smollett claimed happened, denouncing the “racist, homophobic attack” as “an affront to our humanity.”

“The racist, homophobic attack on @JussieSmollett is an affront to our humanity. No one should be attacked for who they are or whom they love. I pray that Jussie has a speedy recovery & that justice is served. May we all commit to ending this hate once & for all,” Pelosi tweeted on the evening of Jan. 29.

Why did you delete this? pic.twitter.com/cNRDxNxFVK

According to the folks over at Politwoops, the tweet was removed from Pelosi’s official account some time during the evening hours on Sunday.

On Saturday, reports indicated that evidence included proof Smollett colluded with the Osundairo brothers to orchestrate the fake attack, including paying the brothers $4,000 each. Police have not yet definitively confirmed the attack was a hoax, but law enforcement sources in Chicago continue to tell members of the media the investigation is leading detectives to such a conclusion.

If this turns out to 100 percent be true, it’s deplorable in every way. What’s with people attempting to pull these stunts? This is the 21st century. Phones and cameras are everywhere. Trying to pull something like this off in this day and age is nigh to impossible.

Why do actors and entertainment professionals on the left hate conservatives so much they’d be willing to do anything to paint them in a negative light?

Shouldn’t we all be looking for the best in one another, even if we disagree over politics?

Guess that’s just asking too much of the left.