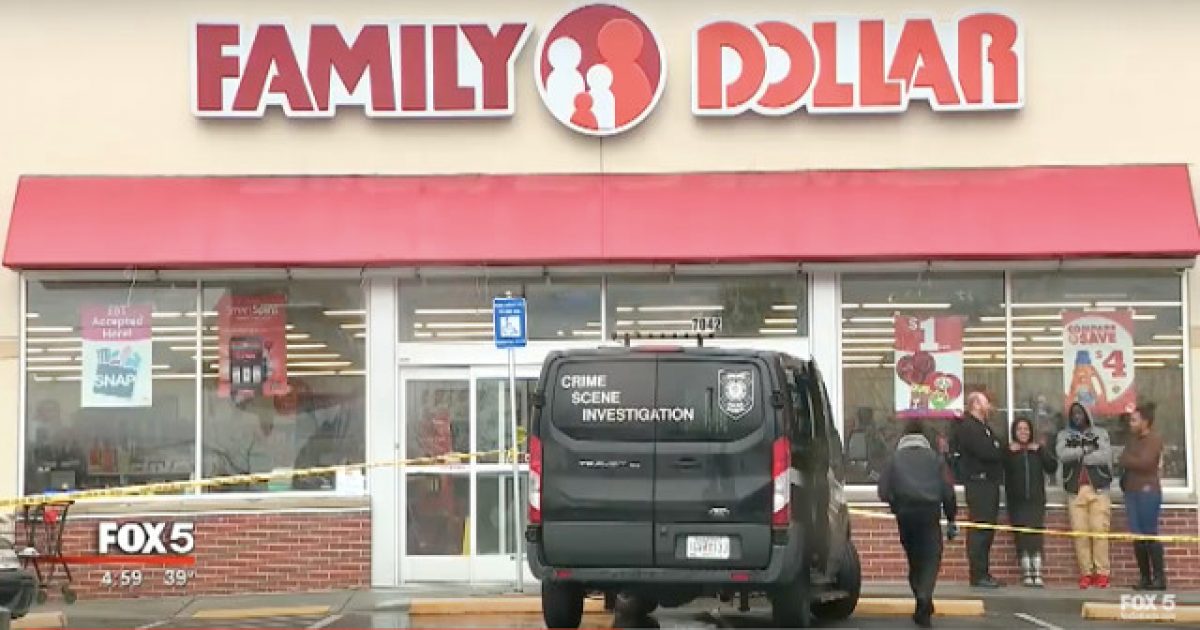 A man trying to rob a Family Dollar store at gun point learned the hard way that crime really does not pay. The man was shot and killed by a good guy with a gun behind him during the altercation.

This, ladies and gentlemen, is why the Second Amendment is so critical to our overall safety in this country.

The attempted robbery occurred on Tuesday morning when a man walked into the discount store and pointed a gun at two employees.

While one employee was handing over money to the robber, a customer walked from the back of the store to the front, and witnessed the robber pointing his gun at the employee’s head.

He then pulled his own gun out and shot the robber several times. The suspect was pronounced dead at the scene.

Four or five other customers were in the store at the time.

The employee involved in the situation is apparently okay though she’s shaken up. However she is thankful for the customer intervening.

Police have stated the customer who shot the robber will not face any charges and is being hailed as a hero for stopping the robbery and saving lives.

Ever notice how there’s a ton of these stories each and every week, yet somehow, the mainstream media completely misses all of them? Surely that doesn’t have anything to do with their anti-gun bias, right?

This is proof positive “good guys with guns” do stop violent criminals, and that’s all thanks to the Second Amendment.