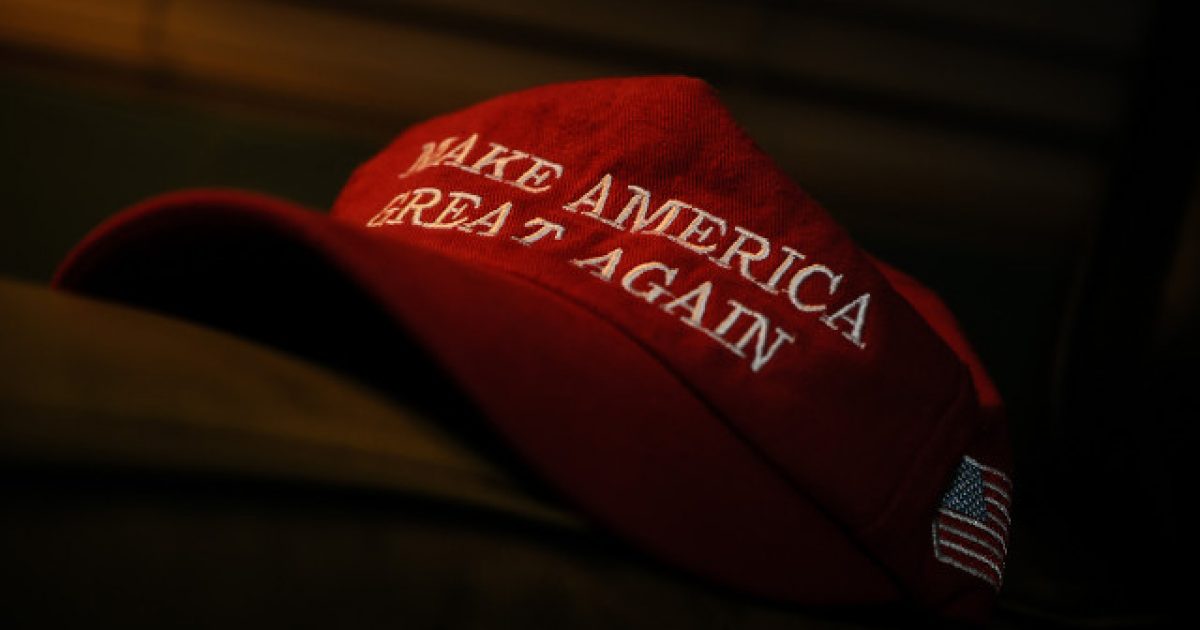 An award-winning restaurant in the city of San Francisco has decided to join the melodrama club and declare MAGA hats the new white hoods by banning them from their establishment.

Because, apparently, just wearing a hat and supporting the idea that you want America to be successful and prosperous makes you a racist.

“It hasn’t happened yet, but if you come to my restaurant wearing a MAGA cap, you aren’t getting served, same as if you come in wearing a swastika, white hood, or any other symbol of intolerance and hate,” J. Kenji López-Alt announced on social media Sunday. “MAGA hats are like white hoods except stupider because you can see exactly who is wearing them,” he added.

López-Alt, the author of the award-winning cookbook “The Food Lab,” is chef-partner of Wursthall restaurant and beer hall in San Mateo, California.

“We aim to bring the festivity and community of the German beer hall to the Bay Area, and hope to create a gathering space for friends and families,” the restaurant’s website states. “San Mateo natives, Adam Simpson and Tyson Mao, have partnered with James Beard award winning chef Kenji López-Alt to deliver a German and Austrian inspired menu for your enjoyment.”

While the restaurant bills itself as a “gathering space for friends and families,” according to López-Alt, some exclusions apply, namely people who want to openly express their support for the sitting President of the United States.

Now, you’d think with the vast majority of the city’s population leaning firmly to the left that folks all over the place would be cheering for the ban. Turns out that’s not the case. The reactions were actually very mixed.

One customer, who was dining at the restaurant for her second time, told the outlet, “I see where he’s coming from, but I don’t think you should just keep people out because of a hat. I get that idea, that maybe that hat could mean the person wearing it is just looking for a fight, but just cutting off dialogue, not giving a chance to get to know someone — I just don’t know if that’s something I would do.”

A female patron said that she agrees with the overall assessment of the hat representing “racism, intolerance, and exclusivity,” but still didn’t think banning it was a good idea.

“They already feel like they’re being demonized by what they call the liberal elite,” she told the Chronicle. “We shouldn’t add fire to that. Instead, it should be us creating a dialogue, leaving a space open to discuss the issues.”

A male customer likewise didn’t like the MAGA hat ban policy, telling the outlet, “I don’t think it matters to me about the rule, but the hat doesn’t just tell you all about the person. All people are different. It’s just weird, to me, at least, that he would make it part of this business.”

This just goes to show you that not all liberals are for censorship of someone’s political views, contrary to what we seem to see on a daily basis with the mainstream media. Once again, journalists are out of touch with the average person. No big shock there, right?

After all, they make their money selling controversy. Without it, they have no product.

This man can choose to do what he wants with his business. If he wants to ban the hats, that’s his right to do so. Trump supporters also have the right to take their hard earned money elsewhere and support businesses that welcome them and their patronage.

Voting with dollars is the way to go.