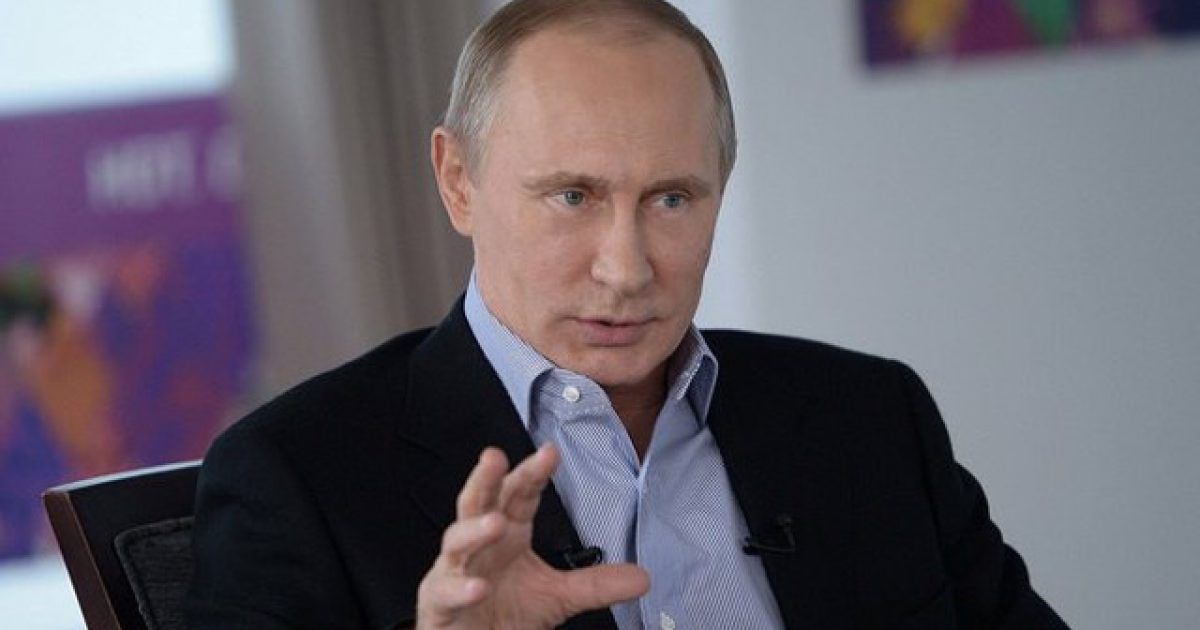 Russian President Vladimir Putin spoke during his state-of-the-union address on Wednesday and issued a warning to the United States, saying if we deployed intermediate-range missiles to Europe, they would aim new hypersonic missiles at us.

But wait. Aren’t Trump and Putin cahoots together? Didn’t they team up to rig the 2016 presidential election and cheat Hillary out of victory?

Russia’s new Zircon missiles, which Putin claimed fly at nine times of the speed of sound and have a range of 620 miles, are part of its ongoing effort to upgrade its defensive capabilities against what it regards as an increasingly hostile U.S.

The announcement follows the U.S.’ recent withdrawal from a key arms control pact. During his address, Putin rejected the U.S.’ claim that its withdrawal from the 1987 Intermediate-Range Nuclear Forces treaty was prompted by Russian violations of the pact. He charged that the U.S. made false accusations against Russia to justify its decision to opt out of the pact.

Putin reaffirmed that Russia will not be the first to deploy new intermediate-range missiles in Europe, but warned that it will retaliate if the U.S. puts such missiles on the continent. He said it will not only target the host countries but field new weapons that will target U.S. decision-making centers.

He insisted that Moscow hopes to patch up its difference with the U.S., saying: “We don’t want confrontation, particularly with such a global power as the U.S.”

But he also criticized what he described as the “destructive” U.S. policy of targeting Russia with sanctions.

Putin stated before lawmakers that other new weapons, like the nuclear-powered Burevestnik cruise missile and the Poseidon nuclear-powered underwater drone have both had successful tests.

Let’s hope Trump is able to successfully navigate this particular political landmine and keep things smooth between the U.S. and Russia without capitulating to demands, a difficult job for sure.