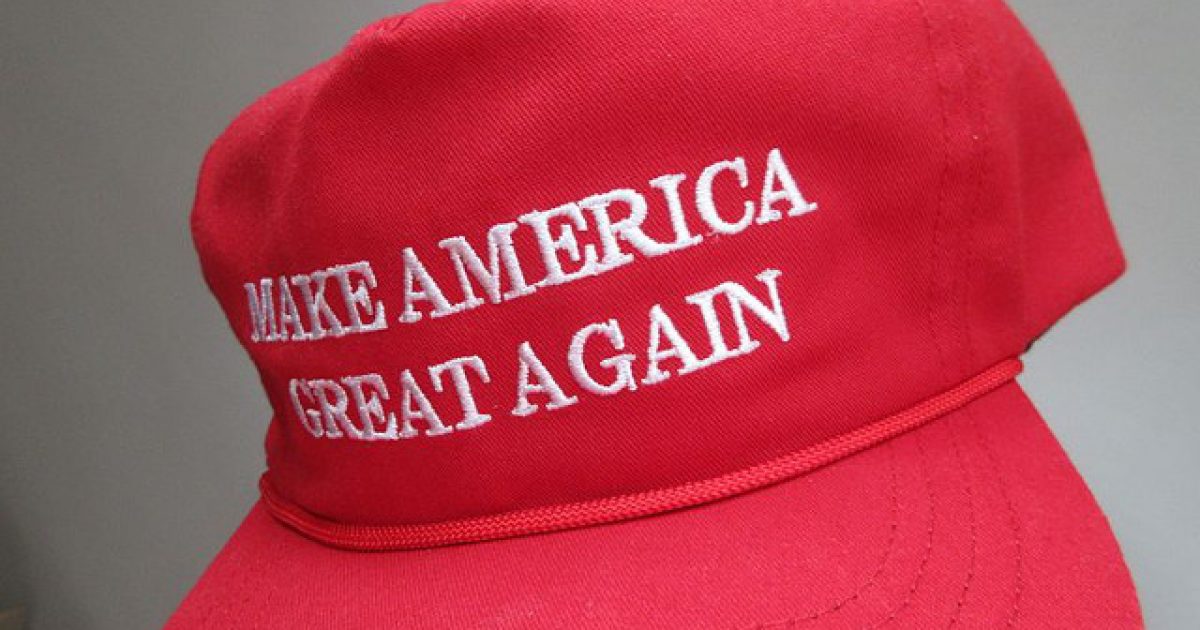 A high school principal from New York state has been given the boot after blasting “conservative, MAGA hat-wearing culture” in her district.

Oops. Guess she should’ve probably kept her unwanted political opinions to herself, huh? Perhaps she prefers the school of hard knocks instead of applied wisdom?

Emily Wemmer, the former principal at Sandy Creek High School, ruffled more than a few feathers among some parents last month with her Facebook comments, the paper said.

“It’s hard when you’re fighting against an intrenched [sic] conservative, MAGA hat-wearing culture,” she wrote in one post, the Daily Times reported.

“MAGA” — as we’ve all come to learn over and over with gusto — is the acronym for President Donald Trump’s 2016 campaign slogan “Make America Great Again.” Those words have been affixed on red baseball caps, and the piece of clothing has since become a lightning rod for leftists.

Wemmer also complained about the treatment of women and girls in the district, the paper said, adding that some parents came to her defense and said she was speaking up for students.

“This is a VERY traditional, conservative district,” Wemmer wrote in one post, the Daily Times reported. “I have learned myself that men feel totally entitled to manhandle women whenever. Girls are also expected to be passive. If I don’t teach my girls anything else I hope that it is that they can live independently and choose if they want to be in a relationship or not. The mama bear comes out in me when I hear reports of abuse like I heard today.”

She also claimed that “fathers of students will often try to intimidate me physically” and “even some male students will try the intimidation BS … I’ve been asked if I’m a lesbian or married as if those are the only possibilities for a woman,” the paper added.

Wemmer later apologized in a statement that was posted on the district’s website, stating that her comments were twisted as disparaging and disrespectful and bringing harm to the community. She went on to say they were supposed to be private thoughts but became public because her account was hacked.

Faulkner said in a Wednesday statement on the district’s web site that “Ms. Wemmer is a valuable member of the administrative team here at the Sandy Creek Central School District and continues to be employed as an administrator doing valuable and important work for the District. Ms. Wemmer has not been terminated by the District and the Superintendent has not taken nor recommended that such action be taken.”

Look, there’s a time and a place to voice your political beliefs and thoughts on issues of the day. However, if you’re someone who works in the public sector, posting on social media carries a certain amount of risk.

When something it plastered on the Internet, there’s no such thing as privacy. Surely by now Wemmer understands that point. Her assumptions about conservative folks is way off base, something she would know if she got a broader sampling of people on the right instead of the small group she’s been exposed to.

Here’s to hoping she learns to actually engage people where they are and understand a bit more about them, opting not to write them off solely based on political affiliations.