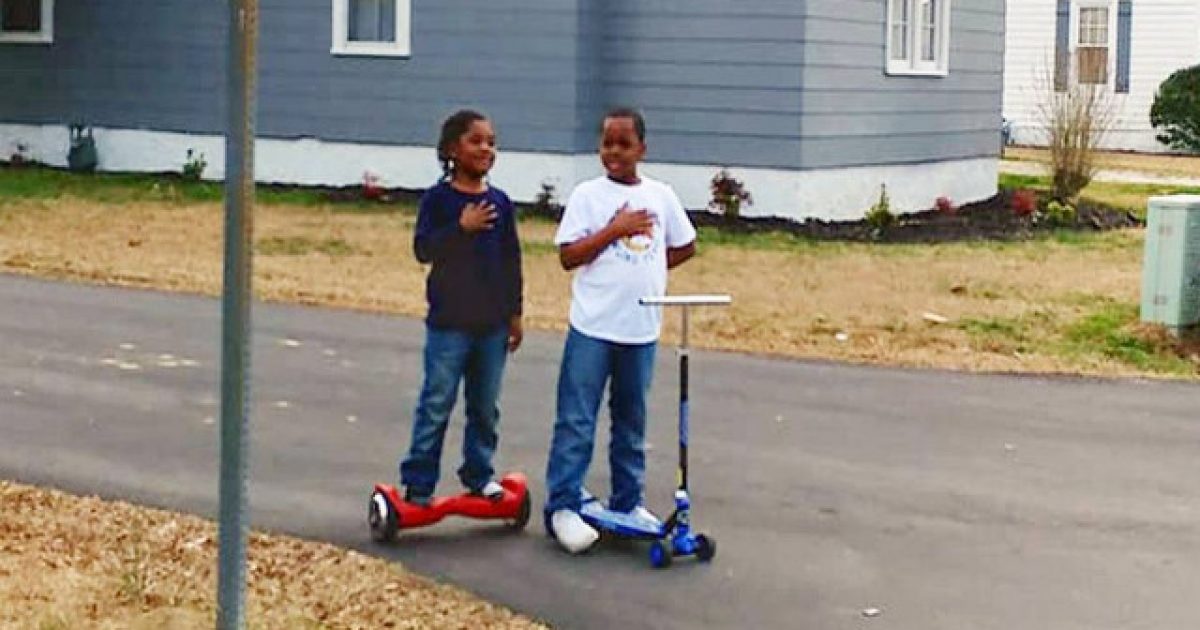 A photo of two North Carolina boys has gone viral, spreading across the Internet like a wildfire, and the reason why is going to restore your faith in the people of this great nation.

The photo, which shows the kids standing with their hands over their hearts to honor the raising of a U.S. flag by the local fire station, was first posted on Facebook and has now been shared thousands of times.

“This afternoon as Chaplain (Bobby) Herring was raising the U.S. flag to full staff, he looked over to the intersection and saw these two young people standing there with hands on their heart, saying the Pledge of Allegiance,” said a post from the Roseboro Fire Department.

Fire Chief Lee Coleman told WRAL the boys are cousins. However, the station did not get their names and has asked for help on Facebook with identifying the two boys.

Reaction to the photo has come from around the country, and has ranged from pride to “melted hearts” to expressions of hope in troubled times.

“Adults could learn a lot from these wonderful kids!” wrote Genetta Bradshaw Goodman.

“The fact that they stood there showing respect without being prompted to do so says a lot about how they are being raised,” wrote Mandy Taylor on Facebook.

If this doesn’t just make you want to bleed red, white, and blue, then you clear don’t understand how awesome America truly is.

Kids these days are being taught by public schools run and funded by progressives in the federal government to hate their country and the flag that represents everything it stands for.

To see these kids pay respect to the flag means whoever is raising them at home is doing their job right. We need more folks like that in our current culture.