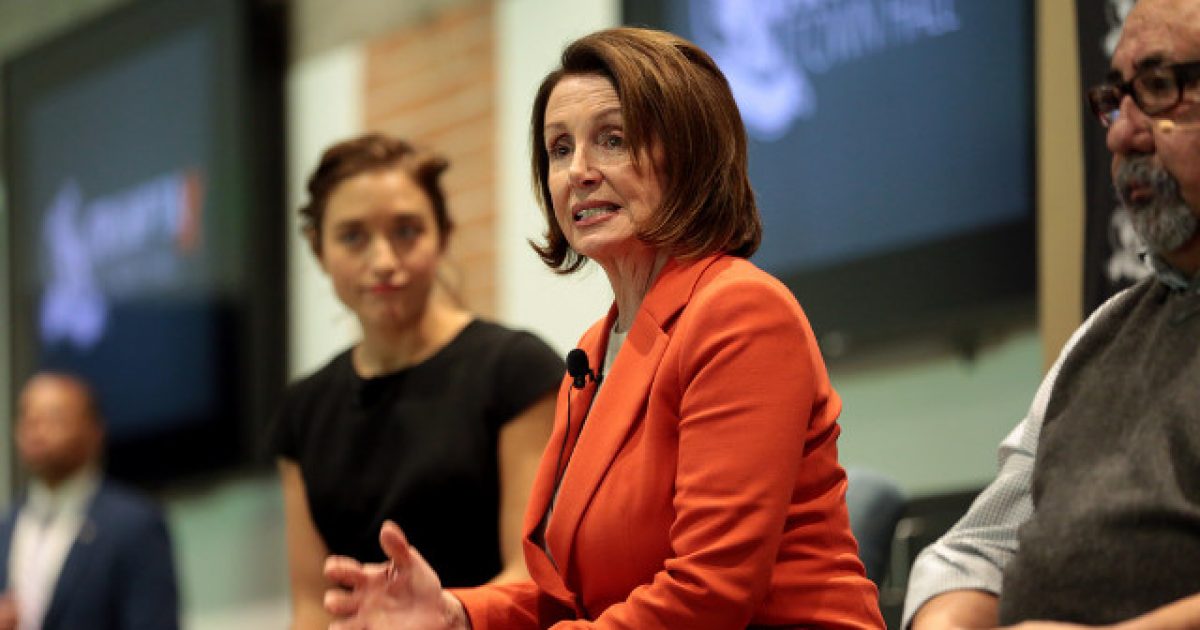 It’s pretty much been firmly established that many folks in the Democratic Party are not at all big fans of the Green New Deal, a plan created by Rep. Alexandria Ocasio-Cortez that seeks to transform America into a big government socialist dystopia.

One vocal opponent of the plan is Speaker of the House Nancy Pelosi, who issued another statement about it, claiming that it isn’t what the Democratic Party is striving for.

Can you say “damage control?”

Liberal magazine Rolling Stone asked Pelosi, a longtime advocate for action on climate change, about the resolution put forward by Rep. Alexandria Ocasio-Cortez (D., N.Y.) and Sen. Ed Markey (D., Mass.). It seeks a dramatic overhaul of the U.S. economic and energy systems, along with a laundry list of progressive agenda items like guaranteed income and universal health care.

“Now, in terms of the Green New Deal [as conceived], that goes beyond what our charge is. Our charge is about saving the planet,” Pelosi said. “They have in there things like single-payer and … what is it? Guaranteed income?”

Her chief of staff Drew Hammill chimed in, “Guaranteed income, and then a jobs guarantee.”

“And then they have, I don’t know if it’s single-payer or Medicare for All,” Pelosi said. “It’s kind of, like, a broader agenda. All good values, but nonetheless, not what we hope to achieve with this focused, determined, decision-making: You’re either for the planet or you are not. There is no ‘plan B’ for the planet. We have to preserve it, and it is in great jeopardy.”

Pelosi earlier this month praised the “enthusiasm” behind the resolution.

The Green New Deal is absolutely too expensive and wholly unrealistic to be given a legitimate seat at the table when it comes to figuring out legitimate policy. The whole thing, if implemented, would cost $94 trillion over the next decade.

After undergoing a ton of criticism by folks on both sides of the aisle, AOC responded by saying that she’s at least trying to address the issue, and until then, “I’m the new boss, how about that?”

Yeah. That last comment is proof this girl hasn’t grown up enough yet to be a public servant. It’s a fake, cheesy form of girl power that’s designed to make her look tough, but actually accomplishes the exact opposite, making her look extremely weak.

Despite having a college degree in economics, it certainly seems Ocasio-Cortez could benefit from reading a few legitimate books on the subject. Hayek anyone?