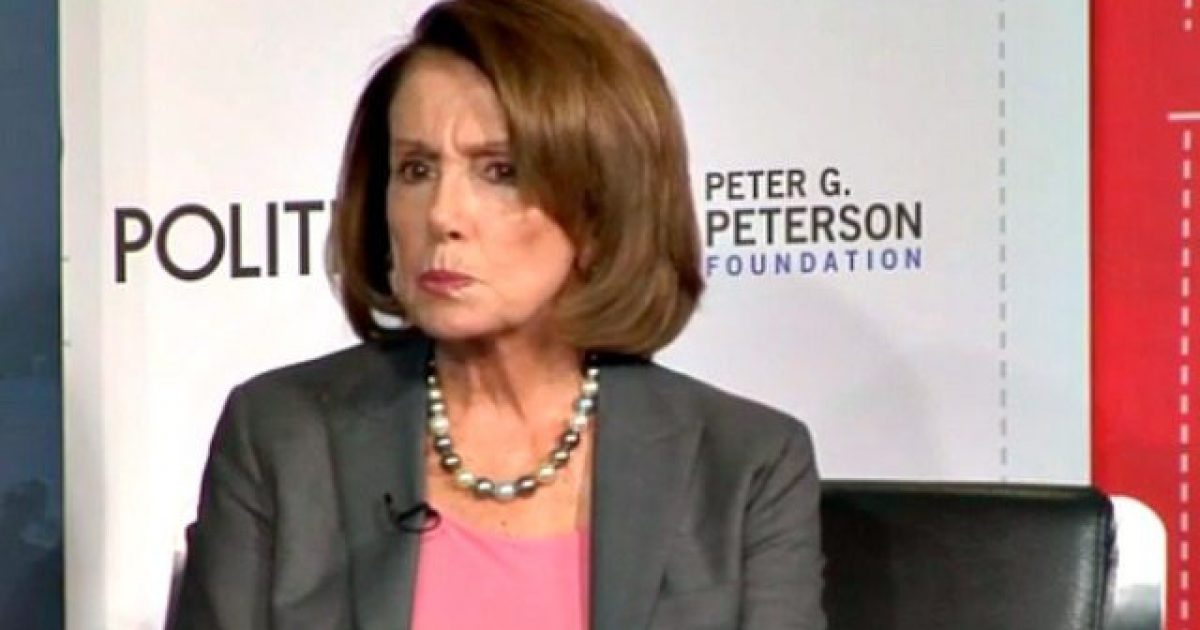 Rep. Alexandria Ocasio-Cortez is unveiling her “Green New Deal” on Thursday, a piece of legislation designed to destroy liberty through exorbitant taxation, health care for all, federal job guarantees, and much more.

While it’s already being shredded to pieces by conservatives all across the country, it seems some folks on the left aren’t big fans of it either, including Speaker of the House Nancy Pelosi.

“It will be one of several or maybe many suggestions that we receive,” Pelosi told Politico on Wednesday. “The green dream or whatever they call it, nobody knows what it is, but they’re for it right?”

Pelosi did, however, name Democratic members to serve on the new Select Committee on the Climate Crisis, but Ocasio-Cortez was not one of those members.

The ding by Pelosi comes just as Ocasio-Cortez and Sen. Ed Markey, D-Mass., are teasing the ambitious deal and set to unveil it at a Thursday afternoon press conference. The measure is currently in a form of a non-binding resolution — meaning even if it passes it won’t do anything. But it formally outlines the proposal in Congress for the first time and would mark a start on the path toward what Ocasio-Cortez has called “a wartime-level, just economic mobilization plan to get to 100% renewable energy.” Cost estimates for the sprawling proposal range into the trillions.

The resolution, obtained by NPR, says the U.S. “has historically been responsible for a disproportionate amount of greenhouse gas emissions” and calls for the U.S. to take a “leading role in reducing emissions through economic transformation.”

It goes on to say that “a new national social, industrial and economic mobilization on a scale not seen since World War II and the New Deal” is an opportunity to tackle systemic injustices of minority groups, create millions of high-wage jobs and “provide unprecedented levels of prosperity and economic security for all people of the United States.”

Listen, if Pelosi is dinging it, this new plan has to absolutely be the stuff nightmares are made of. Seriously.

Ocasio-Cortez is an avowed socialist, so we know what her vision of an ideal America looks like. And that’s the problem with socialism. It’s nothing more than an ideal. A pipe dream. A fantasy that cannot ever work in the real world.

No matter how many times you try to make this work, it simply can’t. It goes against the natural laws that govern our world and reality.

There’s no such thing as a free lunch. Free health care isn’t free. It’s paid for with someone else’s money. And when you redistribute wealth, you eventually make everyone poor, thus meaning there’s no money left to pay for these programs.

Will AOC ever get this through her head?