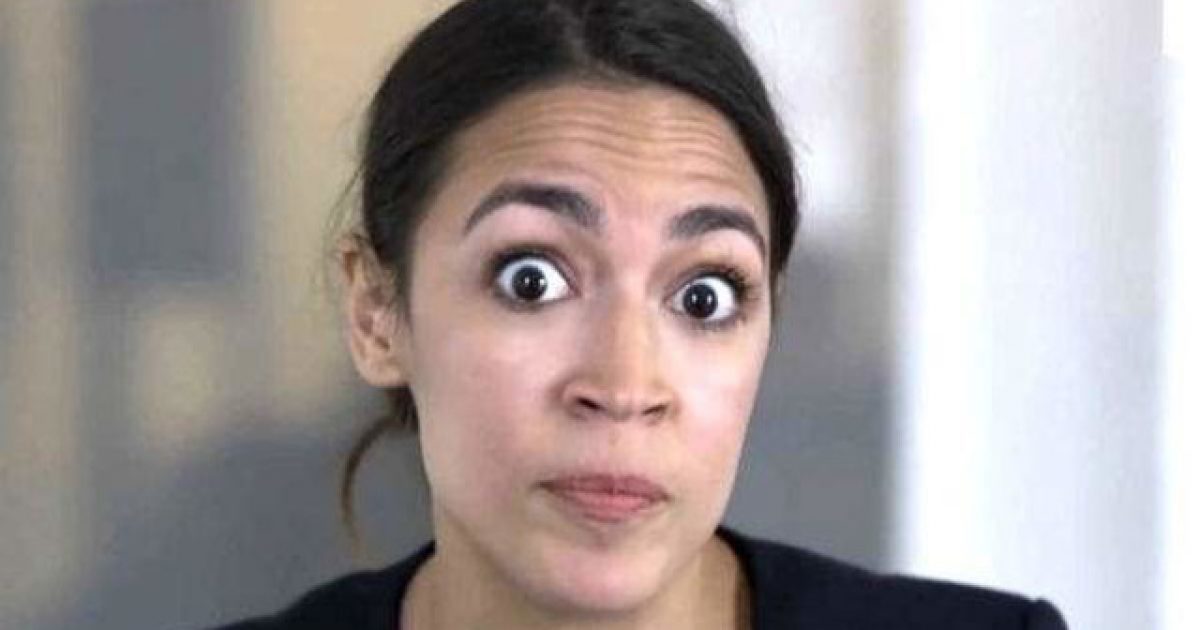 It’s no secret that the vast majority of leftists today have a real problem with Israel and Jewish people in general, with many folks being open about their anti-Semitic attitudes.

One such individual is the notorious anti-Semitic Labour Party leader Jeremy Corbyn, who just received some glowing praise from everyone’s favorite socialist, Alexandria Ocasio-Cortez during a recent phone conversation.

“Great to speak to @AOC on the phone this evening and hear first hand how she’s challenging the status quo,” Corbyn tweeted. “Let’s build a movement across borders to take on the billionaires, polluters and migrant baiters, and support a happier, freer and cleaner planet.”

“It was an honor to share such a lovely and wide-reaching conversation with you, @jeremycorbyn!” Ocasio-Cortez responded. “Also honored to share a great hope in the peace, prosperity, + justice that everyday people can create when we uplift one another across class, race, + identity both at home & abroad.”

It was an honor to share such a lovely and wide-reaching conversation with you, @jeremycorbyn!

Also honored to share a great hope in the peace, prosperity, + justice that everyday people can create when we uplift one another across class, race, + identity both at home & abroad. https://t.co/7qnz42I8du

Allegations of anti-Semitism against Corbyn started getting significant media attention following Corbyn’s rise in 2015 from a leftist Member of Parliament to the leader of Britain’s Labour Party.

Corbyn has long campaigned for peace in the Middle East, and he has frequently criticized the actions of Israel. Over the years, he has attended protests and conferences alongside campaigners who have expressed anti-Semitic views. In mid-August, 2015, a month before Corbyn was elected Labour leader, Stephen Pollard, the editor of the Jewish Chronicle, which describes itself as the oldest continuously published Jewish newspaper in the world, wrote a front-page editorial challenging the candidate to explain some of these instances. “They were all things in the public domain. We weren’t revealing anything new,” Pollard told me the other day. “But nobody had really paid attention to Corbyn previously, because why would you?” Pollard wrote the editorial while on holiday in Devon. Headlined “The Key Questions He Must Answer,” it asked Corbyn about his connections to Deir Yassin Remembered, an anti-Israel group run by a Holocaust denier; his defense of an Anglican vicar who peddled anti-Semitic conspiracy theories; and his descriptions of Hamas and Hezbollah as “friends,” and of Sheikh Raed Salah, a Palestinian mayor accused of making the blood libel in 2007, as “an honored citizen.” “I just sat down in my cottage and wrote this leader,” Pollard said. “That set the course for the next couple of years, really.”

Allegations of anti-Semitism—committed by members, officials, and the leader himself—have been the running sore of Corbyn’s leftist takeover of the Labour Party ever since, and the sense of something gravely wrong has deepened with time.

The New Yorker’s report notes that Britain’s three major Jewish newspapers — The Jewish Chronicle, Jewish News, and Jewish Telegraph — each published a joint editorial slamming the Labour Party and Corbyn “because of the existential threat to Jewish life in this country that would be posed by a Jeremy Corbyn-led government.”

Each of Corbyn’s attempts to respond to the issue has somehow managed to make things worse. In the spring of 2016, when I was reporting a Profile of the Labour leader for this magazine, Naz Shah, a member of Corbyn’s Shadow Cabinet, was suspended from the Party for sharing Facebook posts that suggested that Israelis should be relocated to the U.S. (“Problem solved,” she wrote.) The following day, Ken Livingstone, a former mayor of London and long-term Corbyn ally, went on the radio to defend Shah and talked about Hitler instead: “He was supporting Zionism before he went mad and ended up killing six million Jews.” Livingstone was suspended as well. In response, Corbyn ordered a two-month inquiry into anti-Semitism in the Labour Party by Shami Chakrabarti, a respected civil-rights lawyer.

One has to wonder what in the world goes through Ocasio-Cortez’s head — if anything at all — when she decides to post things on social media, particularly when it revolves around controversial world leaders.

You’d think she would have someone on her staff who could help her not make so many egregious mistakes when it comes to things she says and does in public, but that doesn’t seem to be the case.

What’s sick and sad is that Israel is our most important ally in the war against radical Islam, and yet, many politicians in our government would rather rip them to shreds for defending themselves against evil people who want to wipe them off the face of the earth, rather than examining things from an objective point of view.

It’s a wonder Israel puts up with this kind of garbage from us.