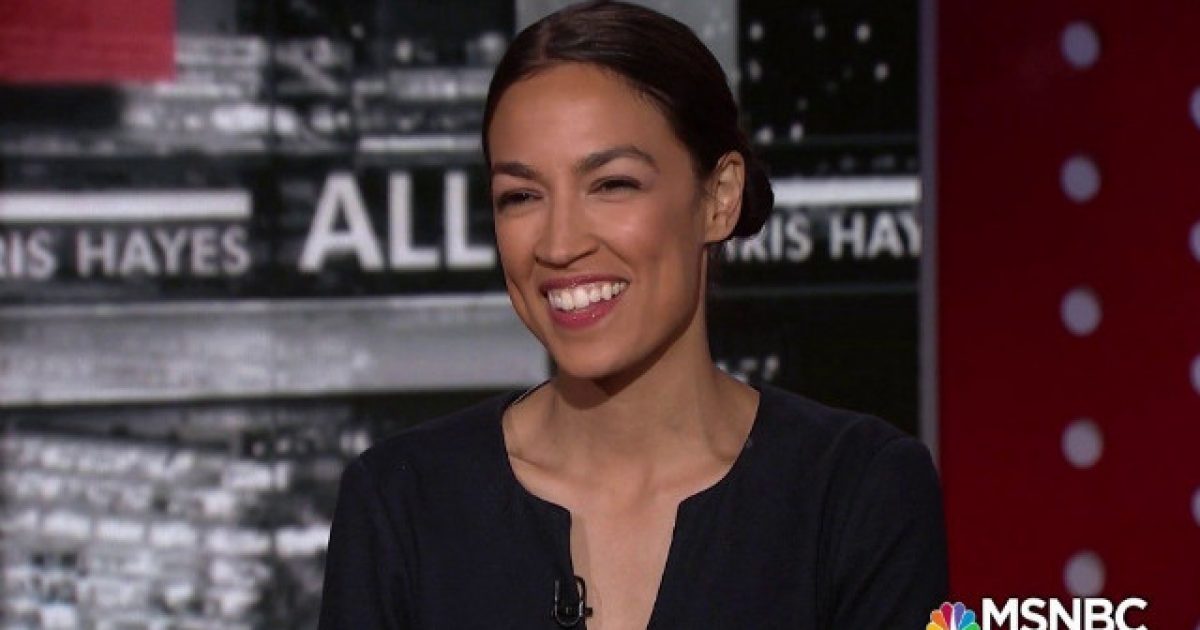 Ever since the initial rollout of Rep. Alexandria Ocasio-Cortez’s nightmare dystopian vision for the United States, known as the Green New Deal, she’s found herself in the position of having to defend the plan on a near constant basis, receiving criticism from both left and right.

It’s not hard to understand why when you see such unrealistic pipe dreams as a “guaranteed job with family-sustaining wages” and “economic security for all who are unable or unwilling to work.”

Apparently though, Ocasio-Cortez is just really having a hard time wrapping her mind around why Ivanka Trump isn’t going head-over-heels for her plan.

On Tuesday, Fox News released a clip of an interview with First Daughter Ivanka Trump pushing back on the socialist premise of the GND’s “guaranteed jobs” promise. The democratic socialist congresswoman has since responded by expressing incredulity about Ivanka’s criticism.

In an interview that will air in full Sunday, Fox News host Steve Hilton asked Ivanka about the Green New Deal’s “guaranteed jobs” promise. “You’ve got people who will see that offer from the Democrats, from the progressive Democrats, Alexandria Ocasio-Cortez: ‘Here’s the Green New Deal, here’s the guarantee of a job,’ and think, ‘Yeah, that’s what I want, it’s that simple.’ What do you say to those people?” Hilton asked.

“I don’t think most Americans, in their heart, want to be given something,” said Ivanka. “I’ve spent a lot of time traveling around this country over the last four years. People want to work for what they get. So, I think that this idea of a guaranteed minimum is not something most people want. They want the ability to be able to secure a job. They want the ability to live in a country where’s there’s the potential for upward mobility.”

Predictably, Ivanka was met with backlash from the Left for being a daughter of a wealthy man who hasn’t had the same struggle as most middle class Americans. Ocasio-Cortez took a similar angle, stressing her own working class background as a bartender. As for Ivanka’s line about a “guaranteed minimum,” AOC initially used that to defend the idea of a “living wage” by declaring it to be a “right.”

“As a person who actually worked for tips & hourly wages in my life, instead of having to learn about it 2nd-hand, I can tell you that most people want to be paid enough to live,” she wrote. “A living wage isn’t a gift, it’s a right. Workers are often paid far less than the value they create.”

“In fact, wages are so low today compared to actual worker productivity that they are no longer the reflections of worker value as they used to be. Productivity has grown 6.2x more than pay,” she added in a follow-up tweet, linking to a report by a left-wing think tank.

As a person who actually worked for tips & hourly wages in my life, instead of having to learn about it 2nd-hand, I can tell you that most people want to be paid enough to live.

A living wage isn’t a gift, it’s a right. Workers are often paid far less than the value they create. https://t.co/P5FsQuhCTW

In fact, wages are so low today compared to actual worker productivity that they are no longer the reflections of worker value as they used to be.

Perhaps the reason why so many folks are against AOC’s dreadful Green New Deal is because it threatens to radically transform America from a pro-freedom, capitalist nation into a socialist nightmare.

Just look at how well socialism has worked out for the people of Venezuela. Is it any wonder so many folks are fighting against the ever growing socialism of the political left in this country?

It’s better to struggle financially and at least be free, then to have your freedom taken away and be forced into poverty at the barrel of a gun.