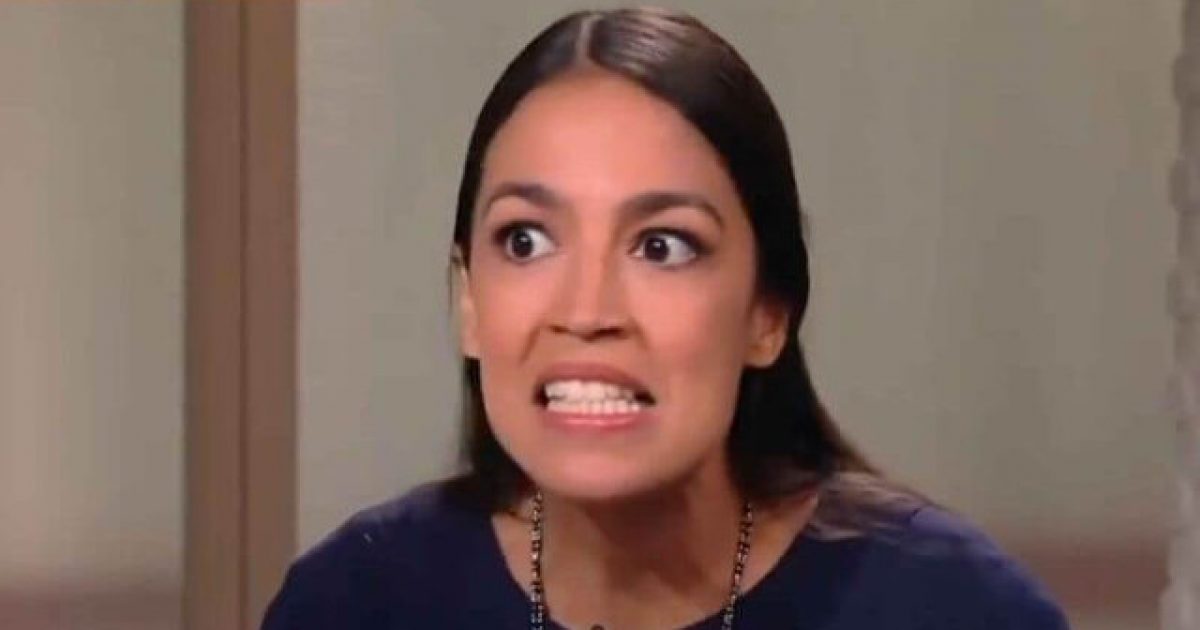 So it seems there’s just no way we’re ever going to get a break from the insanity that continuously flows from Rep. Alexandria Ocasio-Cortez and her antics.

If you’re a comic book fan and enjoy your favorite titles as a means of escaping a little bit from the wackiness of our nation’s current political obsessions, sorry about your luck.

Apparently a comic book is in the works featuring Ocasio-Cortez fighting members of the GOP. Sounds horrible, right?

Yes, everyone’s favorite young socialist extremist will be featured as the heroine of a new comic book titled “Alexandria Ocasio-Cortez and the Freshman Force: New Party Who Dis?” The premiere issue will be comprised of an anthology of short stories as Ocasio-Cortez fights the GOP, as CBR reports. The comic book is scheduled to be released on May 15 by Devil’s Due Comics, which CNN reports has also released satirical comic books about Barack Obama in which he became “Barack the Barbarian.”

One of the magazine covers shows Ocasio-Cortez holding a smartphone while she looms over a Republican elephant lying on the ground; a Democrat donkey standing behind her. Another cover shows her dressed similar to a Wonder Woman with a sword to dominate a red elephant dressed like a king.

Devil’s Due publisher Josh Blaylock, who founded the company in 2000, gushed, “There’s just something about Alexandria that resonates with so many people.” He added, “It’s no secret that AOC has become the unofficial leader of the new school, and has sparked life back into Washington and that’s reflected in the enthusiasm on display by the men and women contributing to this project. While we all don’t agree on everything, we share a common excitement for the breath of fresh air the new Congress brings. I hope this is as much a cathartic release for readers as it has been for us creators.” Of the series of comic books to come, Blaylock said, “Some of the stories are really sweet; some are completely absurd and satirical; some are cathartic and venting.”

Are you cringing yet? You really should be cringing right now. Probably cringing more than you’ve ever cringed before. This idea is really that bad.

What’s worse is this isn’t the first such title to exist. Not long ago, Sen. Elizabeth Warren was also the star of a graphic novel. The story followed her battle with poverty while growing up in Oklahoma.

This should go without saying, but can we please leave politics out of comics? Let’s not destroy every good thing we have for entertainment.