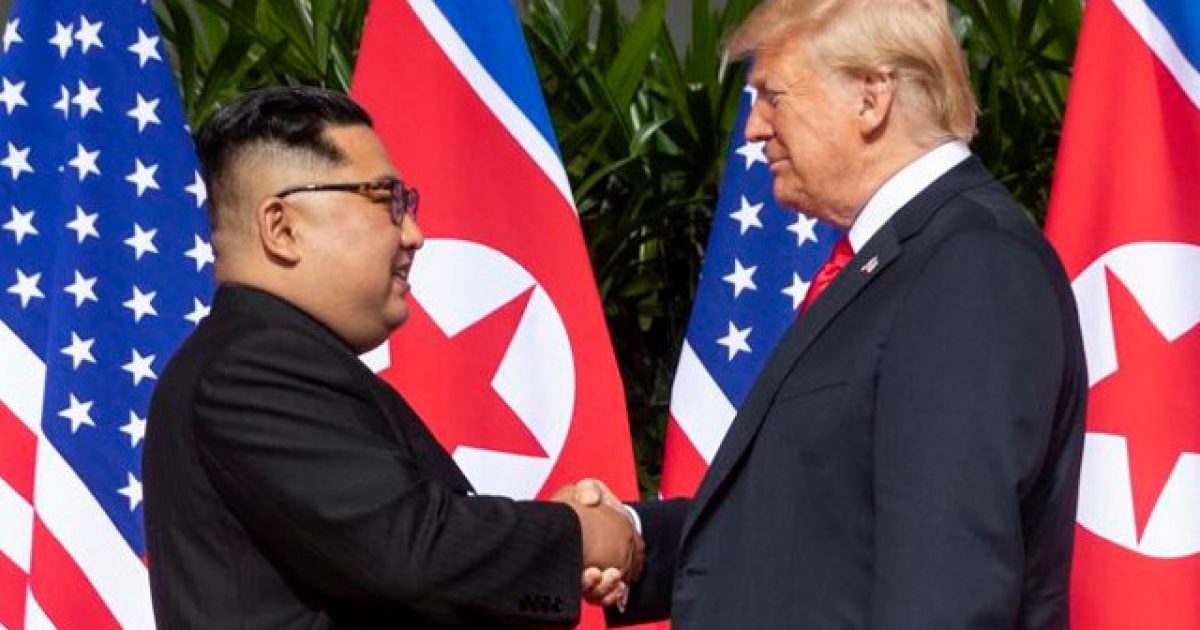 Well, it seems things didn’t go very well at the North Korea summit between President Trump and North Korean dictator Kim Jong Un, completely imploding after he asked for the U.S. to remove all economic sanctions without the country first agreeing to a serious commitment to denuclearize the Korean Peninsula.

“Trump said the summit fell through after the North demanded a full removal of U.S.-led international sanctions in exchange for the shuttering of the North’s Yongbyon nuclear facility,” Fox News’ Gregg Re reported. “Trump and Secretary of State Mike Pompeo told reporters that the United States wasn’t willing to make a deal without the North committing to giving up its secretive nuclear facilities outside Yongbyon as well as its missile and warheads program.”

CNBC noted: “Trump is pushing North Korea to give up its nuclear weapons as he dangles the prospect of an economic boost to the repressive country. Kim wants to see sanctions eased or lifted — but without losing the strategic benefits of his weapons of mass destruction.”

During a post-summit news conference, after talks fell apart, Trump said: “It wasn’t a good thing to be signing anything. We had some options, and at this time we decided not to do any of the options, and we’ll see where that goes.”

“Sometimes you have to walk, and this was just one of those times,” Trump added.

When pressed for details about why the talks fell through at the post-summit news conference, Trump said: “Basically, they wanted the sanctions lifted in their entirety and we couldn’t do that. They were willing to de-nuke a large portion of the areas that we wanted, but we couldn’t give up all of the sanctions for that. So we continue to work and we’ll see, but we had to walk away from that particular suggestion. We had to walk away from that.”

“(Kim) wants to de-nuke, but he wants to just do areas that are less important than the areas that we want. We know the country very well, believe it or not, we know every inch of that country,” Trump continued. “You always have to be prepared to walk. I could have 100 percent signed something today — we actually had papers ready to be signed — but it just wasn’t appropriate. I want to do it right: I’d much rather do it right than do it fast.”

North Korea has a well established reputation for not keeping any of the agreements they are a part of, so the fact they didn’t do what they said they were going to do from the last summit isn’t surprising.

Nor is it surprising that they aren’t being cooperative this time around. They don’t have any plans of denuclearizing, they just try to appease the rest of the world and get some sort of temporary benefit out of the agreements they negotiate.

North Korea has been a pebble in the shoe of many presidents now, and it honestly doesn’t look like it’s going to be any easier for Trump.

He did the right thing by showing Kim Jong Un he means business. Let’s hope this is a situation that gets resolved peacefully if possible.