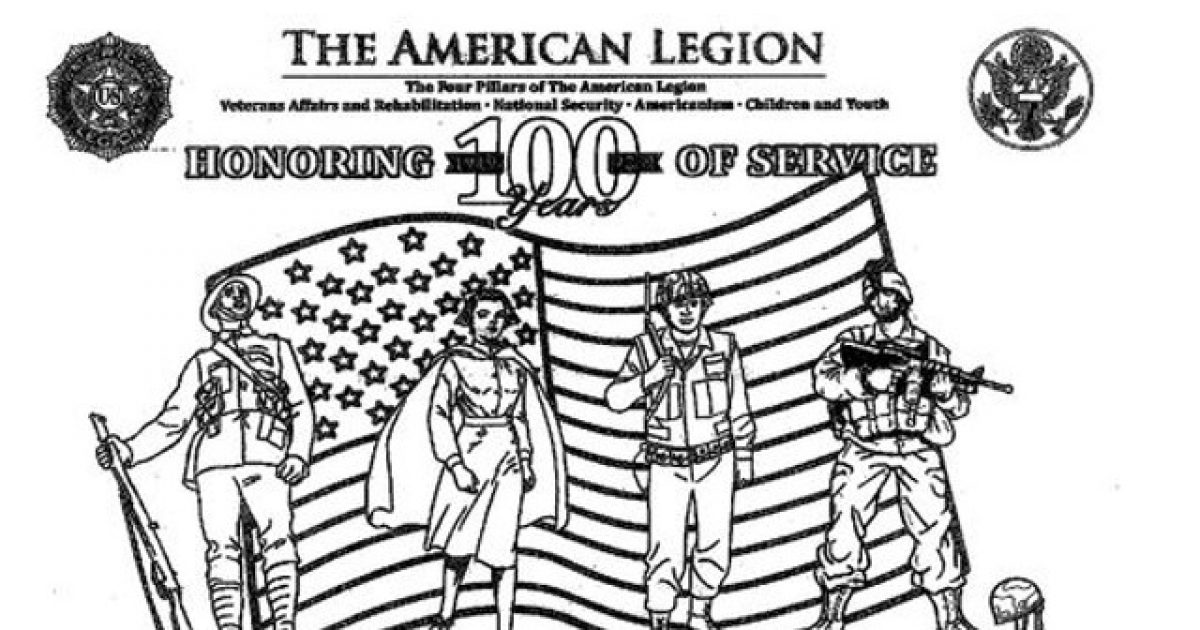 An elementary school in New Jersey has decided to pull out of an American Legion coloring contest because of the depiction of guns in the pictures.

Now, these aren’t just any sort of guns. They are guns in the hands of soldiers. You know, those brave souls who give their lives in order to protect our liberties and way of life against enemies both foreign and domestic?

What a great way to thank them for their sacrifice, right?

The picture features three uniformed service members — circa 1919, 1965, and 2019, respectively — carrying their weapons. A nurse from 1941 is also featured. The coloring sheet also features the POW/MIA logo as well as a rifle stuck in the ground alongside a soldier’s boots and helmet.

Ken Frank, Post 145 vice commander, said that he and other veterans feel disrespected.

“We are very upset, and we feel disrespected. There wasn’t any reason given, and there hasn’t been another school in the state, that we’ve heard of, that’s refused to use the picture,” Frank said.

The state’s American Legion hosts the Americanism Award contest for students across the state on an annual basis. The pictures are typically selected by the Legion and handed out to schools. Winners are chosen at local, county, and state levels, according to the Record.

Sharon Scarpelli, president of the Board of Education, said that the decision was made because of the prominent display of guns in the picture.

“The administration had asked if they could be provided with a different picture,” Scarpelli explained. “They were concerned over the display of guns in the picture.”

School Superintendent Bruce Watson said that the decision was districtwide.

Some New Jersey public schools will not take part in this year’s American Legion coloring contest because of concerns over the depiction of guns in the image provided. https://t.co/ImTW9Oyu2c

There was actually significant blowback over the decision to pull out of the contest. Superintendent Watson received numerous emails that spoke against the decision. Watson later issued a statement through a spokesperson:

A portion of the statement read, “This has caused me to pause. Perhaps I had too much concern for the impact of the picture. Today we look at everything thru a different lens when it comes to our students. There was no disrespect intended and now after listening to parents, I will reverse this decision and allow the pictures to go home for parents and students to decide if they wish to compete.”

These are depictions of the brave souls who have sacrificed more than we could ever imagine in order to provide liberty and freedom for future generations, ensuring we are safe from those who want to destroy our way of life.

These freedom fighters used guns to carry out their missions. Our Constitution protects the right to bear arms. These pictures should not at all be a problem.