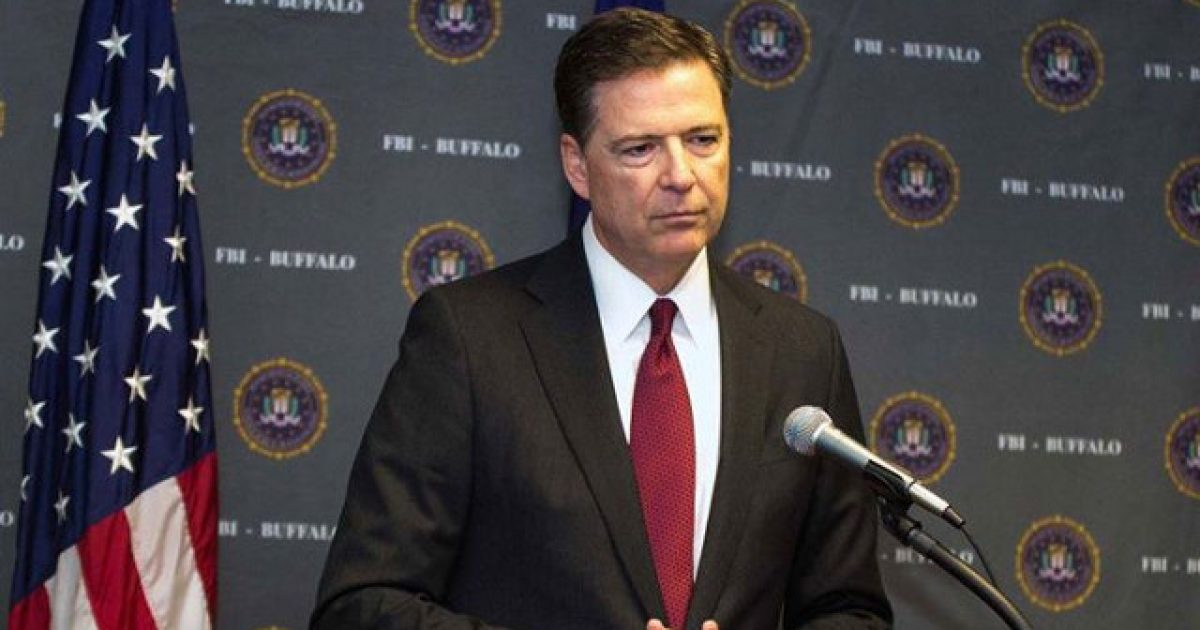 Some newly released FBI emails obtained through the Freedom of Information Act confirm that former Director James Comey and his agency tried to work out a quid pro quo deal with Obama’s State Department to minimize Hillary Clinton’s private email server scandal in the weeks before the 2016 presidential election.

Fox News’s Catherine Herridge and Pamela K. Browne first reported on the alleged deal back on Oct. 15, 2016, but full confirmation did not come until this week when the government transparency watchdog group Judicial Watch released FBI communication related to the deal.

“FBI interview summaries and notes, provided late Friday to the House Government Oversight and Intelligence Committees, contain allegations of a ‘quid pro quo’ between a senior State Department executive and FBI agents during the Hillary Clinton email investigation, two congressional sources told Fox News,” Herridge and Browne reported in 2016. “This is a flashing red light of potential criminality,” Republican Rep. Jason Chaffetz (Utah) told Fox News at the time. “In return for altering the classification, the possibility of additional slots for the FBI at missions overseas was discussed,” he said.

On Monday, Fox News’ Gregg Re reported that over two years later, the allegation that the FBI and State Department floated a “quid pro quo” deal has now been confirmed, and it originated with the FBI:

The trove of documents turned over by the FBI, in response to a lawsuit by the transparency group Judicial Watch, also included discussions by former FBI lawyer Lisa Page concerning a potential quid pro quo between the State Department and the FBI — in which the FBI would agree to effectively hide the fact that a Clinton email was classified in exchange for more legal attache positions that would benefit the FBI abroad, and allow them to send more agents to countries where the FBI’s access is ordinarily restricted.

The quid pro quo would have involved the FBI providing some other public reason for withholding the Clinton email from disclosure amid a Freedom of Information Act request, besides its classification level. There are no indications the proposed arrangement ever took place.

Clearly, progressives will do whatever it takes to try and keep power in their hands as they seek to implement a strategy for destroying everything wonderful and beautiful about this nation and replace it with a socialist nightmare.

The left has learned absolutely nothing from watching countries who have implemented such measures and the massive failure it always turns out to be.

What’s even more maddening is that Hillary has not been held accountable for her actions. She’s done far more than just the email stuff. How about Benghazi? Representing child molesters and being thrilled she was smart enough to get them off the hook? Shaming her husband’s sexual assault victims?

Pretty horrendous stuff that she should be forced to answer for.

Unfortunately, it doesn’t look like it’s ever going to happen.