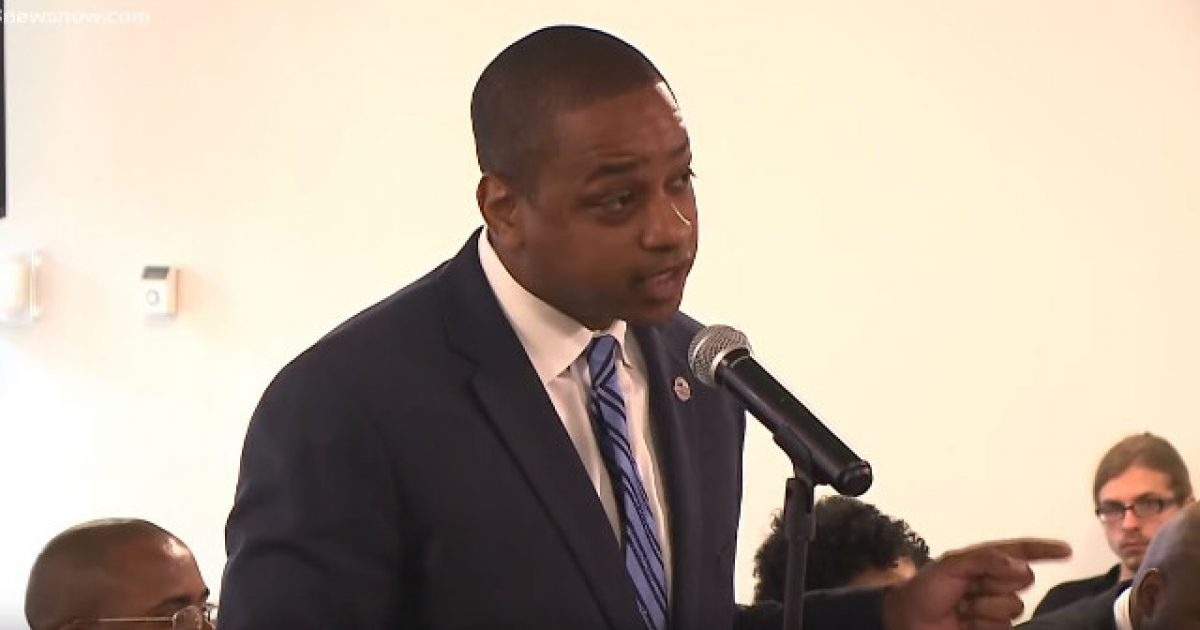 It seems Virginia Gov. Ralph Northam — the sick and twisted individual who defended infanticide and also apparently brandished some black face in an old high school yearbook photo — isn’t the only person in the state’s leadership to be facing some serious trouble.

Apparently there are some claims coming out about Lt. Gov. Justin Fairfax concerning sexual assault.

The allegation involves an unsubstantiated claim of sexual assault against Fairfax during the Democratic National Convention in 2004. The claim was posted Sunday night on the same website that first published the racist photo from Gov. Northam’s yearbook.

The Washington Post, as well as our sister station WUSA9 in Washington D.C., have known about the claim for months, but have not been able to corroborate the allegations.

“Lt. Governor Fairfax has an outstanding and well-earned reputation for treating people with dignity and respect,” read the statement released on Twitter.

“He has never assaulted anyone – ever – in any way, shape or form.”

“This is part of the sad and dark politics that the Lt. Governor has dedicated himself to helping Virginia and the nation rise above,” the overnight statement read.

“The Lt. Governor will take appropriate legal action against those attempting to spread this defamatory and false allegation.”

It remains to be seen whether or not these allegations are true, and to be fair, there’s a chance they aren’t. We as conservatives are well aware of how a person’s reputation can be destroyed by folks making up these sort of incidents, so it’s best not to jump to conclusions until the facts remain.

What we do know, however, is that the Democratic Party in Virginia seems to be in support of later-term abortions, which amounts to infanticide, something that should never, ever be allowed in this country. It’s a total violation of the most basic God-given right we all have. The right to life.

Let’s hope that good prevails in the state and God raises people up to boldly stand in love agains this evil and protect these defenseless babies.