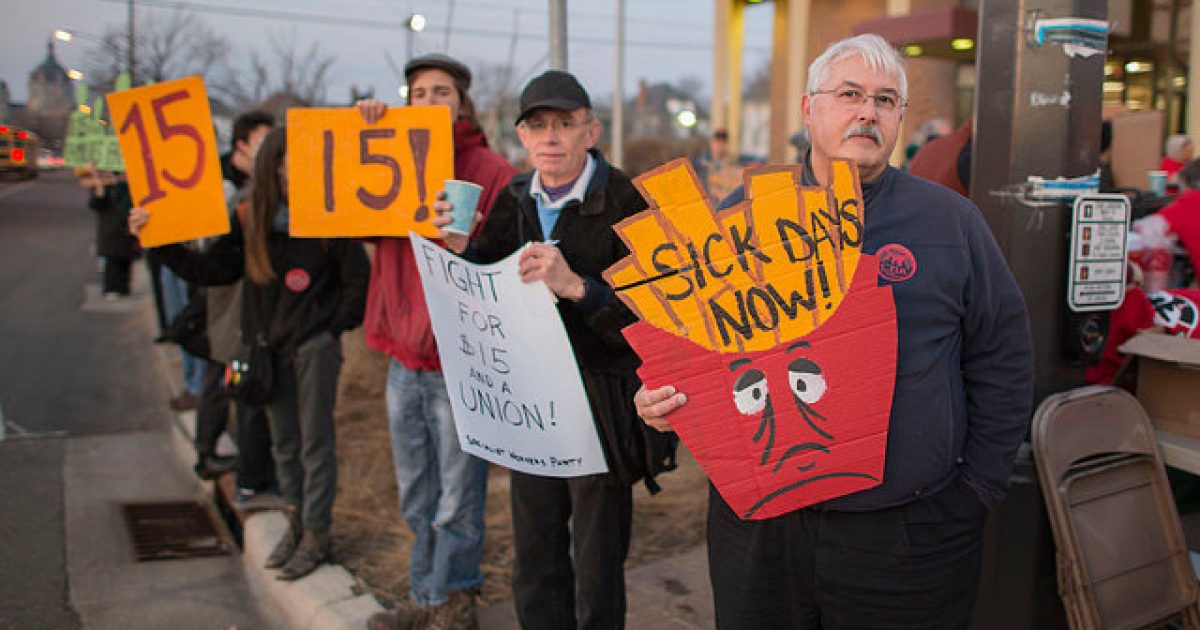 Anytime a state is considering a hike in the minimum wage, conservatives and economists alike come out of the woodwork to inform the general public that this is a really, really bad idea.

Yet, the left completely ignores the warning and pushes the agenda forward anyway, not caring at all about the potential consequences, like an increase in the cost of living, for example.

Citizens of New York are learning this the hard way after restaurant owners in the state are passing the cost of the hike on to customers in the form of higher prices for food items.

Restaurants are raising prices to adjust for the higher salaries they must pay workers. But, they’re increasingly worried about discouraging customers with too-high prices.

“[Restaurants] feel they’re getting to a point where the customer might reject the higher prices, choose a different way to eat out, or eat their own food,” said Melissa Fleischut, president and CEO of the New York State Restaurant Association.

Making matters worse, the minor increases NYC restaurants are implementing aren’t totally making up for the higher minimum wage. Jon Bloostein, founder of a Manhattan chain restaurant, said there need to be more changes by businesses to afford the raise—but they were given very little time to adjust.

“It’s too much too fast, said Jeremy Merrin, founder of the Havana Central restaurant in Times Square. “The shock of raising [the wage] at that rate in that short time—you just can’t catch your breath.”

As Jazz Saw wrote for Hot Air, this was all painfully predictable:

“None of this required an Ouija Board to figure out. If the government artificially drives up labor costs, the restaurants (who always operate on very thin margins) were going to have to make up for that surge in costs someplace. They could either fire some of the staff, reduce the hours they work, or raise prices. Usually, it was going to be some combination of all of them. But you can only operate a business with a skeleton crew for so long.”

Why is it these people don’t ever seem to learn? Time and time again, hikes to the minimum wage have proven disastrous for the economy. How much more suffering do these folks need to endure before the point finally sinks through their thicks skulls?

Give it a rest already. Listen to reason. Reality has given plenty of real world examples. This stuff never ever works.