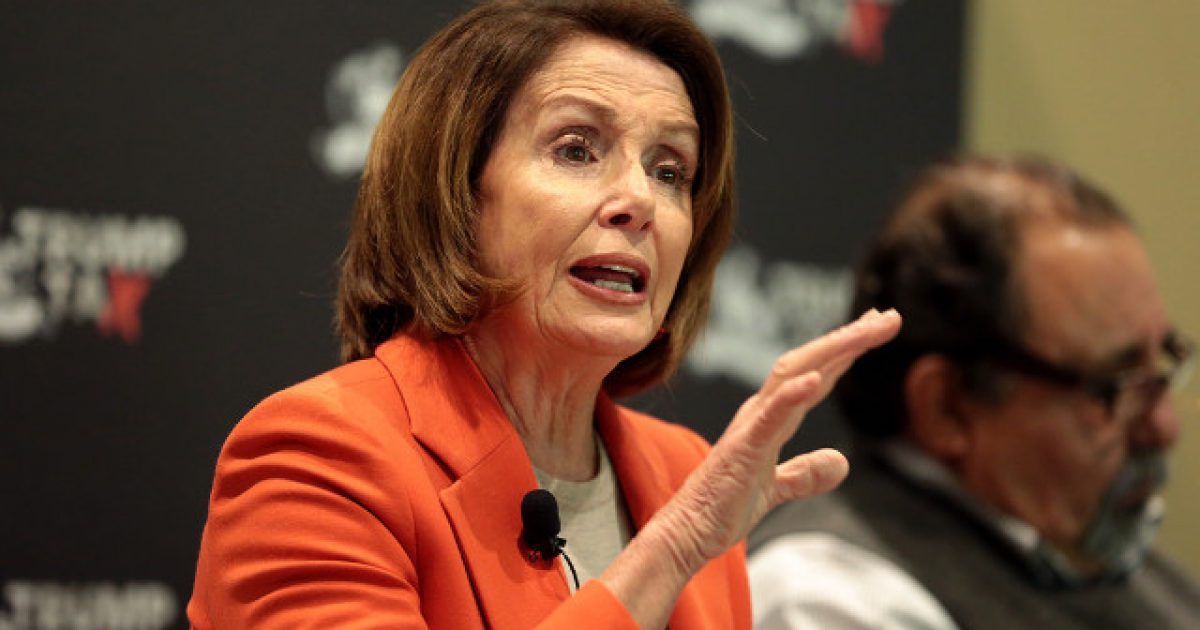 Speaker of the House Nancy Pelosi was speaking with a group of Christian university presidents last when she decided to share her favorite verse of the Bible with those in attendance.

There was just one problem.

The verse she quoted isn’t actually in the Bible.

While discussing vital humanitarian issues like immigration, Pelosi said in her opening statement: “To minister to the needs of God’s creation is an act of worship. To ignore those needs is to dishonor the God who made us.”

Preceding her quote, Pelosi admitted she has been unable to locate the verse in the Bible, although she claimed it can be found “someplace,” suggesting in the book of Isaiah. However, the verse is not located in Isaiah, or anywhere else in the biblical canon for that matter.

It’s not clear where the quote originated. Pelosi attributed it to a “bishop,” whom she did not identify.

While it’s very easy to want to poke fun at Pelosi, there are some biblical undertones to the statement she made. Earlier in her talk, Pelosi quoted a passage from Matthew where Jesus tells a story about the separation of goats from sheep at the end of the age.

The sheep were folks who actually carried out the will of the Lord, applying His Word to their lives personally and by taking care of those who are poor, thirsty, hungry, foreign, imprisoned, and sick.

The goats ignore these needs and think only of themselves. These do not inherit the kingdom of God.

This isn’t the first time Pelosi has quoted the non-existent passage from the Bible. This same exact quote pops up 12 times over the course of the congressional record from the year 2002 to 2018. Each of the references comes from Pelosi.

Perhaps someone at this little meeting should’ve done their duty to straighten Pelosi out in regard to the verse?