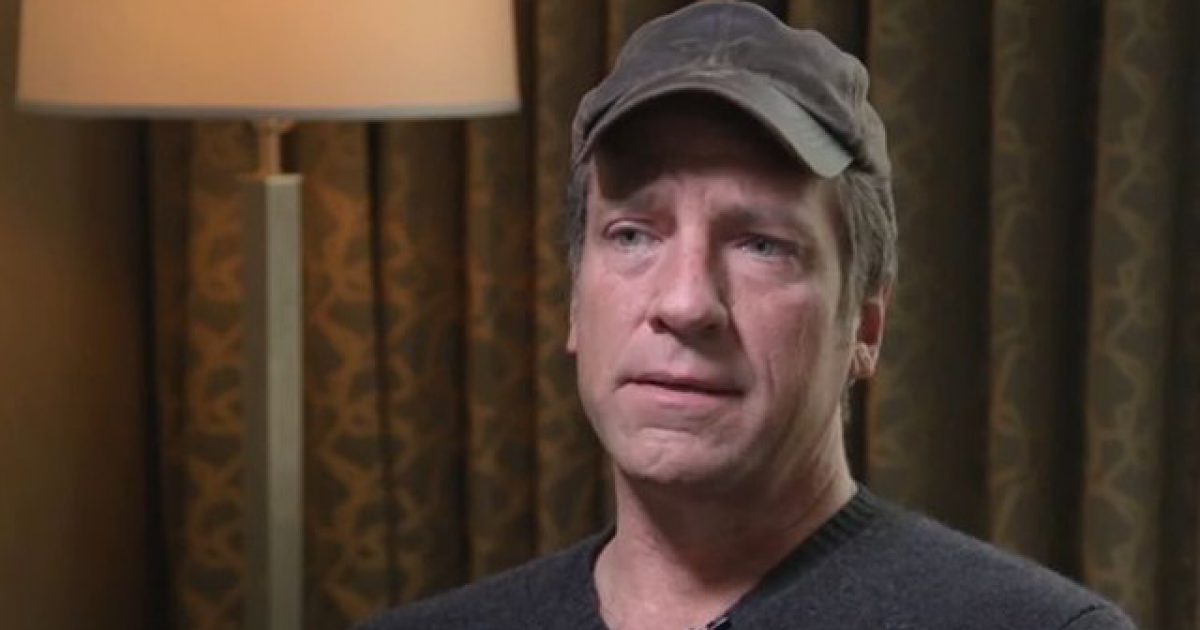 TV host and champion of the blue collar class, Mike Rowe, a man renowned for his charming insights into many of the polarizing issues of our day, recently took some time to address the division that is ripping our nation apart.

What he said couldn’t be more true.

In a recent interview with “The Pure Flix Podcast,” Rowe appeared alongside his mother, Peggy, to promote her new book, “About My Mother: True Stories of a Horse-Crazy Daughter and Her Baseball-Obsessed Mother,” and to speak about modern culture.

Rowe specifically addressed the divides that plague the nation and the “kinder, gentler way of communicating that used to be the norm and now isn’t.”

“The country is listening to some sort of warning sign … and every day, every minute, every headline is just a reminder that something, somewhere is rotten or dangerous or hazardous,” Rowe said, adding that he believes there simply needs to be a world in which people laugh.

The TV host warned that too many people today are self-isolating and falling prey to confirmation bias — a trap in which people search for and see only the information that aligns with their specific worldview.

“We’ve created our own little bubble,” Rowe said. “Oddly we’re more connected today than we ever have been in the history of the world … but at the same time we’re more disconnected than we’ve ever been from the stuff that really matters — from our history, from our food, from our energy and most tragically sometimes from our friends and our families.”

“I guess on a conscious level I’m very aware of it, but I’m also mindful of the fact that no matter how necessary it is, nobody wants a lecture, nobody wants a sermon, nobody wants to have a finger wagged at them,” he said. “So, what I try to do from ‘Dirty Jobs’ to Somebody’s Gotta Do It’ through ‘The Way I Heard It’ through ‘Returning the Favor’ — I’ve been doing the same show for 20 years. I just change the title every five years or so.”

Rowe is absolutely right about how both sides of the aisle have created a bubble to dwell in, an echo chamber where only their own ideas and worldview is shouted back at them from like-minded individuals.

Sure, that’s needed to some point. The problem is when you stay inside the bubble and never get out of it and see what other people believe and why. The left does the exact same thing, perhaps to an even greater level.

Here’s to hoping we can all step outside of our comfort zones and learn how to communicate effectively with each other without malice.