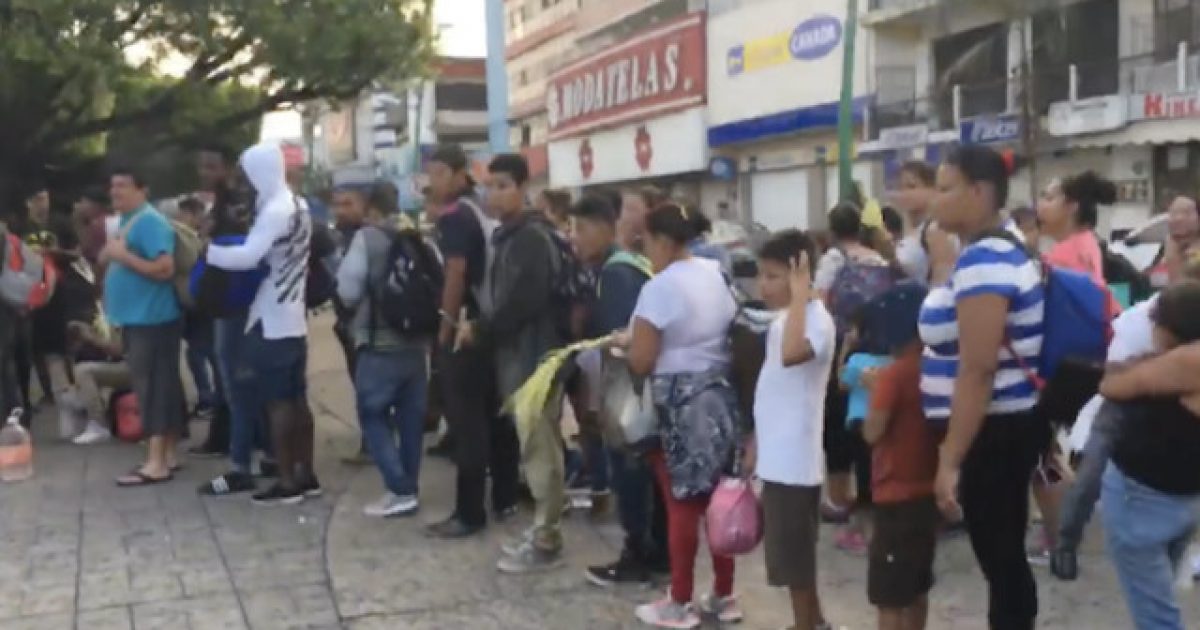 The Governor of Coahulia, the Mexican state where Piedras Negras, a border city, has some strong words for migrants who are flooding into the area, and the left is going to be extremely anger about it.

“In the case of the state government, we will not allow more migrants to travel to Coahuila,” Gov. Miguel Riquelme told reporters.

The governor explained it wasn’t up to him to stop this caravan when it crossed Mexico’s southern border nearly three weeks ago because that’s the federal government’s job. But this one is here now and he’s doing everything he can to deal with it in the most humanitarian way.

And that way involves the enormous security operation that has contained the migrants at the shelter.

A multi-agency force that includes federal, state and local law enforcement has partnered with Coahuila’s Mexican Army and military police to keep all the migrants housed while they process temporary asylum claims.

Out of nearly 2,000, only 139 migrants have obtained their official cards that will allow them to leave the shelter and travel freely throughout Mexico.

Authorities are also investigating whether the migrants have a criminal past. If they do, they will be deported immediately. So far, no one has been deported as a result.

This aggressive containment is intended for the security of surrounding Coahuila communities – and preventing the threat of them crossing the border, officials say.

The Security Secretary for Coahuila, Jose Luis Pliego Corona, wants Americans to know that they are doing everything possible to identify and remove any criminal threat in this group.

Mayor Claudio Bres has stated that he can only keep things like this going for three months, sharing his concern about future caravans coming through the area.

These caravans are simply bad news for everyone involved. They are full of criminals, folks with horrible diseases, and are sucking up resources that should be going to take care of citizens.

It’s entitlement thinking run amok. And it’s precisely why we need the wall. Let’s get it done.