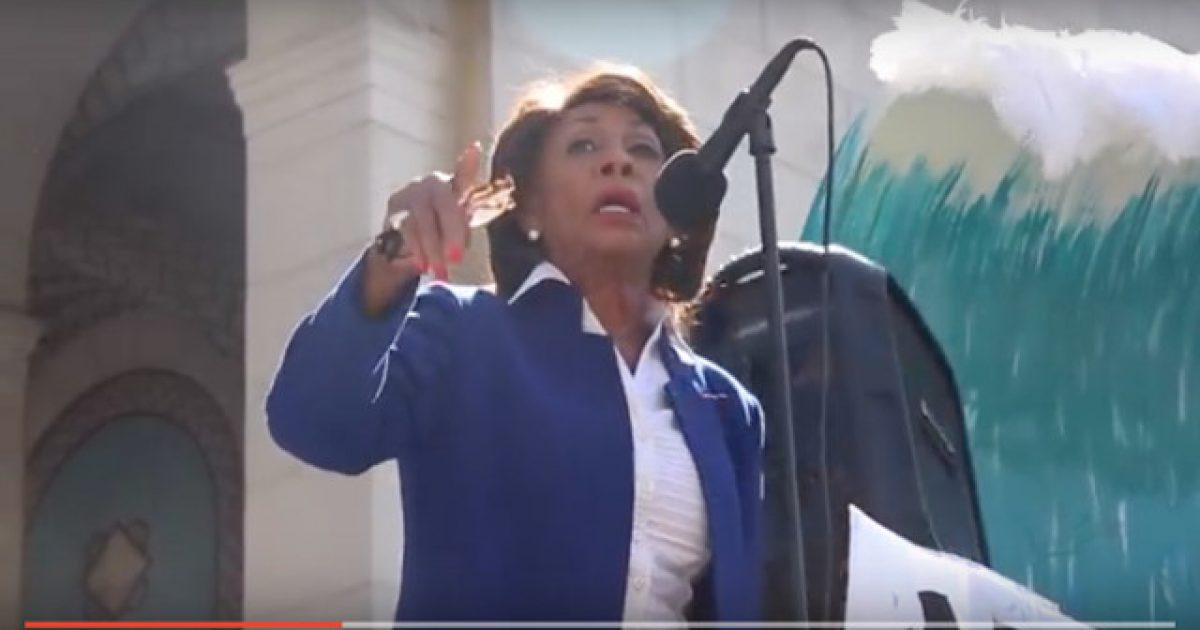 Super anti-Trump Congresswoman Rep. Maxine Waters viciously came after folks who support having a wall along the southern border, calling them “unpatriotic,” and stating they “do not love the country.”

This coming from a woman who is so “in love” with her country that she’s desperately trying to help usher in a fundamental transformation that would leave the nation unrecognizable in the future. Yeah, Waters is the last person who should be chastising folks for a lack of love for their country.

The outspoken foe of the president said that anyone who supports a border wall is not a patriot.

“This president is trying to keep a campaign promise to all of those people that he swore he would build a wall!” she told her audience.

Waters was speaking in front of Los Angeles City Hall on Presidents Day in a rally meant to protest the declaration of a national emergency by Trump in order to begin construction on the border wall.

“And so we’ve got to resist this president and this so-called national emergency!” she added to great applause.

It seems pretty obvious that anyone who is in favor of willy-nilly allowing folks to waltz in and out of their country, especially when a large portion of those individuals are hardened criminals, is the one who is “unpatriotic.”

A patriot seeks to preserve the good of his nation, the liberty of his people, and the protection of precious resources from abuse. In other words, patriots support the wall, a measure designed to accomplish all of those things.

Waters is simply doing some political posturing here to help keep her base fired up for the 2020 election. It’s sad, but true.