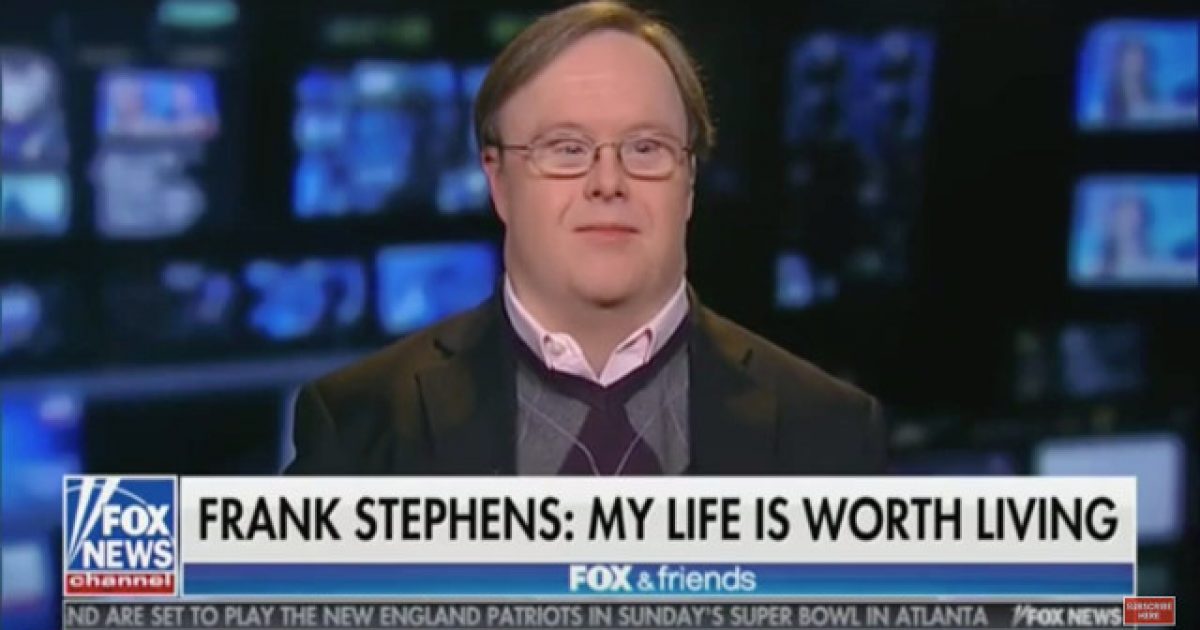 Former Special Olympian Frank Stephens recently made an appearance on “Fox & Friends” after a video of his testimony before Congress was shared by actor Ashton Kutcher, making it go viral.

Stephens has stated that he wants to share his story so that he can make abortion “unthinkable.” At a time in our nation when we’re seriously considering legalizing abortions as late as 36 weeks and beyond, this story is so desperately needed.

“I’d like to thank my friend Ashton Kutcher for bringing back my testimony,” he said. “It’s like the walking dead because it just won’t stay down.”

Stephens said he doesn’t want to make abortion illegal, but instead wants to make it “unthinkable.”

Co-host Ainsley Earhardt asked Stephens why his life is worth living and he said he’s gotten to travel all across the world and enjoys the strong love of his family and friends.

“My life is worth living because it is fantastic,” he replied. “I’ve gotten to travel all over the world. I get to workshop a play in New York. I’m going to be in two documentaries which will be on next month. And I have a lovely girlfriend, friends and a wonderful family.”

This man is simply amazing, isn’t he?

Every life, regardless of any real or perceived disability, has value because all human beings are made in the image of God. This designation sets us apart from the animals, gives us a special purpose for existing.

To say that a life isn’t valuable because they have a disability is simply horrific and just plain wrong, a point that Stephens clearly proves.

We should all pray for this man and his story change hearts and minds, just like he intends.