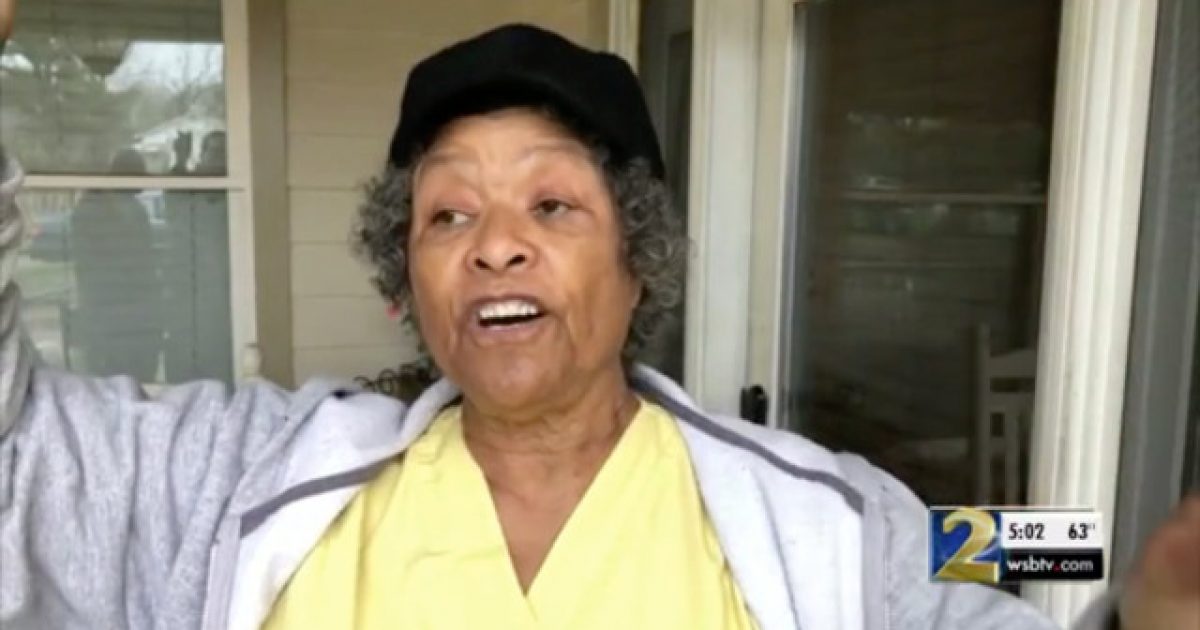 The Second Amendment gets trashed a lot by liberals who swear up and down that good guys with guns don’t stop bad guys, but you know, it seems not a week goes by that a news story doesn’t pop up that proves otherwise.

Like the tale of a great-grandma who fired a pistol at a man trying to break into her house.

Gwendolyn Agard, 79, was in her house in Jackson County when a man shattered the glass on a second-floor door in the back of the house and came inside, police say.

Agard quickly grabbed her gun and called 911. She told Channel 2’s Berndt Petersen she yelled at the man and fired a few shots at him. She missed, but the alleged thief was so scared, he hid in an upstairs closet until police arrived.

“I’ve always said, don’t ever let anybody come in and run you out your of your own house,” Agard said. “And I said to him, ‘You come down those steps and I’ll blow your f****g brains out.’ That’s exactly what I said.”

When deputies got there, they found the suspect hiding in a bedroom closet.

“That’s why I say she’s my hero. That she could do this at her age, I was very impressed. And I’m thankful the good Lord took care of her,” said mail carrier Connie Oliver.

That’s how Gwendolyn sees it, too. And she’s pretty sure he’ll forgive the foul language.

Hans Roger, the suspect in the incident, is facing a long list of charges, including home invasion.

Who knows what might have happened to this poor woman had she not had the right to own a weapon for self-defense. Thanks to her gun, she was able to stop this guy from carrying out whatever wicked plot he had planned.

That alone should be enough to make everyone pro-gun.