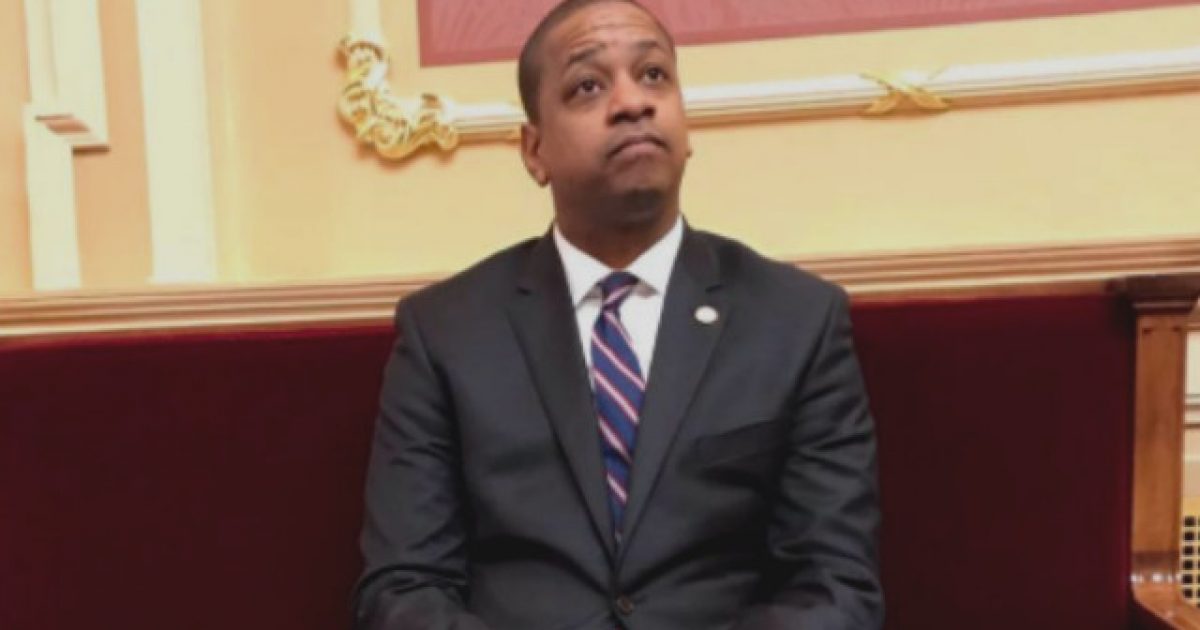 It seems that the Democratic Party is now into cannibalism, opting to turn and eat their own in the case of Lt. Gov. Justin Fairfax who is facing multiple serious sexual assault allegations.

Fairfax has denied the allegations, calling for a “full investigation” into the claims, however, while some might say that seems like a strong indication he’s innocent, his fellow Democrats are now using that against him.

After a second accuser came forward Friday claiming the politician sexually assaulted her years ago, Fairfax issued an unequivocal denial in which he blamed the allegations on a “vicious and coordinated smear campaign” against him and called for a full investigation.

“I deny this latest unsubstantiated allegation. It is demonstrably false. I have never forced myself on anyone ever,” said Fairfax in a statement reported by NBC News. “I demand a full investigation into these unsubstantiated and false allegations. Such an investigation will confirm my account because I am telling the truth. I will clear my good name and I have nothing to hide. I have passed two full field background checks by the FBI and run for office in two highly contested elections with nothing like this being raised before. It is obvious that a vicious and coordinated smear campaign is being orchestrated against me. I will not resign.”

But Fairfax’s fellow Democrat, Virginia House of Delegates Member Patrick Hope, announced shortly after Fairfax’s denial Friday that he will introduce articles of impeachment unless the lieutenant governor resigns by Monday. As a rationale for his call for impeachment, Hope cited Fairfax’s demand for an investigation.

“On Monday, I will be introducing articles of impeachment for Lt. Governor Justin Fairfax if he has not resigned before then.” Del. Hope said in a tweet Friday afternoon reported by The Hill. Hope followed up that tweet Friday night by explaining that Fairfax’s demand for an investigation requires that he be impeached. “The alleged crimes committed by LG Fairfax took place in Massachusetts and North Carolina. The impeachment process is the only way for Virginia to have the investigation that LG Fairfax has demanded,” Hope wrote.

The alleged crimes committed by LG Fairfax took place in Massachusetts and North Carolina. The impeachment process is the only way for Virginia to have the investigation that LG Fairfax has demanded.

The impeachment process is the investigation. https://t.co/1u63esfzC5

JUST IN: Now attorneys for both women who accuse @LGJustinFairfax of sex assault say their clients will tell their story if impeachment proceedings go forward @nbcwashington pic.twitter.com/KcEmnVkI3g

The first allegation to come out against Fairfax surfaced after the fallout of incriminating blackface photos emerged of Gov. Ralph Northam, a man who is now infamous — at least among conservatives — for his attempt at defending infanticide publicly.

A second accuser, Meredith Watson, came forward against Fairfax on Friday of last week, claiming she was raped by the accused during her time as a student at Duke University back in 2000. She has described the incident as “premeditated and aggressive.”

This might be one of the few times Democrats are consistently applying their zeal for justice and equality to someone from their own party.

Heck, such a gesture might even be considered noble, if it wasn’t for the fact they’re simply attempting to distract folks from the reality that people in Virginia belonging to their party actually defended the murder of infant children.

Just let that sit with you for a bit.