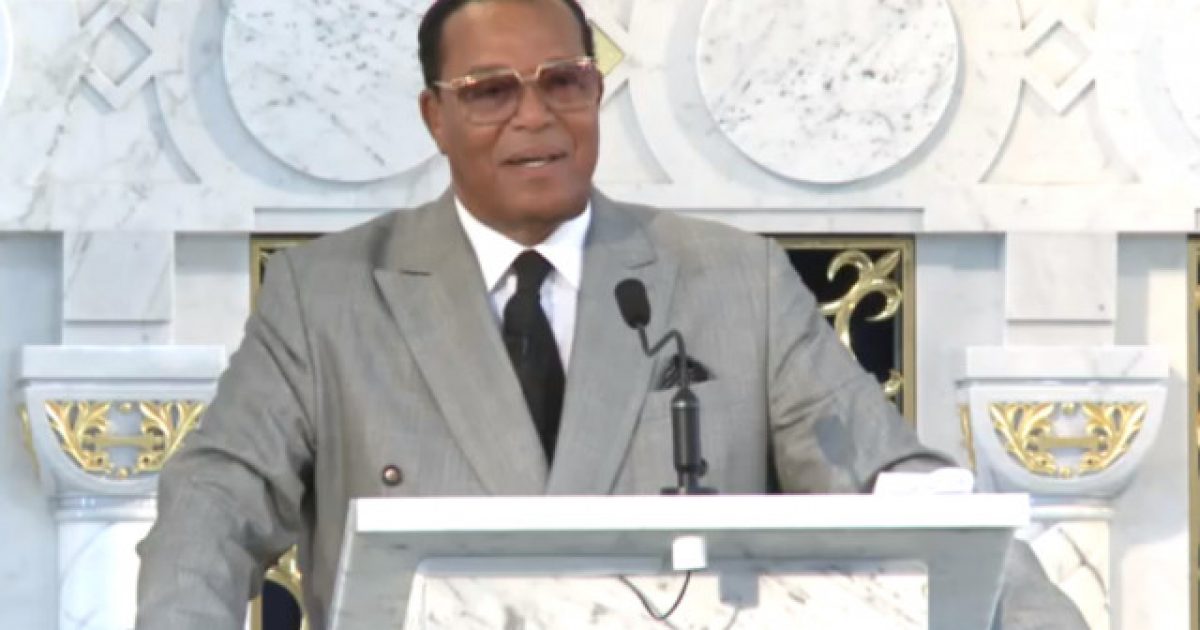 Nation of Islam leader Louis Farrakhan is calling for black Americans to have their own state, separate from the rest of the United States, stating “that’s what God wants.”

Yes, that’s right. A supposed Civil Rights leader is calling for segregation. The irony is not likely lost on many of you dear readers, nor is how absurd and destructive this whole idea really is.

People shouldn’t be more separated. We need to bond over our common humanity and become one nation under God. Not separated and divided by race.

The video features footage of a resurfaced 2015 interview on “The Rock Newman Show,” during which Farrakhan said that God wants black Americans to have their own state and that blacks who disagree are simply “slaves.”

In the beginning of the video, Newman asked, “[Is it] your goal of the Nation of Islam to still establish a separate nation or state?”

Farrakhan responded, “That’s not just my goal. That’s what God wants! Most of our people don’t want it yet. You love your enemy. You want to stay with your enemy. You’re in love with his wealth!”

Farrakhan said that this has always been the Nation of Islam’s goal.

“Let me tell you what’s gonna happen,” he explained. “Yes, I’m after a separate state. A separate nation. In the ’60s, what was our cry, Rock? We weren’t saying we want to integrate, we were saying ‘It’s nation time!’ Black Power to do what? To integrate a lunch counter? Black Power to build a nation for 40 million — now near 50 million — black people.”

The last thing America needs is more division. At the end of the day, we’re all human beings made in the image of God. We all have the same types of experiences, though individual experiences may differ, and basically, we all want the same things out of life.

What’s so difficult about setting aside all this other junk and building our lives together? It seems so simple and easy, yet folks are blinded on both sides.

Let’s hope for healing and restoration, not more division.