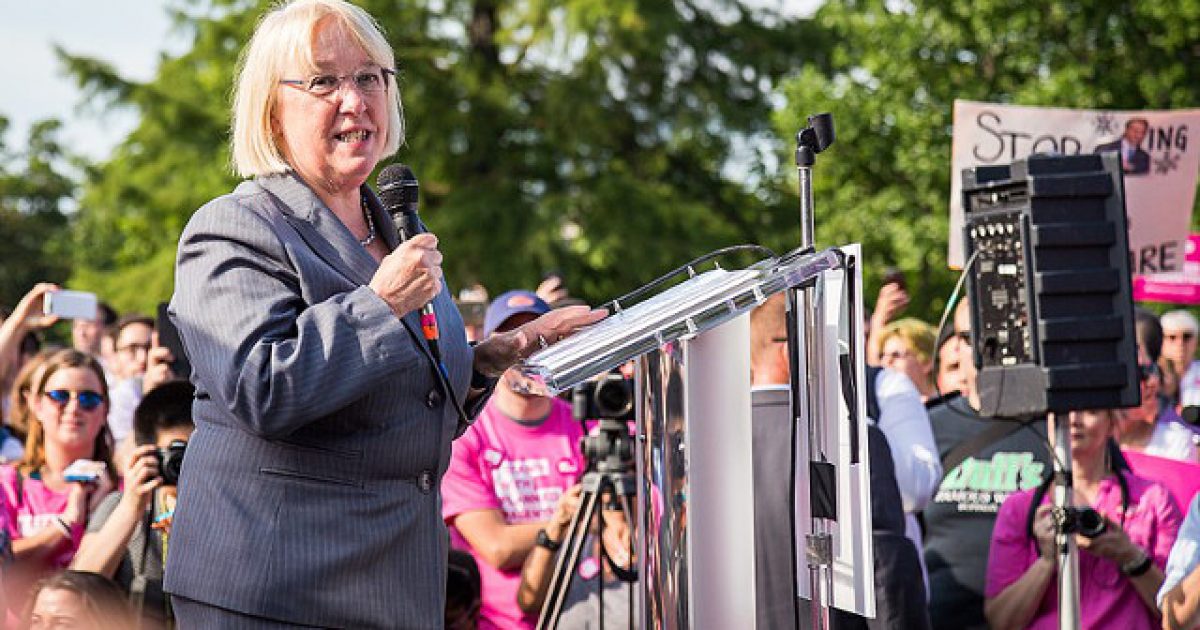 Sen. Patty Murray, a Democrat from the state of Washington, was the lone Democrat who decided to block a bill that banned infanticide for abortion survivors, thus proving the most radical, ardent supporters of abortion have a soul as black as the night.

This woman is as vile and evil as they come, folks.

Last Thursday, Senator Ben Sasse (R-NB) requested the unanimous consent vote after Virginia Democratic Gov. Ralph Northam, a pediatric neurologist, had made comments indicating he did not object to letting an infant die after its birth, indicating that a born-alive “infant would be resuscitated if that’s what the mother and the family desired.” Sasse had already called for a unanimous consent vote to pass a resolution defending the Knights of Columbus in mid-January. That resolution was passed unanimously.

According to the rules of the Senate:

A senator may request unanimous consent on the floor to set aside a specified rule of procedure so as to expedite proceedings. If no Senator objects, the Senate permits the action, but if any one senator objects, the request is rejected. Unanimous consent requests with only immediate effects are routinely granted, but ones affecting the floor schedule, the conditions of considering a bill or other business, or the rights of other senators, are normally not offered, or a floor leader will object to it, until all senators concerned have had an opportunity to inform the leaders that they find it acceptable.

Sasse appealed to the conscience of the entire Senate, saying, “Just a few years ago, the abortion lobby was really clear in its talk about hoping abortion would be … safe, legal, and rare. Now we’re talking about keeping the baby comfortable while the doctors have a debate about infanticide. You’re either for babies, or you’re defending infanticide … please, don’t let Governor Northam define you.”

Murray objected to the unanimous consent vote, stating, “This is a gross misinterpretation of the actual language of the bill that is being asked to be considered and, therefore, I object.”

It is not likely that the House version of the bill would pass in the Democrat-controlled House, if even allowed to be voted on. This is despite the fact that the Born-Alive Infants Protection Act, which defines infant survivors of abortion as “human beings” entitled to all the rights in the U.S. Constitution, was passed by both Democrats and Republicans in 2002 and signed into law by then-President George W. Bush. … In 2015, only five House Democrats supported the Born-Alive Abortion Survivors Protection Act, which then-President Barack Obama said would have a “chilling effect” on “access to care.”

Taking an honest look at things, Sasse was not necessarily doing this because he believed the bill would pass. Obviously the fact the Democrat controlled House would kill the bill.

No, this was a political strategy, as well as a stand on his moral principles. Those Democrats who would vote to block this bill are essentially signing their names down as being in support of infanticide.

The overwhelming majority of American voters will be appalled at such an idea, thus meaning that a stringent and hard hitting campaign against these individuals would be carried out come reelection time.

Murray may have just self-destructed on the national stage.