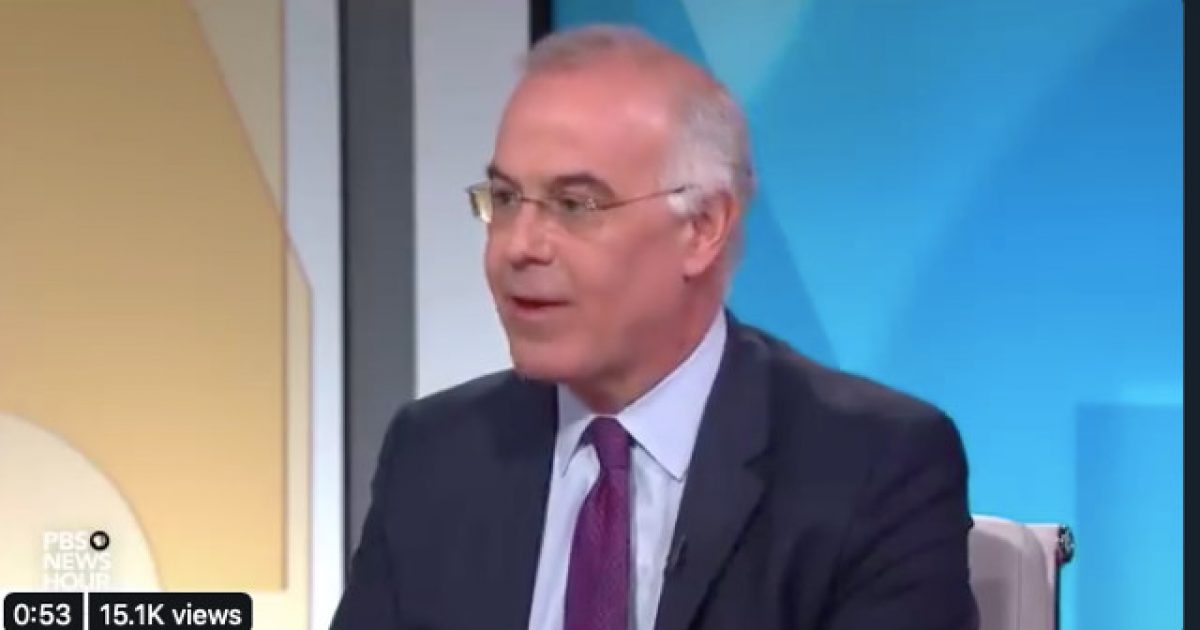 David Brooks, a liberal columnist for the New York Times took the Democratic Party to the woodshed during “PBS NewsHour” Friday, shredding them over the Green New Deal, stating they were “to the left of Che Guevara.”

That’s going to break some left-wing hearts, now isn’t it?

“Where do you see the Democratic field sort of shaking out in that way?” host Judy Woodruff asked. “And does it — I mean, is it shaking in a direction that helps the party, or not?”

“It’s somewhere to the left of Che Guevara,” Brooks responded.

“As Donald Trump makes it extremely hard to think about supporting somebody like that, I find the Democrats have done an outstanding job of making it hard for a lot of moderates to support anything,” Brooks said. “Personally, the idea that I could ever support a candidate who was in support of the Green New Deal, that will never happen. That could never happen.”

“It really is a centralization of power in a way we haven’t seen and doesn’t exist in Scandinavia,” Brooks added. “It used to be Democrats wanted to shift the tax code, shift the regulations in order to steer the market in a more humane direction, and I get that. And that — being that kind of Democrat, you would be for a carbon tax in order to address global warming. This is not that.”

Brooks concluded: “This is simply the government taking control of large swaths of the American economy, something I don’t think the government is capable of doing.”

Brooks blasts @AOC‘s “Green New Deal,” says it “concentrates power in the hands of the Washington elites” and is “government taking control of large swaths of the American economy” pic.twitter.com/d9nhvtLR0T

Well. It’s happened, folks. Hell has actually froze over. A liberal Democrat has actually acknowledged the truth about the Green New Deal and has admitted that such a plan is bad for our country.

Anyone else speechless? Crazy, right?

It’s sort of comforting to see that not even some on the left have gone this insane and are willing to acknowledge this thing, as is, is super harmful for our country.

Perhaps there’s hope for the future after all.