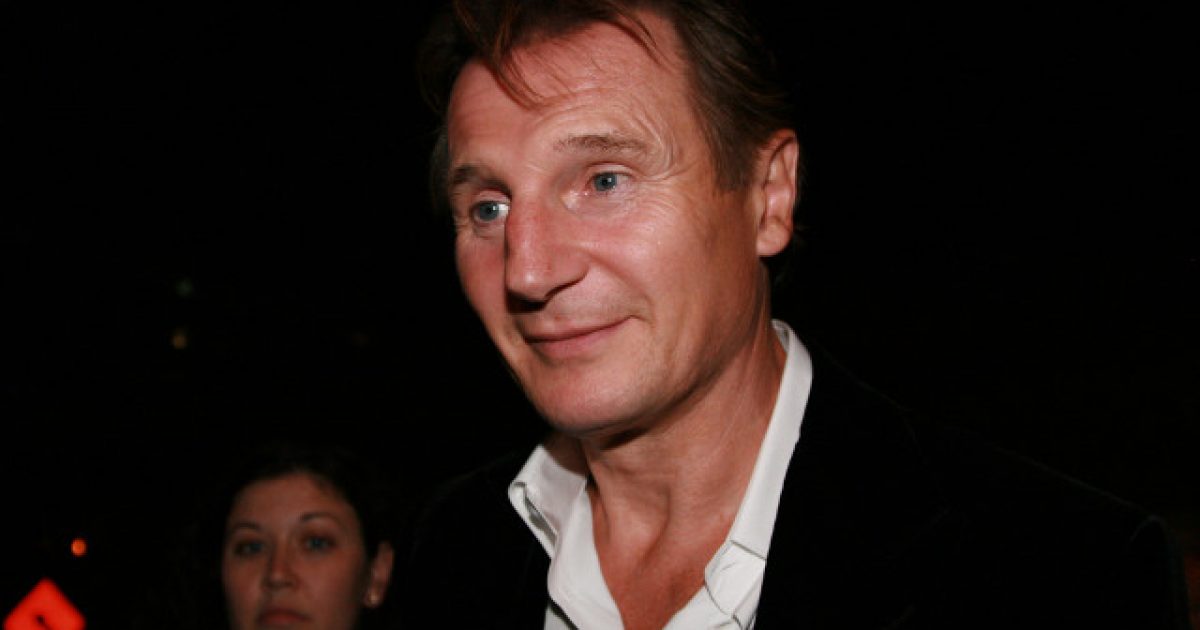 Actor Liam Neeson, known primarily as the “I will find you” guy from the film “Taken,” is finding himself the target of the PC police after stating that he roamed around looking for a black man to kill after a loved one had been raped.

Now, as bad as the controversy is for him, just imagine how bad it would be for someone like Tim Allen. Yikes.

Speaking with The Independent, the 66-year-old actor who became an action star with the box-office hit “Taken” opened up about several dark thoughts he held in the past following the rape of his loved one.

“There’s something primal – God forbid you’ve ever had a member of your family hurt under criminal conditions,” Neeson began as he recounted his story.

The rape against this loved one allegedly happened while he was overseas. When he returned to learn of the rape, he recalled the many horrific thoughts that went through his mind and how he donned an almost Charles Bronson “Death Wish” persona to make up for it.

“She handled the situation of the rape in the most extraordinary way,” Neeson said. “I asked, did she know who it was? No. What color were they? She said it was a black person.”

Neeson continued, “I went up and down areas with a cosh, hoping I’d be approached by somebody – I’m ashamed to say that – and I did it for maybe a week, hoping some [Neeson gestures air quotes with his fingers] ‘black bastard’ would come out of a pub and have a go at me about something, you know? So that I could [pause] kill him.”

Now, what the rest of the mainstream media isn’t really focusing on is the fact that Neeson denounced the thoughts he was having and even said they were wrong.

“It took me a week, maybe a week and a half, to go through that. She would say, ‘Where are you going?’ and I would say, ‘I’m just going out for a walk.’ You know? ‘What’s wrong?’ ‘No no, nothing’s wrong,'” he said. “It was horrible, horrible, when I think back, that I did that. And I’ve never admitted that, and I’m saying it to a journalist. God forbid.”

Neeson went on to say that he has learned that revenge, in the real world, solves nothing.

Of course, as we all know from previous example — Roseanne, anyone? — there’s no such thing as apologizing enough after you make a comment like this one, so the left, having had their fangs whetted with blood, won’t stop hammering on Neeson until he has paid some sort of penance they deem acceptable.

That’s how liberalism seems to work these days, right?