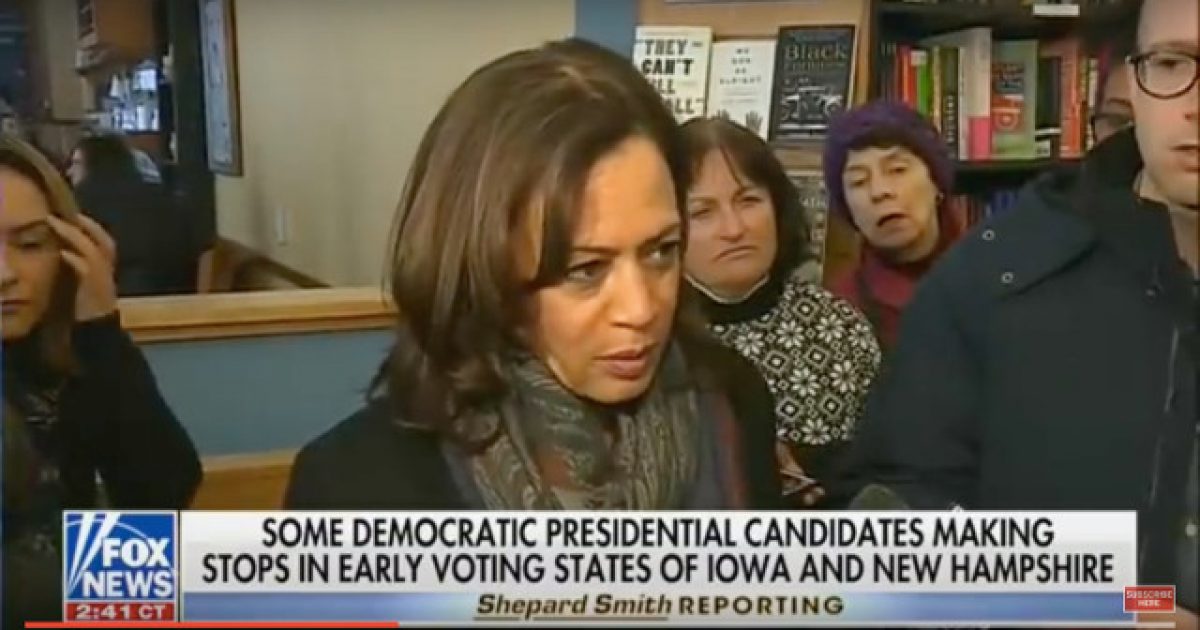 Democratic Sen. Kamala Harris stumbled all over herself recently when asked by the media Monday about the claims that actor Jussie Smollett may have staged his alleged attack.

Yeah, this whole fiasco is causing a lot of problems for the media and left-wingers in the entertainment industry. You know, the knee-jerk reaction crowd who respond without having all the facts.

“[email protected] is one of the kindest, most gentle human beings I know. I’m praying for his quick recovery. This was an attempted modern day lynching. No one should have to fear for their life because of their sexuality or color of their skin. We must confront this hate,” Harris tweeted on Jan. 29.

“About saying that it was a modern-day lynching,” a reporter responded. “Jussie Smollett.”

“Okay, so I will say this about that case. I think the facts are still unfolding and I’m very concerned,” Harris answered.

Smollett alleged that two white men attacked him in the middle of the night as he was walking home from a Chicago-area “Subway” restaurant last month. He told police that the men poured a bleach-like substance on him, tied a rope around his neck similar to a noose, and shouted racist and homophobic slurs. Over the past couple days, the police have reported that it appearst that Smollett staged the attack and paid two Nigerian men to attack him.

Kamala Harris had no problem using inflammatory rhetoric to tie the #JussieSmollettHoax to @realDonaldTrump & his supporters.

Now that she has the facts, why can’t she even remember her divisive language? Why is she giggling about it? pic.twitter.com/imY8lxm89m

The folks who rushed out to support Smollett and trashed conservatives and Trump supporters as being dangerous people now have a huge amount of egg on their faces and they are desperate to find some way out of this situation with the least amount of damage to their reputations.

The bottom line is, they vilified Trump supporters and it came back to bite them. At the end of the day, this was about stirring up hatred against a group of people simply over their politics. To what end, well, that’s anybody’s guess at this point.