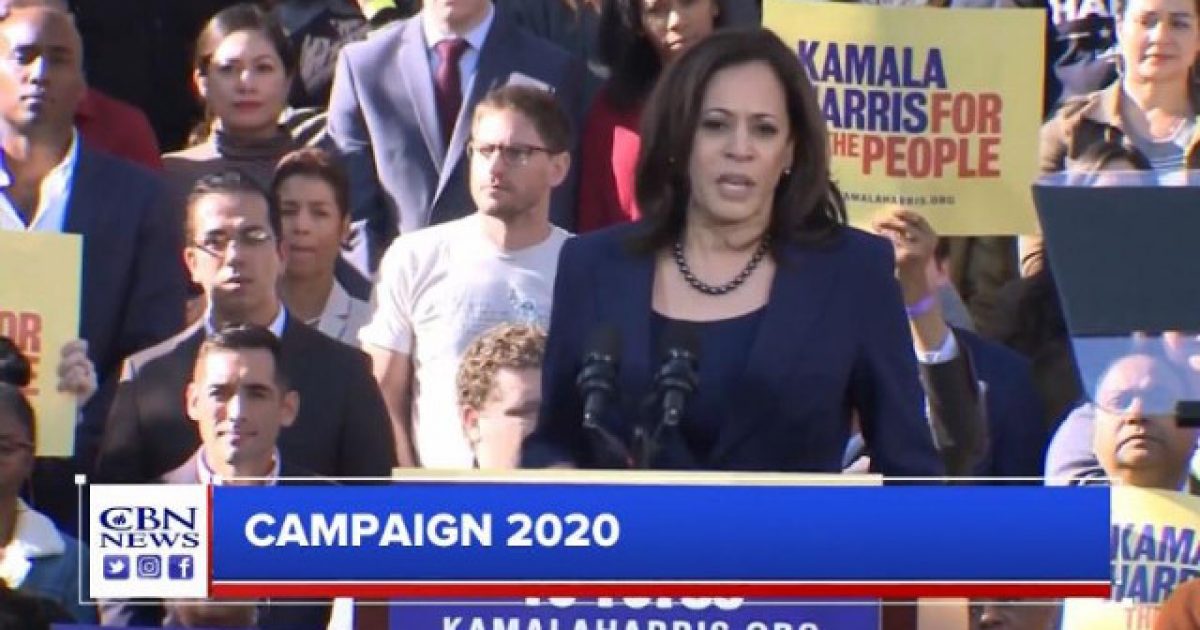 California Sen. Kamala Harris, who is running for president, tweeted out Tuesday night that no one should have to work two jobs to make ends meet.

She probably wasn’t expecting the response she got back from hard-working Americans across the country.

No person should have to work more than one full-time job to put food on the table or pay the bills. Period.

Harris’ concern for the financial well-being of others is touching, since she had no trouble employing a bunch of unpaid interns, as the Sacramento Bee reported in July 2017:

While not all of California’s 80 Assembly members and 40 state senators have interns in their Capitol offices, Kevin Liao, press secretary for California Assembly speaker Anthony Rendon, estimated that there is an average of one intern for each office. The state Senate currently pays a few statewide. The Assembly’s most recent public payroll from the end of May lists five paid interns working for members in the Capitol, plus 12 in other offices and throughout the state. The vast majority are unpaid, although some may get grant money from outside sources. The governor, members of Congress and U.S. Senator Kamala Harris – who has 53 interns right now – all advertise unpaid internships in Sacramento as well.

Harris’ preference for a redistribution of wealth has been manifested in other ways, too; in July 2018, Harris claimed, “In 99% of counties in America, someone making the minimum wage working full time can’t afford a 1-bedroom apartment. That is outrageous. I’ve just introduced the Rent Relief Act, so that Americans who spend over 30% of their income on rent can get a portion of that money back.”

In 99% of counties in America, someone making the minimum wage working full time can’t afford a 1-bedroom apartment. That is outrageous.

I’ve just introduced the Rent Relief Act, so that Americans who spend over 30% of their income on rent can get a portion of that money back.

Harris’ tweet that no one should have to work more than one full-time job engendered genuine irritation on social media:

Why not? I’ve held two jobs more than once, as I was paying bills and going to school or when I was starting new companies. During these times, I learned many valuable lessons. I learned I can do hard things. I am better for having done it. Period. https://t.co/wGyfz1bbje

I’m 67, have 2 jobs now and am damn proud of it. You won’t win anything running on this platform madam. Work ethic is the backbone of this country

At one point, I was working one full time job, one part time job, doing temp work when I could, and selling plasma twice a week while finishing my degree. That work ethic, never being able to sit still, got me promoted in 1 year at my first ‘real’ job, and I’ve never looked back.

It really seems sometimes that folks on the left are allergic to the idea of hard work, doesn’t it? Sure, it’s nice to have all of your bills paid off by working one job, but there’s nothing wrong with working multiple jobs to make ends meet.

Sometimes people work two jobs just for the heck of it. Your body and mind were designed to work full days. It’s okay to stretch yourself, especially temporarily.

This is just more evidence of how out of touch with reality and the working class Harris and her fellow Democrats are.