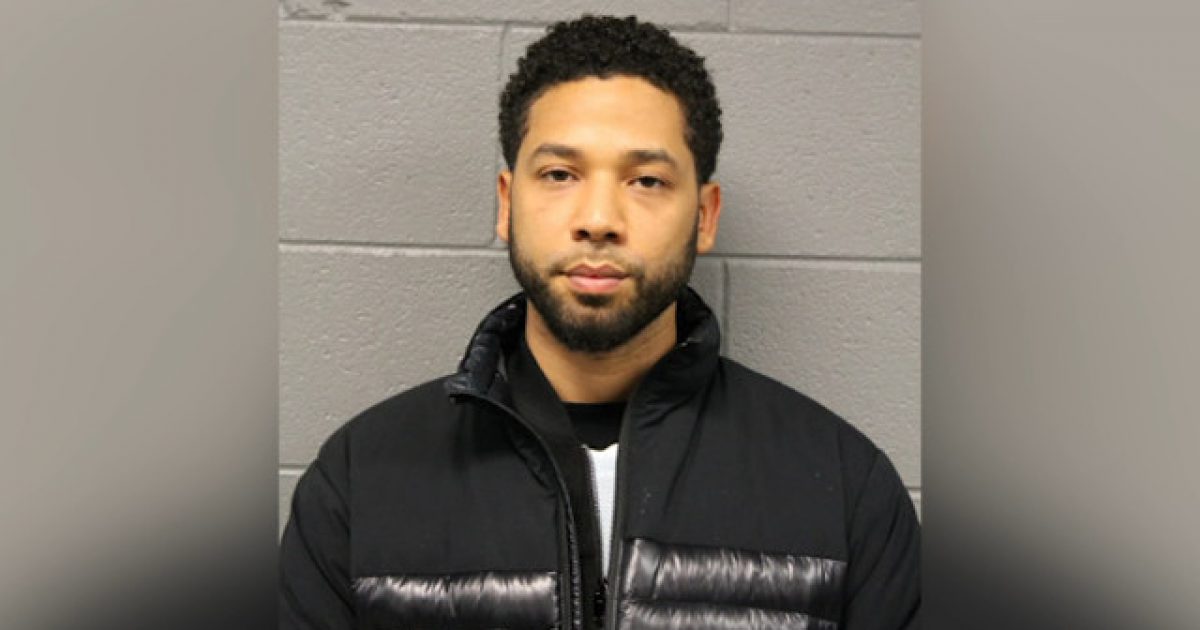 So the plot continues to thicken concerning the whole Jussie Smollett fiasco, as now the shamed actor who orchestrated fake hate crimes against himself, is now blaming all of his troubles on drug use.

The question now is how long he’s had this issue and how is this going to impact the felony charges filed against him?

JUSSIE Smollett told officers he has a drug problem as they arrested him for allegedly staging a “racist and homophobic” street attack to boost his career, according to US reports.

Cops later said the Empire star had bought ecstasy from one of the brothers said to have helped him in the elaborate hoax.

Today Fox confirmed Smollett had been axed from the last two episodes of hit drama Empire a day after he was freed on $100,000 bail.

He went straight from court to the TV set where he made a tearful apology to cast and crew – but they were said top be furious at him over the outrageous alleged stunt.

Police charged Smollett on Wednesday with staging the violent attack in Chicago and he handed himself in the next morning.

During his arrest he reportedly told officers he struggled with drug use and had never been treated, TMZ reports.

If he is convicted, a drug problem could be used as a mitigating factor and get his sentence reduced, US reports say.

As if there isn’t enough already piled up to convince you this man is absolutely horrid, he wrote a threatening letter to his employer attempting to use these fabricated attacks in order to get more money.

‘Empire’ actor Jussie took advantage of the pain and racism to promote his own career. I am left hanging my head and asking why? Why would anyone, especially an African-American man, use the symbolism of a noose to make false accusations?” Eddie Johnson, the superintendent of the Chicago Police Department, said in a news conference Thursday.

Johnson said Smollett paid two brothers $3,500 after the threatening letter did not get enough attention, and staged the attack. He paid the brothers another $500 after the attack, police said.

This isn’t first incident like this for Smollett. He’s apparently lied to police in the past too.

America is a deeply divided country right now thanks to the hard work of liberals in both the political arena and in the entertainment industry who have turned complicated issues into an “us vs. them” fight to the death.

Tensions are at an all time high. People are getting violent toward each other over politics and race, believing untrue things about each other thanks to stereotypes being promoted by the mainstream media. Stereotypes that Smollett himself tried to play on in order to boost his career.

Folks like Smollett have an opportunity to use their platform to help our nation heal, to remind people of their shared humanity so that we can come together and stand on what we have in common.

Instead, this man leverages his sexuality and minority status to conjure up fake attacks that once again have served to deepen the divide in our country.

If much of this is related to his drug use, then he sincerely needs to get help before its too late. That path only leads in one direction.

However, even that does not excuse him for his actions. He hypocritically stereotyped an entire group of people, perpetuating the false belief that Trump supporters are bigots and racists.

He sought to make a buck off the misery we’re experiencing as a split nation and that’s horrific on every level.

Smollett also disrespected individuals who are actual victims of hate crimes by setting a precedent that makes their stories that much more difficult to believe.

Here’s to hoping this fellow gets locked up and learns his lesson.