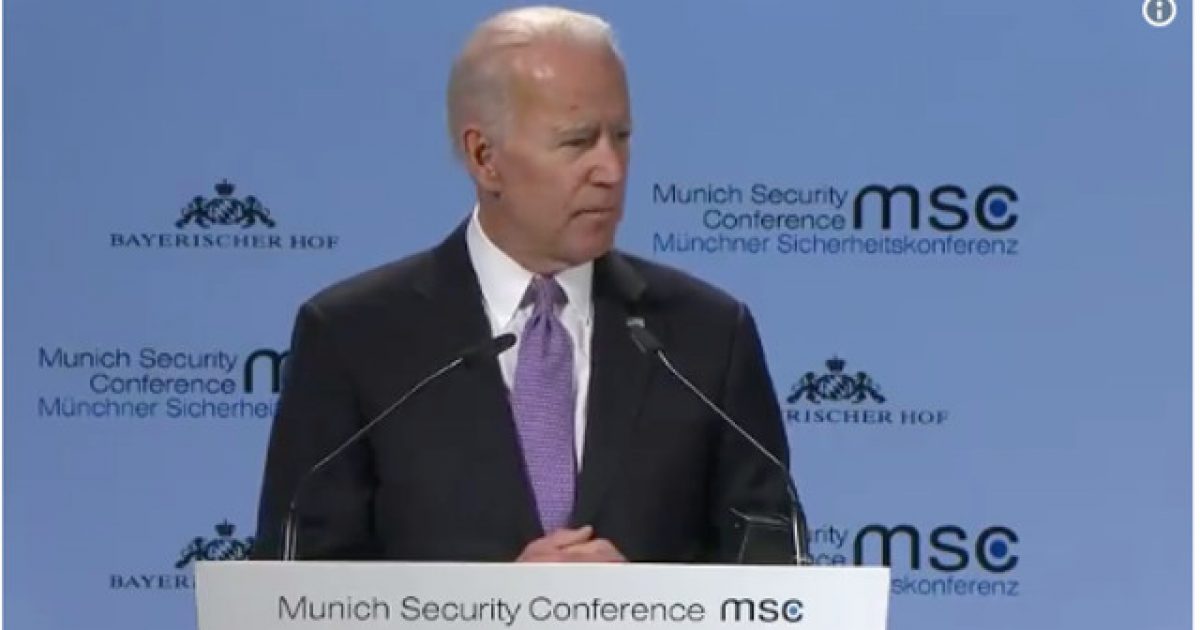 Former Vice President “Uncle” Joe Biden is up to his old tricks again, picking up where his partner in crime, former President Barack Obama left off, insulting the greatest nation on the earth, the nation he calls home while speaking Europe.

What’s scary about this is that there’s a rumor going around that Biden is running for president next year. Yikes.

Speaking at the annual Munich Security Conference, Biden said America under President Donald Trump’s leadership does not reflect traditional American values that have characterized the U.S. for centuries. According to the Washington Examiner, Biden’s comments came when discussing the border crisis.

Although Biden did not criticize Trump by name, maintaining a longstanding unspoken policy of refraining from criticizing the sitting president while on foreign soil, Biden spoke “as a citizen” and said that America lacks leadership.

“You’re never allowed to disagree with your brothers and sisters in public. Today, because of, I think, a lack of leadership coming from the other side of the Atlantic, we find ourselves in a different place,and it’s uncomfortable,” Biden said.

“I know we’ve heard a lot today about leadership, but in my experience, leadership only exists if somebody — and others — are with you. Leadership in the absence of people who are with you is not leadership,” he explained.

How awful is this guy? You don’t go speak in a foreign nation and hammer on your own country, the very country you represent on a daily basis around the world.

You know, if people don’t like America, they’re all free to leave. Seems highly unlikely they’d be missed.

Biden is out of touch with reality, future generations of voters, and reality in general. Exactly why he should never be allowed to be president.