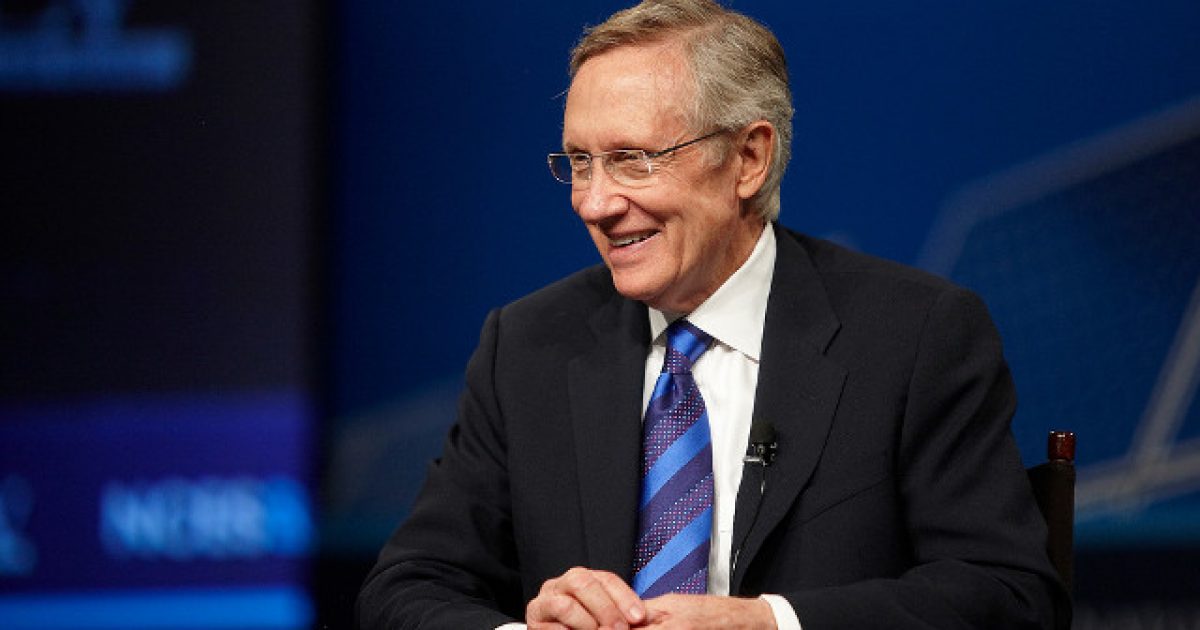 Harry Reid, who represented the state of Nevada in the Senate for thirty years, recently weighed in on whether or not he was going to offer his support and endorsement for president to Sen. Elizabeth Warren.

Let’s just say Warren isn’t going to be happy about his decision.

Although he called the 69-year-old Warren a “good person” in an interview with the Boston Globe, Reid, 79, asserted that “my Nevada politics keep me from publicly endorsing her.”

He added that “anything I can do to help Elizabeth Warren short of the endorsement, I will do.”

Reid, who said he “didn’t discourage” Warren from seeking the White House, helped catapult Warren into the national spotlight by appointing her in November 2008 to the Congressional Oversight Panel, a five-member committee responsible for overseeing the federal bailout provided by the Emergency Economic Stabilization Act.

Nevada, which Hillary Clinton narrowly won in the 2016 presidential race, will assume an unprecedented level of importance in the upcoming 2020 Democratic presidential primaries, because a change in the primary calendar will put Nevada’s primaries just prior to the key primaries in California.

Not even the man who helped make Warren a household name feels she has a snowball’s chance of winning against Trump in the 2020 presidential race. That’s likely going to have a large negative impact on her campaign, as many others probably feel the same as Reid and will not be backing her for president.

Warren has basically made herself the object of mockery and scorn with the whole Native American heritage and DNA test results debacle, so it’s really curious why she would even attempt to run this time around.

Guess we’ll just have to wait and see how all of this unfolds.