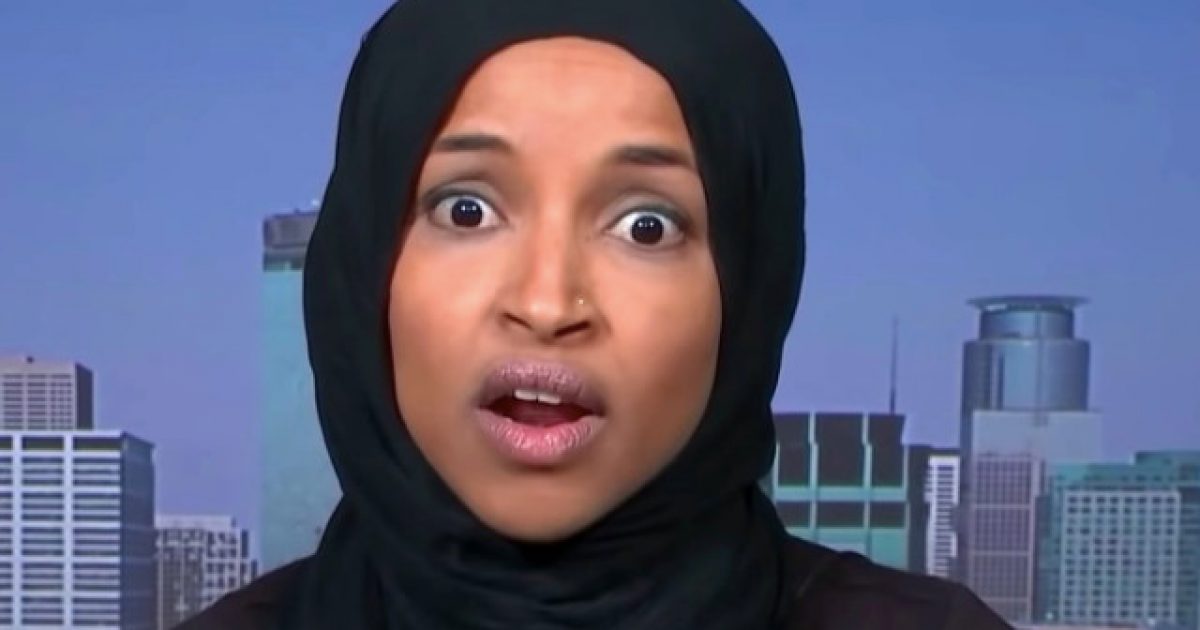 Notoriously anti-Semitic Congresswoman Rep. Ilhan Omar recently stated that the impeachment of President Trump is “inevitable” and also “terrifying,” which seems to be something really strange for a diehard anti-Trump individual to say, right?

Here’s what she really means.

Omar made the comments in a Rolling Stone interview that was published Wednesday.

“I believe that impeachment is inevitable,” she said.

“It also is a terrifying notion,” she continued. “[Vice President] Pence is an ideologue, and the ideology he holds is more terrifying to me and my constituents.

“And we have not had a full impeachment that removes the president from office,” she added. “Nations struggle any time [they] overthrow a dictator, and Trump really has the markings of a dictator.”

She reiterated her comments in a tweet with a link to the interview.

I believe that impeachment is inevitable. It also is a terrifying notion. Nations struggle any time they overthrow a dictator, and Trump really has the markings of a dictator. https://t.co/cduTmOxous

Omar was most recently in the headlines over accusations of anti-Semitism lobbed against her over tweets criticizing a Jewish organization for having too much influence on American politics. Omar apologized, but then appeared to reiterate the claims about which she apologized.

Trump is a dictator? Really? Perhaps this woman needs to spend a little time in Venezuela or North Korea to learn what a dictator truly is and how oppressive it is to live under one.

The fact she can say that and not be executed for treason is proof in and of itself that she’s not living in a dictatorship.

It truly seems that this freshman class of Democratic congressmen and women are absolutely the most ignorant we’ve seen in many, many years.