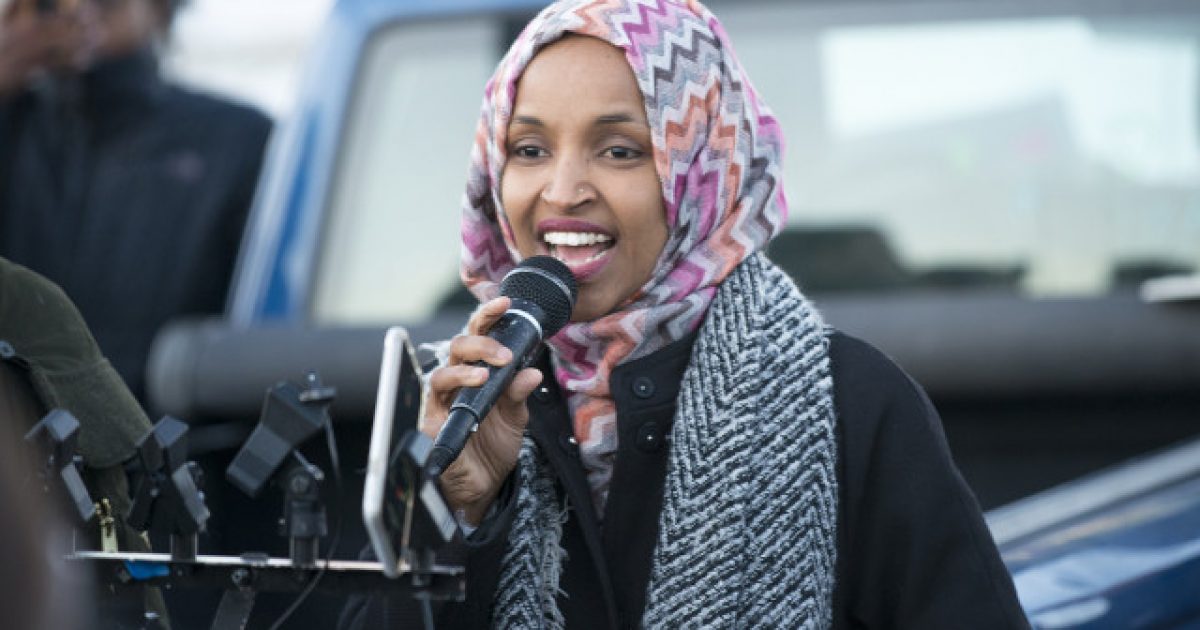 Notoriously anti-Semitic Rep. Ilhan Omar recently tried to apologize for pushing wacky anti-Semitic conspiracy theories over the weekend in a statement she released Monday, but ended up digging her hole even deeper.

Gee, it’s almost like her comments were the result of a heart filled with hate and discrimination for an entire group of people. Maybe she should step down from office?

Omar painted herself as a victim of attacks over her “identity,” and continued to espouse false anti-Semitic conspiracy theories about AIPAC giving money to members of Congress as she also tried to score political points.

“Anti-Semitism is real and I am grateful for Jewish allies and colleagues who are educating me on the painful history of anti-Semitic tropes,” Omar wrote. “My intention is never to offend my constituents or Jewish Americans as a whole. We have to always be willing to step back and think through criticism, just as I expect people to hear me when others attack me for my identity. This is why I unequivocally apologize.”

“At the same time, I reaffirm the problematic role of lobbyists in our politics, whether it be AIPAC, the NRA or the fossil fuel industry,” Omar continued. “It’s gone on too long and we must be willing to address it.”

Omar’s attempted apology drew stern criticism online with many notable figures noting that they did not believe her apology was sincere or that she had actually learned anything.

“For her apology to be believed, one would have to believe that she didn’t know of the anti-Semitic trope that Jews use their money to control world politics,” The Republican Jewish Coalition tweeted. “Furthermore, she equivocates by saying that she finds pro-Israel advocacy to be problematic. Her apology is not accepted.”

For her apology to be believed, one would have to believe that she didn’t know of the anti-Semitic trope that Jews use their money to control world politics. Furthermore, she equivocates by saying that she finds pro-Israel advocacy to be problematic.

Her apology is not accepted https://t.co/BPOPxiSDVU

You’re like an abusive spouse who apologizes every time you get caught. Sorry, lady, we stopped being the world’s punching bag 70 years ago. https://t.co/O5ZSBREZ6o

To be clear, she’s not listening or learning because she keeps using anti-Semitic tropes to push her anti-Semitic agenda, then pretending she’s not heard of the tropes. She apologized only after the Democrats put out a huge statement condemning her hate. https://t.co/RuxFX1FVWH

A two paragraph apology that is one paragraph too many. https://t.co/NzUtdNFxCx

Fool me once, shame on you.

Fool me twice? No thanks.

Sorry @IlhanMN, no one accepts your ‘apology’. You knew exactly what you were saying. As you did each of the previous times you expressed your vile bigotry & Antisemitism.

Shame on you! You are an embarrassment to Congress!

Omar apparently doesn’t understand what the word “apology” actually means. You can’t say your sorry for your comments, then turn right around, in the same breath, and say the exact same thing you said before.

What she’s really saying is she’s sorry that her opinion offends you, but that’s your problem not hers. What a peach.

Leftism and anti-Semitism go hand-in-hand so this isn’t a surprising. Where are the liberals who are all about equality? Do they not believe their own people should obey their principles and precepts? Guess not.