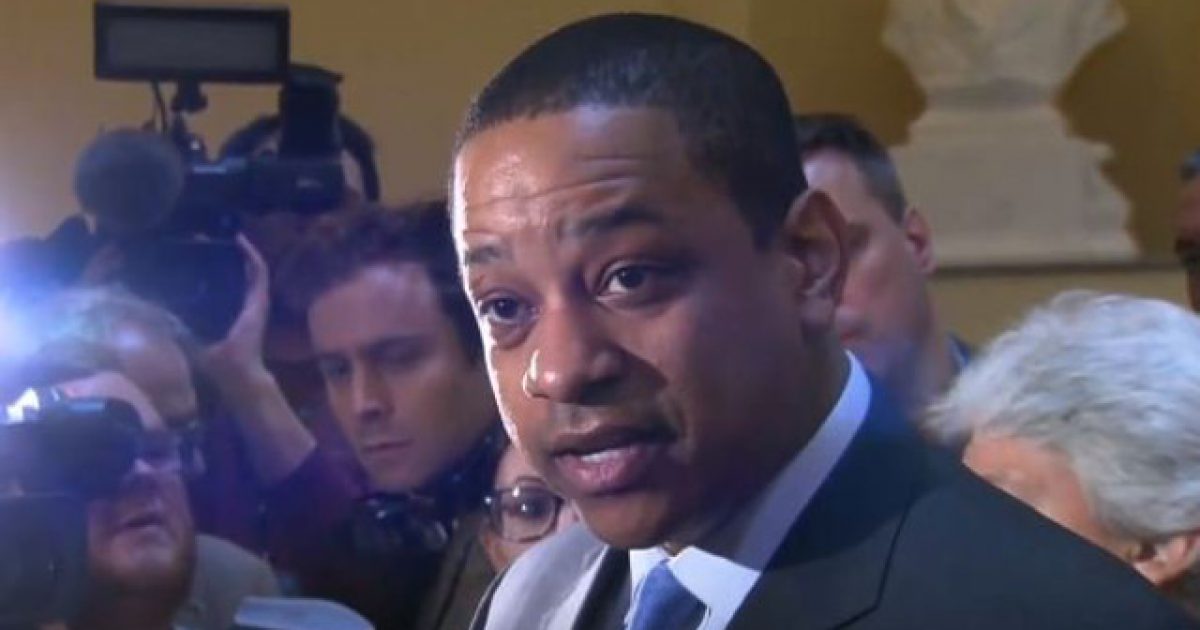 There seems to be no end in sight to the absolute insanity going on in the state of Virginia right now, what with Gov. Ralph Northam — who supports murdering babies — being wrapped up in a blackface scandal and his lieutenant governor now facing a rather serious sexual assault allegation.

Apparently that was just the beginning. Now, it seems the accuser of Lt. Gov. Justin Fairfax has hired the attorney that once represented Christine Blasey Ford against SCOTUS Justice Brett Kavanaugh.

And shock of all shocks, Fairfax has hired the same legal team that represented Kavanaugh. You can’t make this stuff up, y’all.

The law firm, the “boutique trial firm” Wilkinson Walsh Eskovitz, represented Kavanaugh amid the series of uncorroborated accusations against him prompted by his nomination for the Supreme Court. The most high-profile of Kavanaugh’s accusers was professor Christine Blasey Ford, who hired the famous liberal activist firm Katz, Marshall & Banks LLP — the firm Fairfax’s accuser, Dr. Vanessa C. Tyson, has retained.

Though Tyson’s hiring of Ford’s legal team hit the papers first, Fairfax had actually hired Kavanaugh’s lawyers a year ago when he first learned of Tyson’s accusations.

Fairfax learned of her accusations when he was contacted by the Washington Post, to whom Tyson had revealed her claims when Fairfax became a candidate for lieutenant governor. The Post ultimately declined to report on the accusations against the Democrat.

As the Daily Wire noted, the Post was the same paper that first published Ford’s bombshell claims against Kavanaugh. The reason the Post gave for choosing not to publish Tyson’s accusations: It coudn’t find “anyone who could corroborate” them. Ford’s claims were never corroborated; in fact, the witnesses she named all refuted her claims.

It’s almost comical to see how the left is reacting now that one of their own has been accused of the same kind of crime that Kavanaugh was accused of back in the fall. And here they are, taking the exact same kind of action.

Wonder how they feel having the shoe on the other foot for once? Will they be consistent in the application of their principles and demand this guy step down from his post and be tossed in jail immediately?

Or are they calling for a fair trial and due process?

See, folks. This is why our current system exists the way it does.