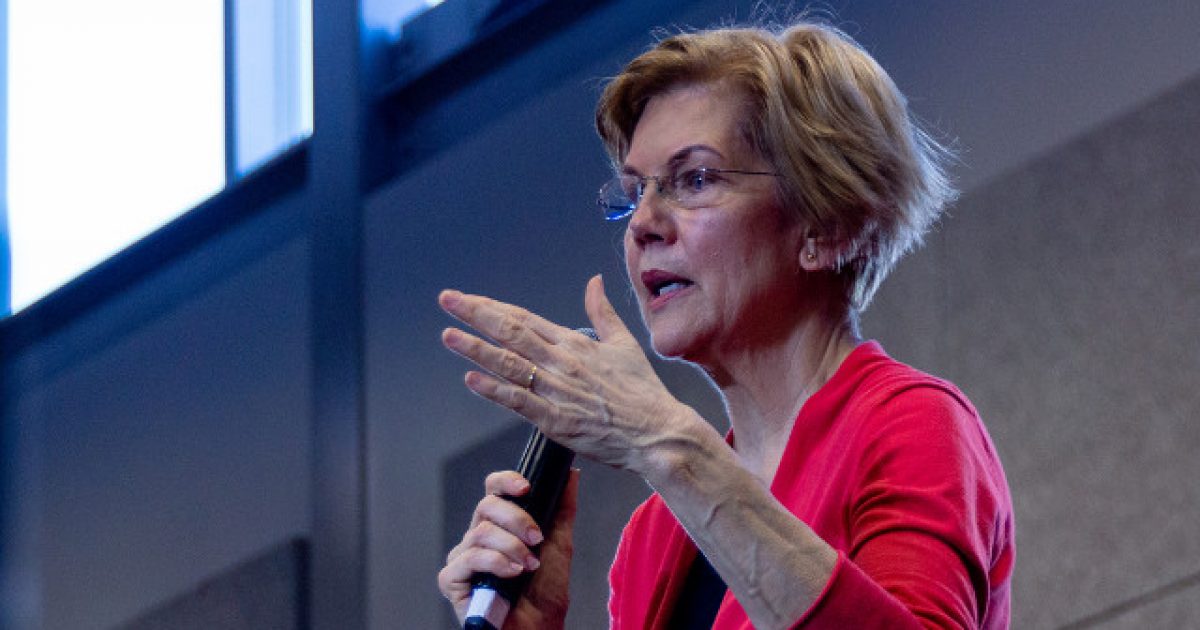 Well, it finally looks like Sen. Elizabeth Warren’s dream of being part of a Native American tribe could become a reality, thanks to an unrecognized, “mixed blood” tribe who has offered her a membership.

Founded after they were rejected in 2000 by existing Native American tribes for not meeting bloodline requirements, the “Una Nation” doesn’t have a high bar for membership. Twenty-nine-year-old Richard B. Lake III, who is the “King” of the tribe, told KVAL earlier this month a member only needs one ancestor who was Native American or an indigenous person.

Warren would meet that requirement. After years of criticism from Republicans and “Pocahontas” taunts from Donald Trump over unsubstantiated claims of past Native American ancestry, she released a widely panned DNA test in October showing she was between 1/64th and 1/1,024th Native American.

Lake showed the news station a “Certificate of Tribal Enrollment” signed by “[His Majesty] King Richard II Ziwahatan.” It reads:

I, Richard the Second, the First of Ziwahatan, By the Grace of En (Great Spirit) and the Will of Ka (Mother Earth), Sovereign, Protector, and King of the Una Nation, which is the only specifically Indigenous American Mixed-Blood internationally and domestically recognized, fourth largest tribal nation in the United States, striving to spread hope and love to all Indigenous American Mixed-Bloods who have no place to call home or are shunned away for being less than someone with a higher Indigenous blood-quantum (1/4, 1/8 etc) state that they have one; the Una Nation.

In keeping with our mission to bring Mixed-Bloods together as the Una Nation, to have something of our own and somewhere to preserve our cultural heritages and share our histories with each other; something that has been done for thousands of years, we grant enrollment within the Una Nation, as an Indigenous American Mixed-Blood, to Elizabeth Ann Warren, Senator from Massachusetts.

This enrollment is not only for Senator Warren, because since our laws dictate that enrollment is passed down from an enrolled member. This means that her children (Amelia and Alexander) grandchildren, great-grandchild, etc, will have a tribal family with open arms. Spousal Enrollment is hereby granted to Senator Warren’s husband, Bruce Hartling Mann.

Henceforth, this document shall be law within the Una Nation.

As of this writing, Warren’s campaign has not responded to requests for comment on the invitation.

Ever since the whole DNA result situation, Warren has faced an uphill battle withe public on both sides of the aisle. She’s attempted to apologize for claiming Native American ancestry, stating that her previous claims were based on family stories and not actual tribal citizenship.