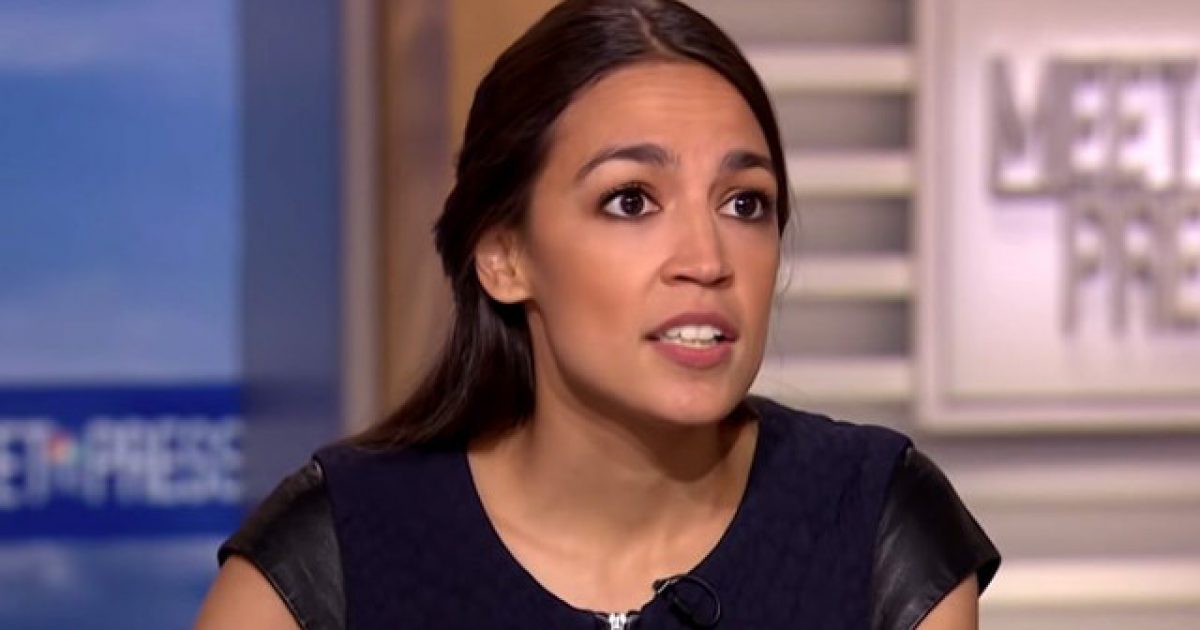 After releasing her “Green New Deal” yesterday, the world had a nice belly laugh at the ridiculously lofty goals Rep. Alexandria Ocasio-Cortez set for the future of America.

A future, by the way, that would be communistic rather than socialistic with massive intrusion into our lives by a bloated federal government. The word of the day for AOC is “tyranny,” which she apparently loves.

As if she wasn’t already covered in the news enough, now you’ll also be able to watch a documentary about her on Netflix, which the streaming giant purchased for a million dollars.

Ocasio-Cortez may be unpopular with the Democratic establishment, but her left-wing base in Hollywood and New York just cannot seem to get enough of her. On Thursday, Netflix announced it paid $1 million to secure the distribution rights to the Sundance Film Festival hit documentary, “Knock Down the House,” which features none other than the freshman Congresswoman as one of its subjects.

According to TheWrap, “Knock Down the House” took Sundance by storm and received a standing ovation at its premiere. The predominantly left-wing audience of sycophants also selected it for the Festival Favorite Award out of the 121 features screened at the festival. Here’s how TheWrap described the movie, directed by Rachel Lears:

When tragedy struck her family in the midst of the financial crisis, Bronx-born Ocasio-Cortez had to work double shifts in a restaurant to save her home from foreclosure. After losing a loved one to a preventable medical condition, Amy Vilela didn’t know what to do with the anger she felt about America’s broken health care system. Cori Bush was drawn into the streets when the police shooting of an unarmed black man brought protests and tanks into her neighborhood. Paula Jean Swearengin was fed up with watching her friends and family suffer and die from the environmental effects of the coal industry.

At a moment of historic volatility in American politics, “Knock Down the House” follows these four women as they decide to fight back despite having no political experience, setting themselves on a grassroots journey that will change their lives and their country forever.

“It is a transcendent moment when skilled filmmakers are able to train their lens on a major transformation,” said Lisa Nishimura. “With intimacy and immediacy, Rachel Lears and Robin Blotnik, bring viewers to the front lines of a movement, as four women find their voice, their power and their purpose, allowing all of us to witness the promise of true democracy in action.”

According to industry reports, “Knock Down the House” received offers from other distributers such as NEON, Focus, Hulu, and even Amazon.

There’s talk that Amazon decided to pull out of buying the film due to the fact that Ocasio-Cortez is not a big fan of the company’s business practices.

The only thing left to discuss about this nonsense is the fact that Ocasio-Cortez is oversaturated in the media and it sure would be nice to get a break from seeing her mug on a daily basis.

Hearing about her awful, awful ideas for our country is already torture enough.