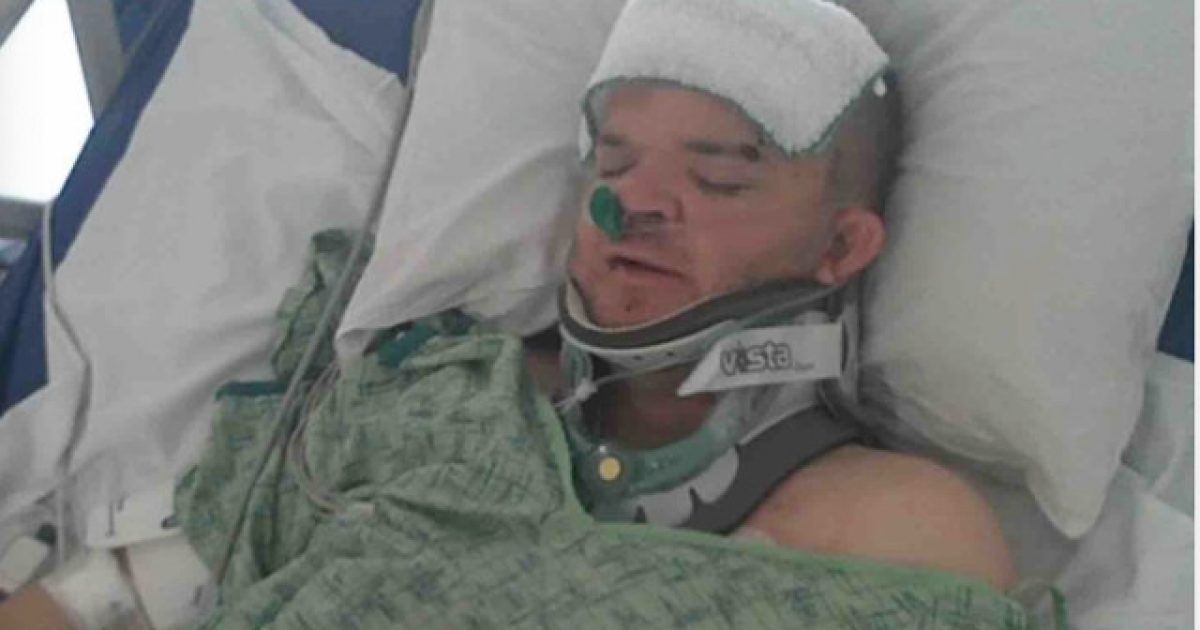 Dr. Jeff Huxford was a man who was living the good life as a successful family medical doctor and all the perks that come along with such a lifestyle when a car accident changed everything.

On May 3, 2013, Huxford was driving into town to pick up some items from a local hardware store, but a series of events unfolded that altered the trajectory of his life in mere seconds.

Huxford, author of the new book, “Finding Normal: An Uninvited Change, An Unexpected Outcome,” recently told “The Pure Flix Podcast” about how his near-death experience and the traumatic brain injury he suffered during the collision transformed his life and family.

“I stopped at the stop light, but a truck going the other way did not stop … [and] pushed my truck into a concrete pole,” Huxford said. “My head went through the driver’s side window and hit the pole … they had to cut me out with the jaws of life.”

The very serious accident led paramedics to transport Huxford to Chicago, where he received treatment for his injuries.

“It was a miracle that I survived,” he said, noting that the accident left him with “a severe traumatic brain injury” — an experience that forced changes throughout his entire life.

These changes were difficult and inevitably led him on an introspective journey he could have never imagined.

“After a brain injury a person has to find their new normal … and I didn’t really believe that at first,” he said, noting that he thought that with “enough hard work and enough time and determination” he could get back to the person he was before.

But the accident forced Huxford to retire due to his complications with traumatic brain injury, leaving behind his decade-long career as a physician.

Although the brain injury took away his ability to practice medicine, Jeff learned a multitude of wonderful truths about God and found his value and purpose rooted in Christ.

Huxford soon realized that some of the changes he faced were permanent, and that he had to truly embrace his new normal.

“This brain injury might have taken a lot from me, but it has also given me a lot,” he said, citing his Christian faith as the most profound benefit.

Huxford said that he grew up in a Christian home, but eventually came to a place in his life, before the accident, where he was apathetic and his faith was sort of hanging out in the background, an additive instead of something that informs his entire life.

The accident helped change that for him.

“I think over time I got really comfortable in my faith and it became more of a checklist type thing where I was making sure I was checking the right boxes,” he said. “It wasn’t about a relationship.”

The Bible teaches us that God is sovereign and that He’s in charge of every aspect of our lives. It’s all planned out by Him. Nothing happens to us that isn’t part of His plan for our lives.

This accident is working for Huxford’s good. What’s good for him? Being more like Christ. So while there was much pain and suffering, it’s through this ordeal that God is giving Huxford the greatest gift of all. Being like Jesus.

God is good. All the time.