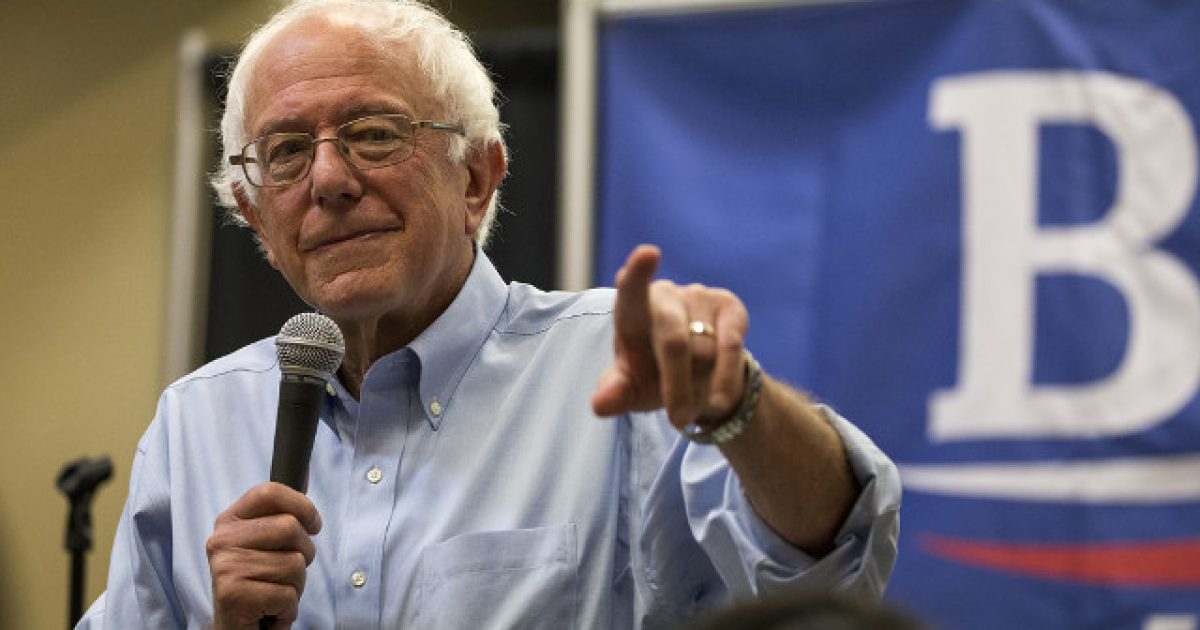 The Democratic National Committee is planning to sit down and have a chat with potential presidential nominees about their campaigns, which is sort of a tradition within the party that happens every election cycle.

However, this year, there’s going to be something a little different. Something that might make a few candidates a little less than enthused with the overall campaign process.

They’re going to have to sign a “candidate affirmation form.”

Independent Vermont Sen. Bernie Sanders can’t have it both ways and seek the Democratic Party presidential nomination without officially being a Democrat, according to the Democratic National Committee (DNC).

“Candidates who have officially announced their candidacy will have a week to return a signed copy of the affirmation form to the DNC,” the official told the Examiner. “As any additional candidates enter the race, they will be provided with the same information and will be required to return the form in the same time frame.”

The addition comes as a result of reforms that followed criticism that the 2016 nomination was completely controlled by party bosses. The winner of that contest, former Secretary of State Hillary Clinton, appeared to be an establishment favorite.

Under the new rule, the candidate has to “be a bona fide Democrat” who has not said or done anything in public life that would be contrary to the “interests, welfare, and success” of the party. A candidate has to attest to that commitment in writing, promising to run and potentially serve as a Democratic member.

Sanders, who ran a campaign in 2016 that nearly upset front-runner Clinton, is the early leader in an ever-growing pack of Democratic candidates. After declaring his candidacy for 2020 on Tuesday, Sanders picked up $1 million in donations within an hour and almost $6 million after 24 hours. He has already received the support of Democratic Vermont Sen. Patrick Leahy and Democratic Vermont Rep. Pete Welch.

Is Bernie going to be okay with agreeing to support the principles and platform of the Democratic Party, even if they go against his socialist principles? Will he end up being a pragmatist and sign it out of necessity, believing the only way he can win is from within the two-party system?

If he does agree to sign the document so that he can run as a Democrat, how will his abandonment of core socialistic principles impact his supporters, particularly those of a younger demographic, who already feel disillusioned with the party establishment?

These are all questions we’ll just have to wait to have answered, though it seems highly unlikely that fans of his are really going to care. Given the folks who have signed on to do battle with Trump next year, Sanders is, at this point, the clear choice.