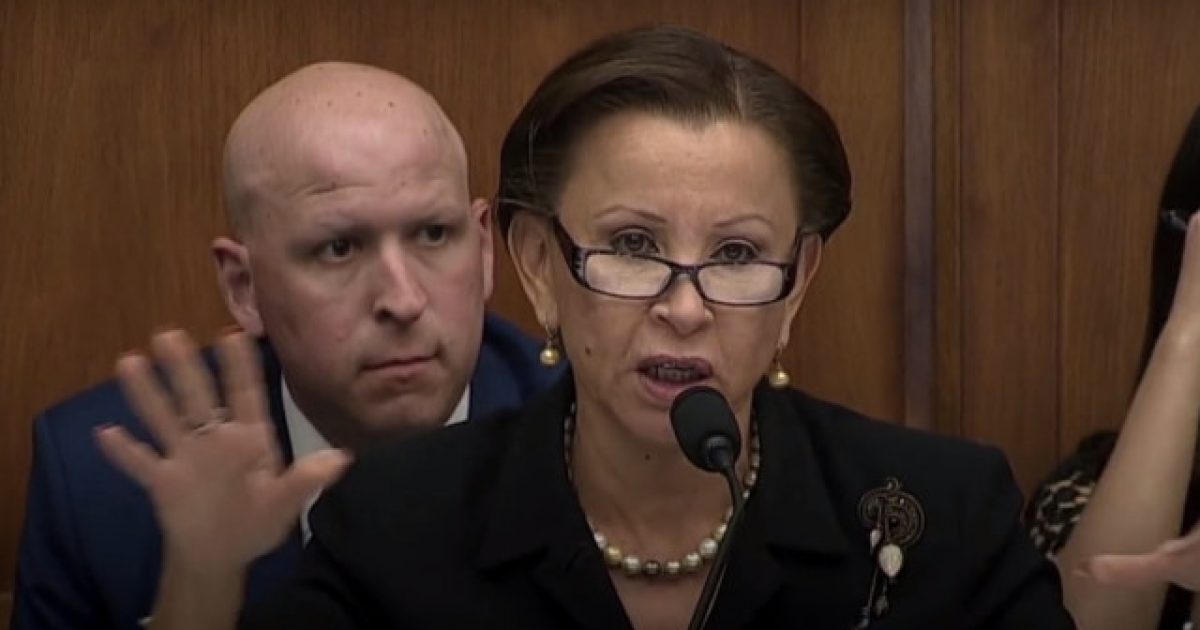 CJ Pearson, a 16-year-old pro-Trump political pundit, tweeted during the president’s State of the Union address about U.S. Rep. Nydia Velazquez of New York, referring to her as the “woman next to” Rep. Alexandria Ocasio-Cortez, adding some commentary about their reactions to the speech.

Apparently this didn’t sit well with Velazquez, who then responded saying Pearson was “right to be afraid of us,” a remark that did not at all go over well online.

.@AOC has been talking this entire speech and the woman next to her keeps trying to look the other way ????????.

Velasquez didn’t take too kindly to the kid’s characterization and fired back a rather blustery response:

Hi @TheCJPearson, I’m not “the woman sitting next to her”. @AOC and I — and millions like us — are the future of this country. And you’re right to be afraid of us.

But you should learn my name. https://t.co/frL8ikNDcV

Velasquez’s tweet was inundated with 22,000 replies as of Thursday morning compared to over 7,800 likes — a typically negative sign known as being “ratioed” on the social media platform.

Among those commenting on her tweet was conservative strategist Chris Barron, who posed an interesting reverse scenario:

Imagine the reaction if a Republican had told a black high school student that he is right to fear her. https://t.co/AmKUm4TH4n

Why is a congresswoman telling a high school student to be afraid? Are threats from politicians to minors cool, Twitter? Or just code related stuff is bad? https://t.co/jqcMfWqyrl

Here are some other reactions:

“What’s truly sad and scary is that a politician says we should be afraid!”

“An elected official telling a citizen they should be afraid of the government. Imagine that.”

“Perhaps you would like to clarify what, exactly, the young man should fear from his elected representatives?”

“Oh, we learned your name. We remember those that threaten us. Just know I and millions like me aren’t afraid of anyone who works for us. You included.”

“This is an elected member of Congress telling us we should be AFRAID of her. This is how dictators think, folks: The government doesn’t serve the people, the people bow down & live in fear of the gov. Don’t take them lightly…they are potentially very dangerous.”

“The fact that you’re telling people they should be afraid of their elected officials is reason enough to prove just how important 2A is.”

How did Pearson himself respond?

I’m sorry if I bruised your ego but genuinely, I really don’t know you are. Do less tweeting and more work, Congresswoman. Maybe, then, more Americans will know your name. Be blessed.

I’m sorry, Congresswoman, but as @realDonaldTrump said – socialism will NOT be the future of this country.

And Nydia, nothing about you nor @AOC scares me. It’s your policies- that jeopardize the stability of our nation and the future of my generation- that scare me. https://t.co/UjHHwSaCpv

Today, a Democratic Congresswoman got slayed.

She told me I should fear her. She told she was the future.

But what she should fear is the fact that there are tens of thousands of kids just like me and that WE actually are the future.

Velasquez should be absolutely ashamed of herself for talking that way to a kid. He obviously had no idea who she was and was tweeting about the SOTU. Who’s going to pause mid-tweet to look up someone when they don’t have a clue who that individual is?

Pearson’s right. This is about bruised ego. Velasquez is not secure in her place or personality, otherwise she wouldn’t have cared in the slightest about Pearson’s remark. Especially since it wasn’t personal in the slightest.

Is that really the kind of person you want representing you?