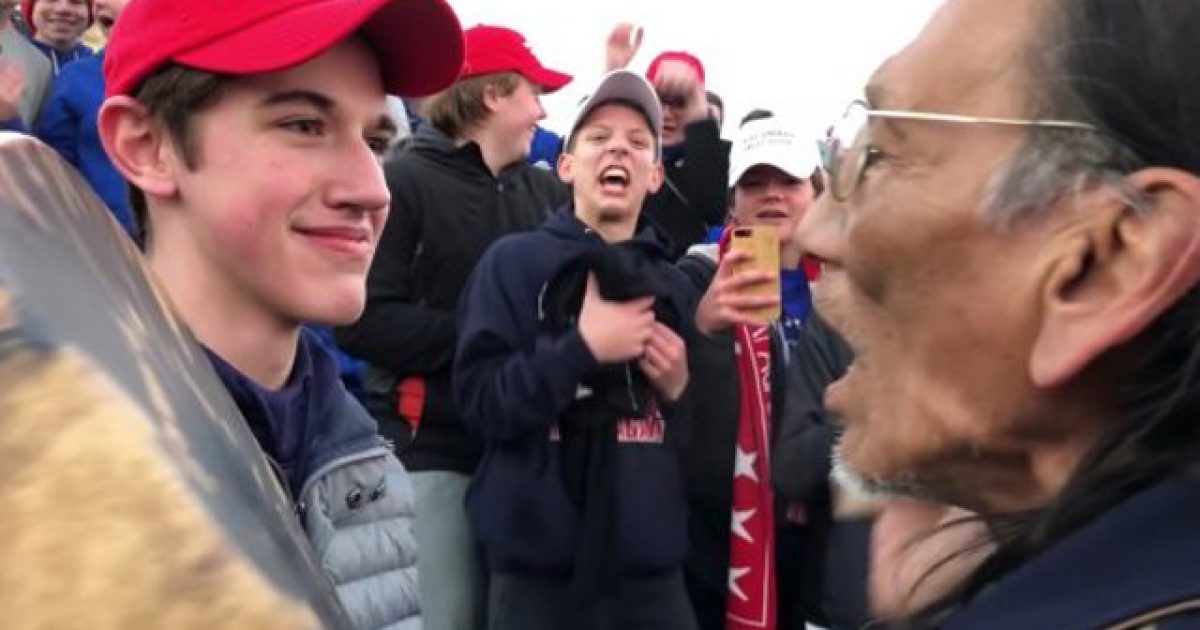 The attorney for Covington Catholic High School junior Nick Sandmann says he will begin filing lawsuits this week, as the Kentucky diocese has released a private investigative report that clears the students of instigating the incident at the Lincoln Memorial on January 18.

“Nick Sandmann is 16 years old & has 2½+ years to identify accusers & sue them,” Atlanta attorney L. Lin Wood said Saturday on Twitter. “No member of mainstream & social media mob who attacked him should take comfort from not being sued in initial round of lawsuits which will commence next week. Time is Nick’s friend, not his enemy.”

In videos of the incident, Nick is the student wearing a “Make America Great Again” cap who smiles as American Indian activist Nathan Phillips approaches him, chanting and pounding a drum. Nick and his classmates, who gathered for the March for Life on the National Mall, had felt the sting of insults from a group called the Black Hebrew Israelites.

“We found no evidence of offensive or racist statements by students to Mr. Phillips or members of his group,” the report said. “Some students performed a ‘tomahawk chop’ to the beat of Mr. Phillips‘ drumming and some joined in Mr. Phillips‘ chant.”

Since these folks foolishly participated in knee jerk reactions that slandered this young man and ruined his reputation, each and every person that gets served in this case deserves what they get and then some.

Everyone this day and age wants to issue a hot take on issues of the day, often times without being in possession of all the facts. Perhaps more legal action being taken against such individuals will help them learn to slow their roll a bit?

We can only hope, right?