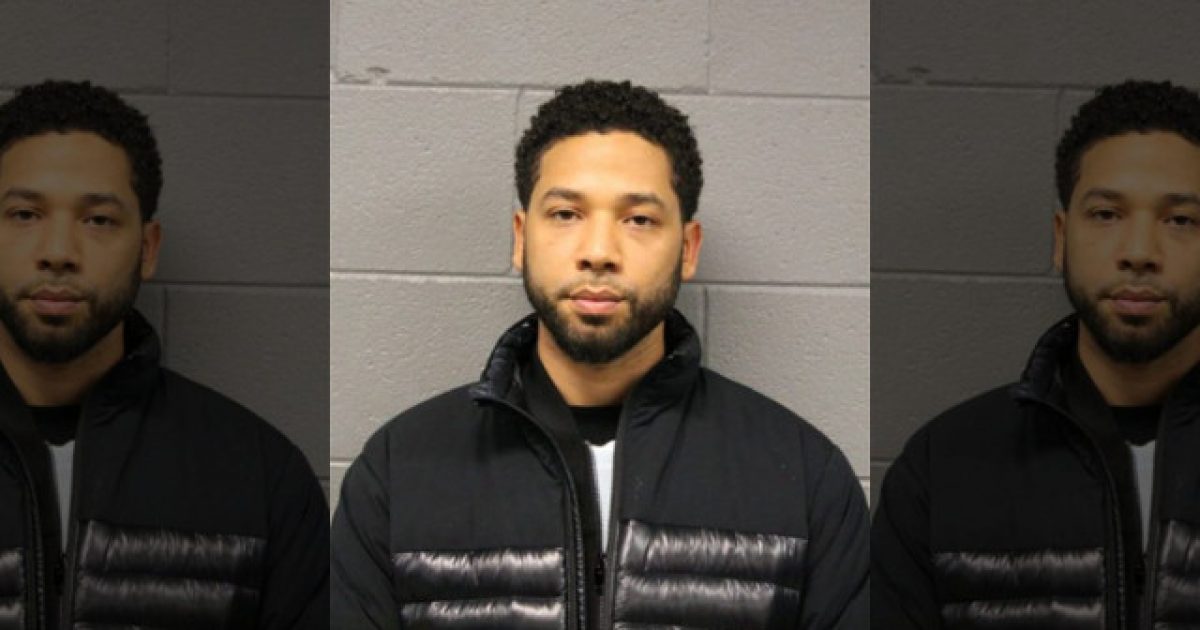 Chicago police are none too happy with actor Jussie Smollett and the elaborate hoax he pulled off involving two fake hate crimes, one of which involved an alleged attack, the other a threatening letter, both which were done in order to land him a pay raise.

This Smollett guy is a real piece of work, isn’t he?

Chicago Police Superintendent Eddie Johnson said Smollett orchestrated a “phony attack” in order to take “advantage of the pain and anger of racism to promote his career.”

Johnson said at a news conference Thursday that Smollett, 36, also sent a racist and homophobic threatening letter to himself at the Fox studio lot before the attack because he was dissatisfied with his salary.

“I’m left hanging my head and asking why,” a visibly upset Johnson told reporters. “Why would anyone, especially an African-American man, use the symbolism of a noose to make false accusations? How could someone look at the hatred and suffering associated with that symbol…how can an individual who has been embraced by the city of Chicago turn around and slap everyone in this city by making this false claim?”

Following three weeks of mounting suspicions, Smollett, who is accused of filing a false police report, was charged Wednesday with felony disorderly conduct. He turned himself in at central booking early Thursday. If convicted, he is facing up to three years in prison.

Smollett told police he was attacked by two masked men as he was walking home from a Subway sandwich shop at around 2 a.m on Jan. 29. The actor, who is black and gay, said the masked men beat him, made derogatory comments and yelled “This is MAGA country” — an apparent reference to President Donald Trump’s campaign slogan, “Make America Great Again” — before fleeing.

Police are saying that’s not at all how events unfolded.

Johnson went on to say that police discovered the check Smollett used to pay the two brothers to help him fake the beating. He paid them $3,500 for both of them, and then an additional $500 upon return.

What really showcases how mentally disturbed Smollett might actually be, is the fact that the two brothers did not inflict any of the bruising and scratching found on the actor’s face. Those were likely self-inflicted. Who does that?

“This is shameful because it painted this city that we all love and work hard in, in a negative connotation,” he said. “To insinuate and stage a hate crime of that nature when he knew that as a celebrity he’d get a lot of attention… It’s despicable. It makes you wonder what’s going through someone’s mind.”

“As a black man, who spent his entire life living the city of Chicago, I know the racial divide that exists here. I know how hard it’s been for our city and our nation to come together,” he said. Johnson added that “absolute justice would be an apology to this city that he smeared….admitting what he did and then be man enough to offer what he should offer up in terms of all the resources that were put into this.”

This is truly sad and pathetic. If he wanted to further his career, perhaps actually doing a good job and growing in his craft would’ve been a wiser choice to make.